The letters could reveal personal information about the buyers that could lead to discrimination, or even the perception of it. 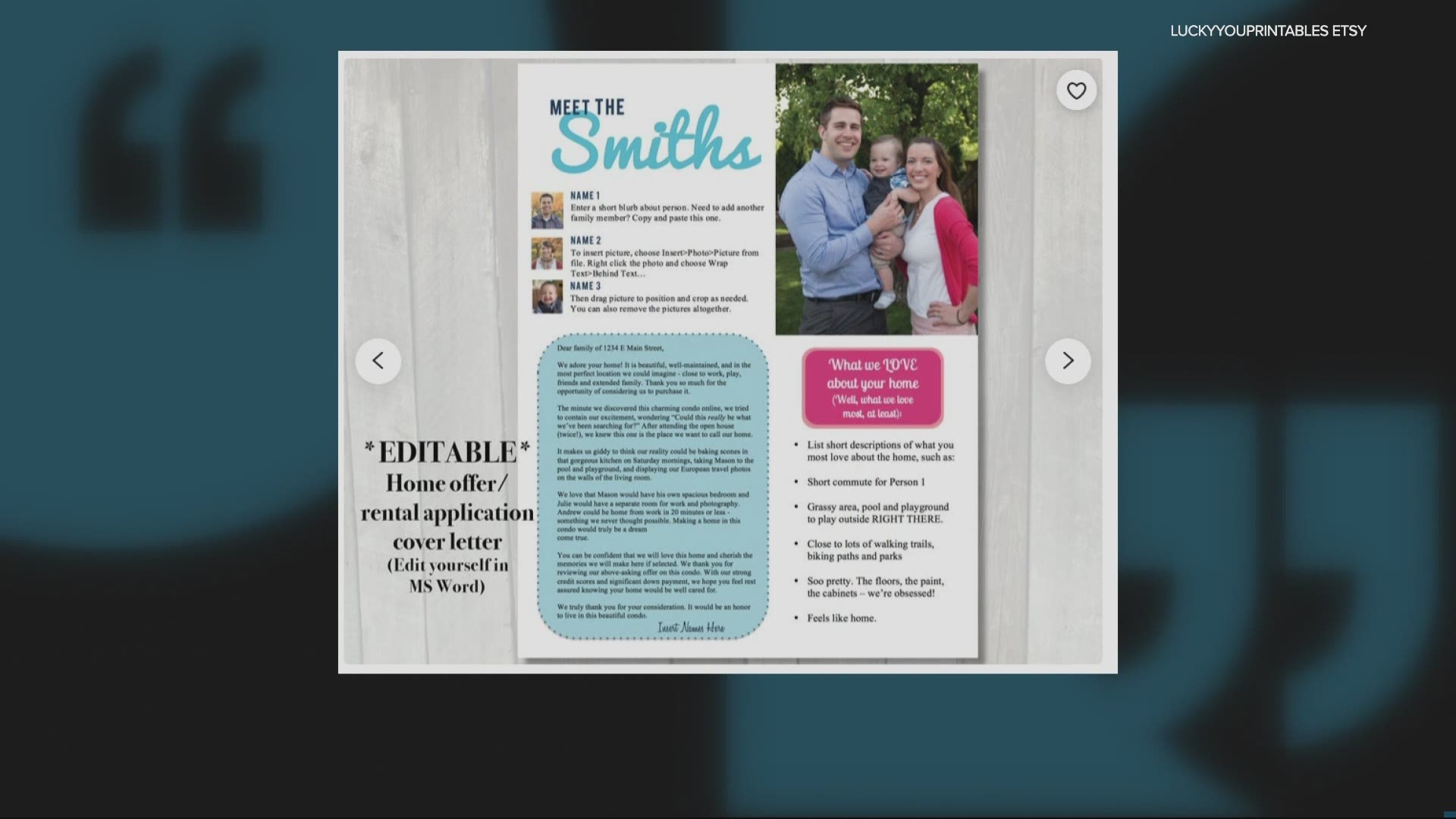 PORTLAND, Ore. — Home buyers in Oregon will no longer be able to submit "buyer love letters" with their offers in an attempt to sway sellers to accept their offer over others. Gov. Kate Brown signed House Bill 2550 in June, which directs seller's agents to reject direct communications from buyer to seller, outside the scope of a traditional offer.

Buyers will often include personal, heartfelt letters to sellers with their offers, telling them how much they love a home, how they can envision their family growing there, or that they see themselves hosting holiday dinners in the kitchen. The problem lies in that those letters could reveal personal information about the buyers that could lead to potential discrimination. Sellers aren't allowed to discriminate based on protected status, such as race, gender, religion or family makeup, and a letter could open the door to discrimination, or even just the perception of it.

"The National Association of Realtors has actually advised against them, mainly because it rides a line of being perceived as violating fair housing rules or regulations," said Paul Knighton, CEO of More Realty.

"An example—when a letter comes in, if it describes the family situation or circumstances, whatever that may be, or indicates or gives a clue to a religious or any other protected class, there's always the risk that a seller could be accused of making a decision based upon inappropriate factors," Knighton said.

Oregon is the first state to make it illegal. The bill's chief sponsor, Rep. Mark Meek (D-Clackamas), is a real estate agent.

The sale should come down solely to the terms and conditions of your offer, Knighton said. He acknowledged it's a tough market for buyers right now, but said love letters rarely tip the scales.

"You really have to put your best foot forward, make it a clean offer as possible," he said. "The truth is, this is a incredibly strong seller's market. There's 0.7 months of inventory on the market. The more months of inventory, the closer you get to a buyer's market, but right now it's such a strong sellers market that all the buyers can do is work hard and do their best to put their best foot forward in the offer."