Kris Brannon of Tacoma was a sports super fan known as the "Sonics Guy,” who pushed for the return of the Seattle SuperSonics. He died in February. 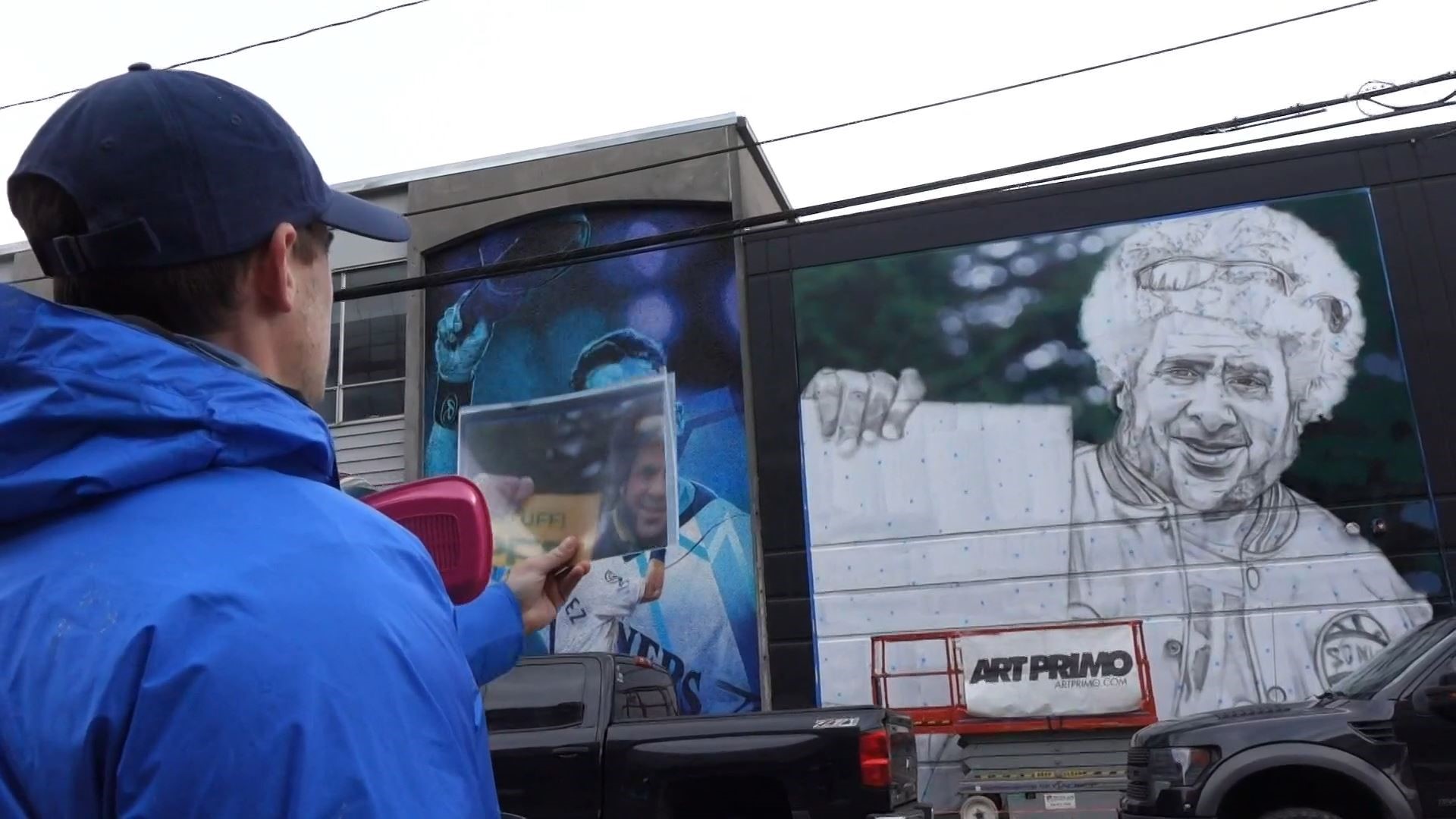 SEATTLE — From the time the Seattle SuperSonics left town in 2008, Kris Brannon, known as the "Sonics Guy," was on a mission to keep the green and gold alive. From city council meetings to community rallies, the Sonics Guy was always visible, carrying a sign that said "Bring back the Sonics!"

Now Brannon will be sharing the street with Seattle sports legends like Walter Jones, Jack Sikma and Edgar Martinez, with a large mural honoring the man, who died at age 47 in February.

Family, friends and fans have been grieving since the news broke that Brannon passed away of heart failure. The Sonics Guy was a fixture at just about every sporting event, recognizable as a 6-foot 5-inch billboard for his favorite team.

Weirdo, who took his name from being called a "weirdo" growing up, is one of Puget Sound's best-known muralists, with his work all over the city and more than 41,000 people following him on Instagram @weirdocult.

Weirdo invites fans to come down and see the tribute to Sonics Guy and "feel his energy.”

The painstaking process of painting the truly lifelike mural of Brannon will be completed by the end of the month and you can see the work in progress along 1st Avenue, just south of T-Mobile Park.

Credit: AP
Kris "Sonics Guy" Brannon, right, holds a sign that reads "We're Next," as he attends an NBA basketball preseason game between the Golden State Warriors and the Sacramento Kings, Friday, Oct. 5, 2018, in Seattle. Brannon is one of many superfans waiting for the return of the Seattle SuperSonics to Seattle. (AP Photo/Ted S. Warren)