The most haunted hikes in Washington

Looking for a bit of a scare this Halloween but still want to get outdoors? Why not try going on a spooky hike? 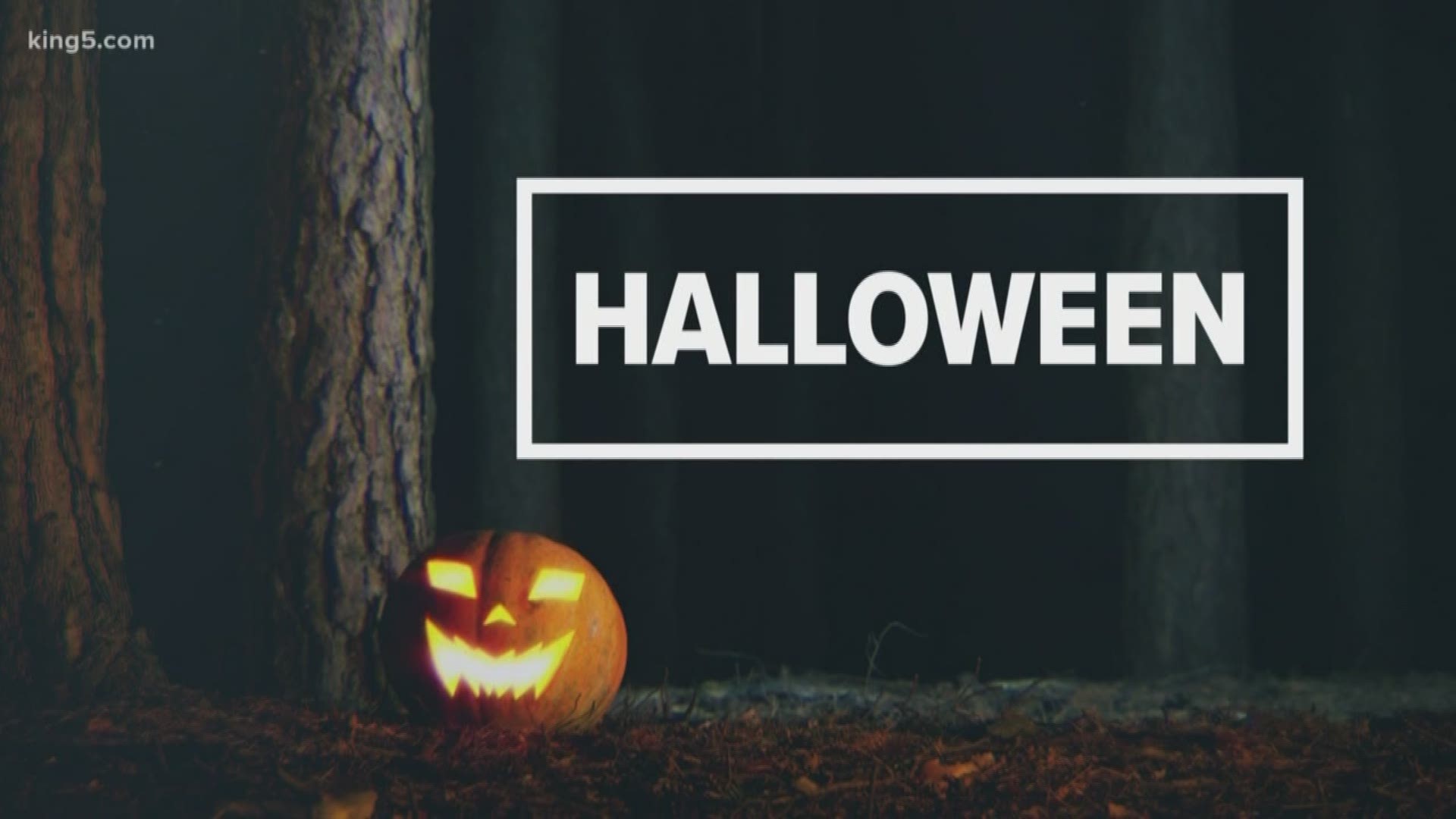 If you're looking for a scare but would prefer to get some exercise and fresh air while you're at it, consider going on one of several haunted hikes in the Pacific Northwest.

Here’s the criteria. First off, it has to be creepy, eerie, and ominous. Next, it should have a haunted past. Sasquatch sightings are a plus, as well as having vampire features.

The Washington Trails Association suggests the following trails will give you the creeps:

The six-mile roundtrip Iron Goat Trail is the site of the Wellington avalanche disaster of 1910, the deadliest avalanche in U.S. history.

In the early 1900s, two trains crossing the Cascade Crest were knocked off the tracks by an avalanche. The trains were pushed into Tye Creek. Dozens of people died.

It’s now a recreational and historic interpretive hiking trail that takes you along the old railroad grade and up to several abandoned tunnels (don't go into the tunnels – they're dangerous!). The tunnels and railroad grade have been abandoned since 1929, but you can still find the twisted railway left behind more than a century ago.

Though the railroad and tunnels were decommissioned nearly two decades later, a portion of it was turned into what is now known as the Iron Goat Trail.

Of the more than 600 Sasquatch sightings in Washington, the majority of them come from here, especially around Mount St. Helens.

Located along Mountain Loop Highway, the seven-mile roundtrip hike will take you past old relics and mossy structures that give off a certain haunting vibe.

The hike takes you through a mossy forest and along a river canyon. Long ago, lime was produced from the limestone in the area in a kiln that still stands today. Though much of the remains of the former railroad and communities are gone, there is enough left to make it worth the trip.

Depending on how you feel about lichen, the Hoh River Trail in the Olympic National Park can be a bit creepy, especially when combined with the cold, damp environment of the rainforest.

This area gives hikers plenty of room, with miles of trail to explore.

Mine Shaft Trail may be short, but it definitely lives up to being one of the most haunted hikes in the region.

Located within Cougar Mountain Regional Wildland Park, the trail takes hikers to a now-closed mine shaft. Though the mine is gated off, those brave enough can peer down the hole in the ground and listen for the whispers of former miners.

When Mount St. Helens erupted on May 18, 1980, logging operations were underway in the surrounding area. It's only about a mile in this 10-mile roundtrip hike that hikers will find remnants of the work being done on that fateful day.

A bulldozer - or what is left - still sits near the trail. Its metal cage is twisted and bent. Other logging machinery can be seen scattered around, and the twisted stumps in

Hikers that have been on the trail long enough may even return to the trailhead covered in ash.

There have been many Sasquatch sightings over the years near Mount St. Helens and the Gifford Pinchot National Forest, which makes Silver Star Mountain perfect for a Halloween hike, the Washington Trails Association points out.

A three-mile trail in Vantage makes for a perfect haunted jaunt.

The Ginkgo Petrified Forest gives hikers a glimpse into the past and maybe a few goosebumps. The remains of a fossil forest can be viewed from a three-mile interpretive trail.

Part of the Palouse to Cascades Trail is easily one of the spookiest areas to hike or bike.

The two-mile Snoqualmie Tunnel is dark, damp, and even on hot days will chill you to the bone.

Just make sure you go prepared. Bring a jacket and don't forget the flashlight.