Roof collapses in second fire in 2 days at Issaquah restaurant

A fire broke out at The Egg & Us in Issaquah on Wednesday morning, one day after another fire caught in the restaurant’s kitchen. 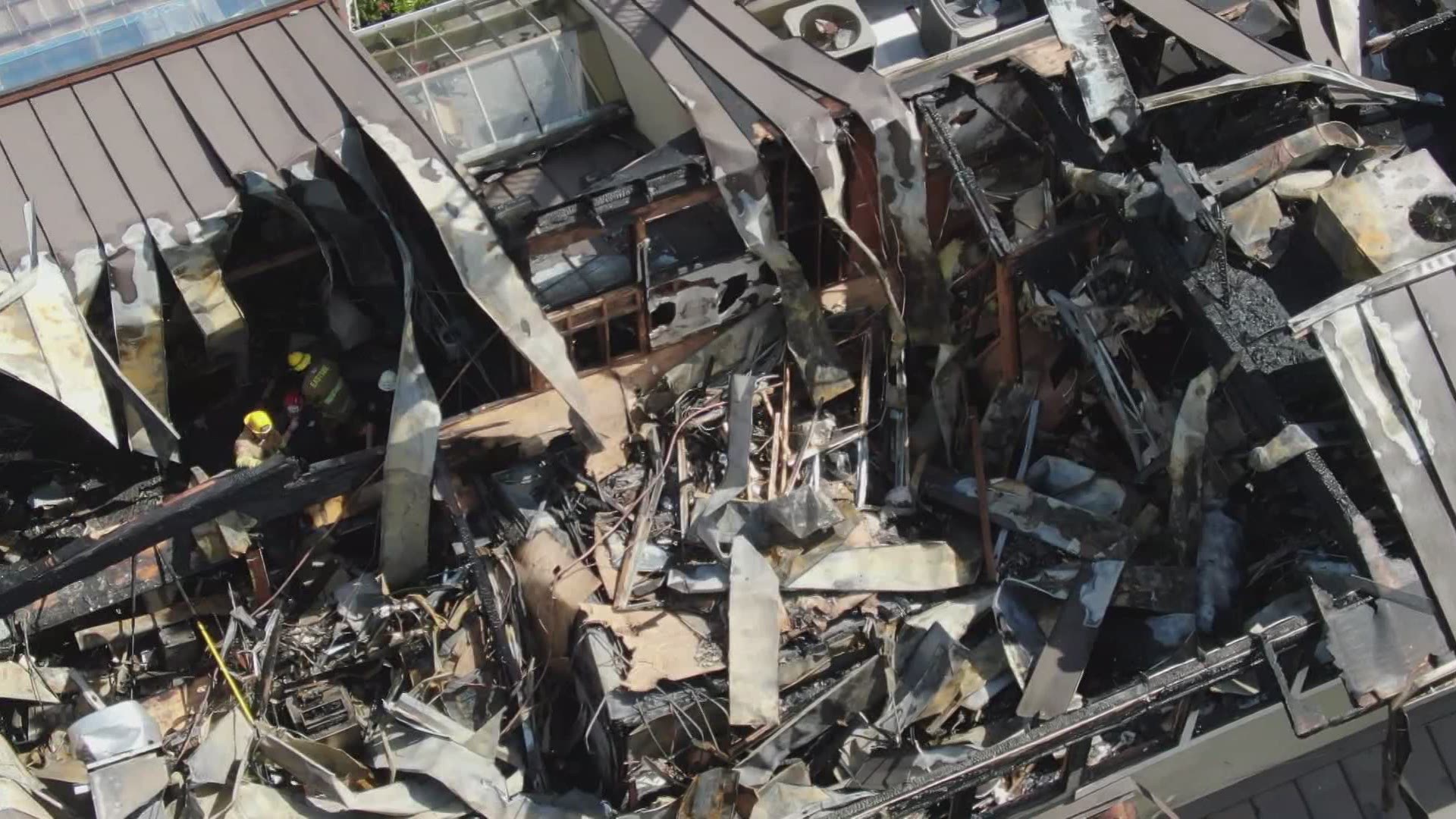 ISSAQUAH, Wash. — A fire ripped through The Egg & Us restaurant in Issaquah Wednesday morning.

Eastside Fire and Rescue responded to reports of flames at the restaurant in Gilman Village about 3:45 a.m., according to a fire department spokesperson.

The roof collapsed, and crews had to take a defensive position, according to the fire department. Crews stayed on scene until 4 p.m. monitoring hotspots and are expected to keep an eye on it overnight.

Hoa Tran, who owns the restaurant, said he could not believe the news Wednesday morning.

"Up to that point, I get to the intersection and see the fire truck there and I did not believe it," said Tran. "My restaurant is burned down. Until I stopped at the red light and I realized smoke is coming out of my building."

Tran said he had 40 employees at the location pre-pandemic.

"Some employees, they have a family we have to keep them going," said Tran.

A fire investigator responded to the scene and will work to determine the cause of the fire, according to Eastside Fire and Rescue.

Fire crews are responding to a second fire in less than 24 hours at the Egg and Us restaurant in the Gilman Village in Issaquah. Crews are not sure if the two fires are connected. No injuries reported. Cause of fire is under investigation. pic.twitter.com/C4HLHHL57S

A fire also broke out Tuesday at The Egg & Us in the kitchen, according to Eastside Fire and Rescue.

No one was injured or inside the restaurant during the Tuesday fire, according to The Egg & Us. 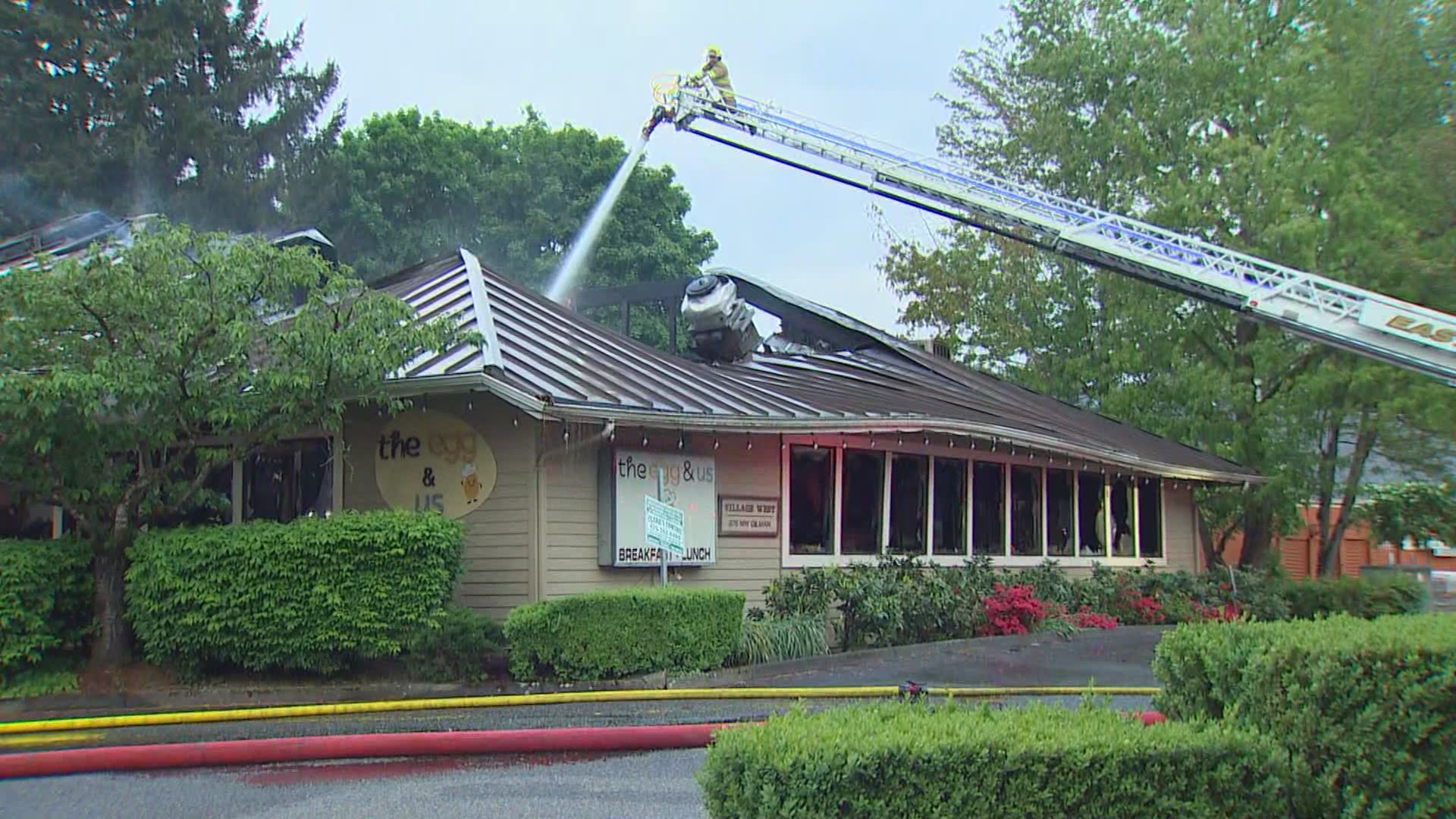