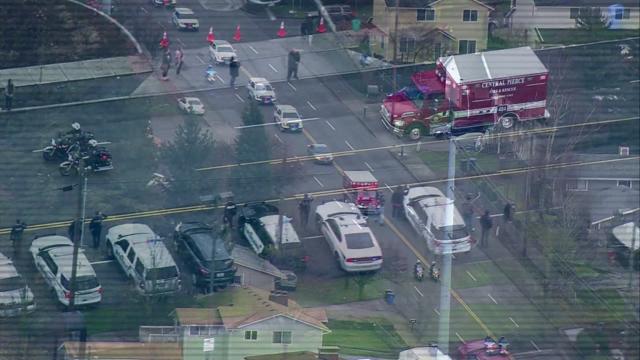 If viewing in the app, click here for video and live blog

A procession honored fallen Pierce County sheriff's deputy Daniel McCartney on Tuesday. McCartney was shot and killed in the line of duty while responding to a robbery in Spanaway Sunday.

"We have a family member that we lost. The law enforcement community is tight. We show support when we can and this is one of those days," said Deputy Todd Klemme, an honor guard member. 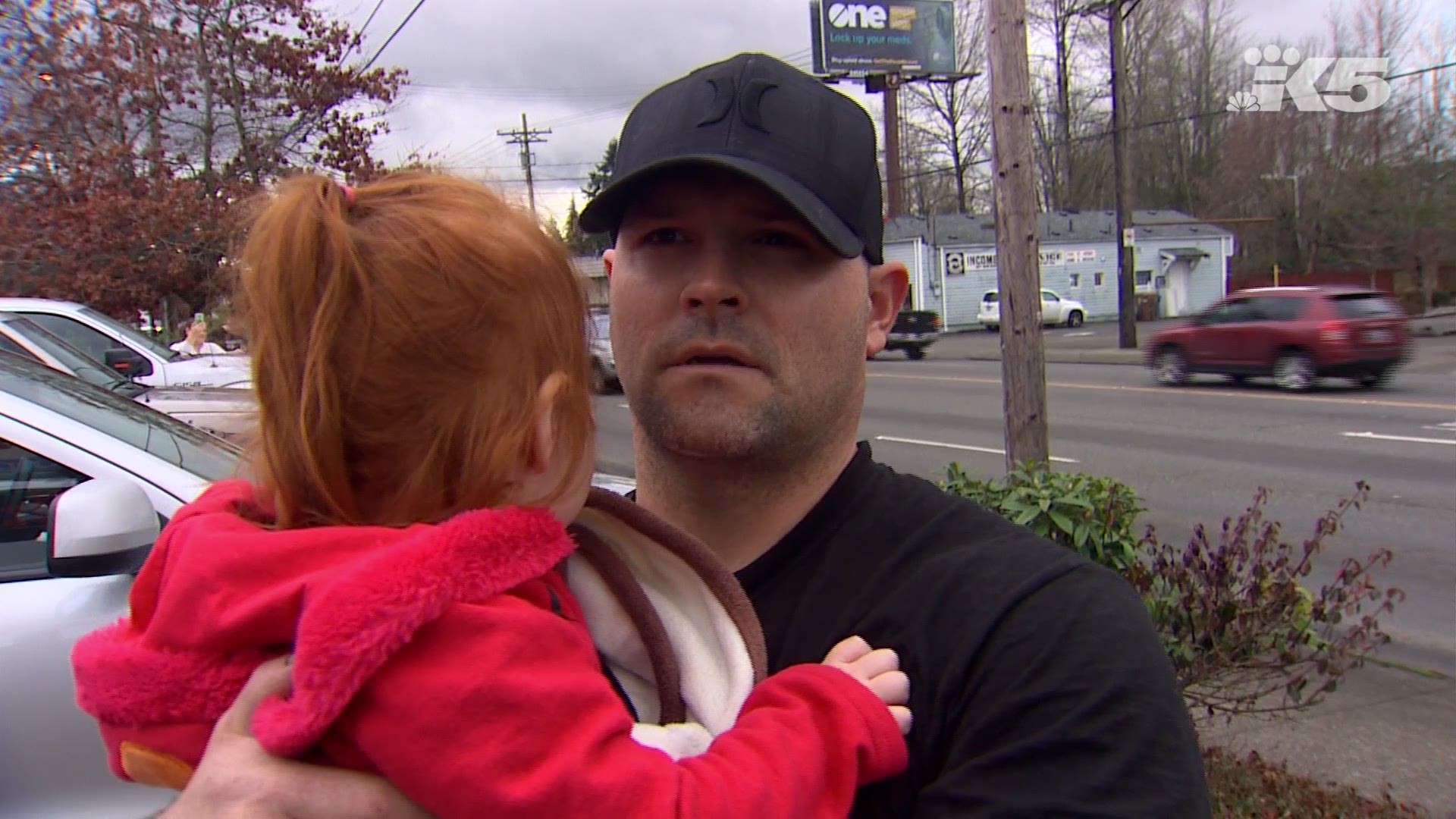 Those members will take turns watching over McCartney until he is laid to rest.

"We do this a lot. We do this too much. It doesn't have to happen this way. Unfortunately, it does. It's our time to be strong and supportive," Klemme said. 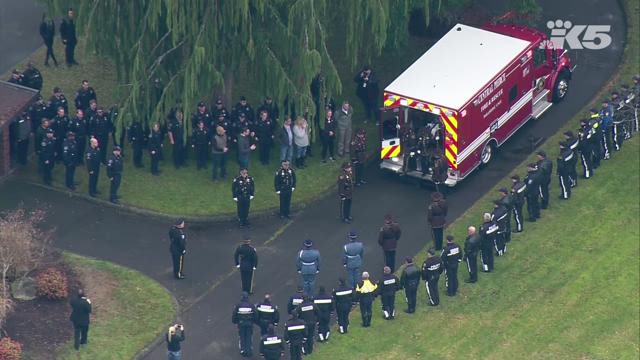 Citizens and law enforcement lined the route, paying their respects to McCartney.

“I'm here today because I had to do something to show my support to the family and friends and loved ones and to the community also. It's heartbreaking. It really is," said Shaunie Frederick of Tacoma.

“It's pretty touching. It's hard to watch,” said Doug Green, who stopped working for a few minutes to watch the ambulance carrying McCartney pass.

Hermine Soler said she was trying to think positive thoughts for McCartney's wife and three boys that survive him.

"That man gave his whole life, and we just gave a few minutes of our time to remember what violence does," Soler said.

“I sat down last night and I made three angels for the little boys and I made one for his wife and I delivered them to the police department in hopes that they would have them as they came here today," Frederick said.

The Sheriff's Department says one suspect was found dead at the scene. He was later identified as Henry Carden, 35. A second suspect, 32-year-old Frank William Pawul, was taken into custody on Monday morning.