The trains will take test runs between Bellevue and Redmond now through Nov. 19. 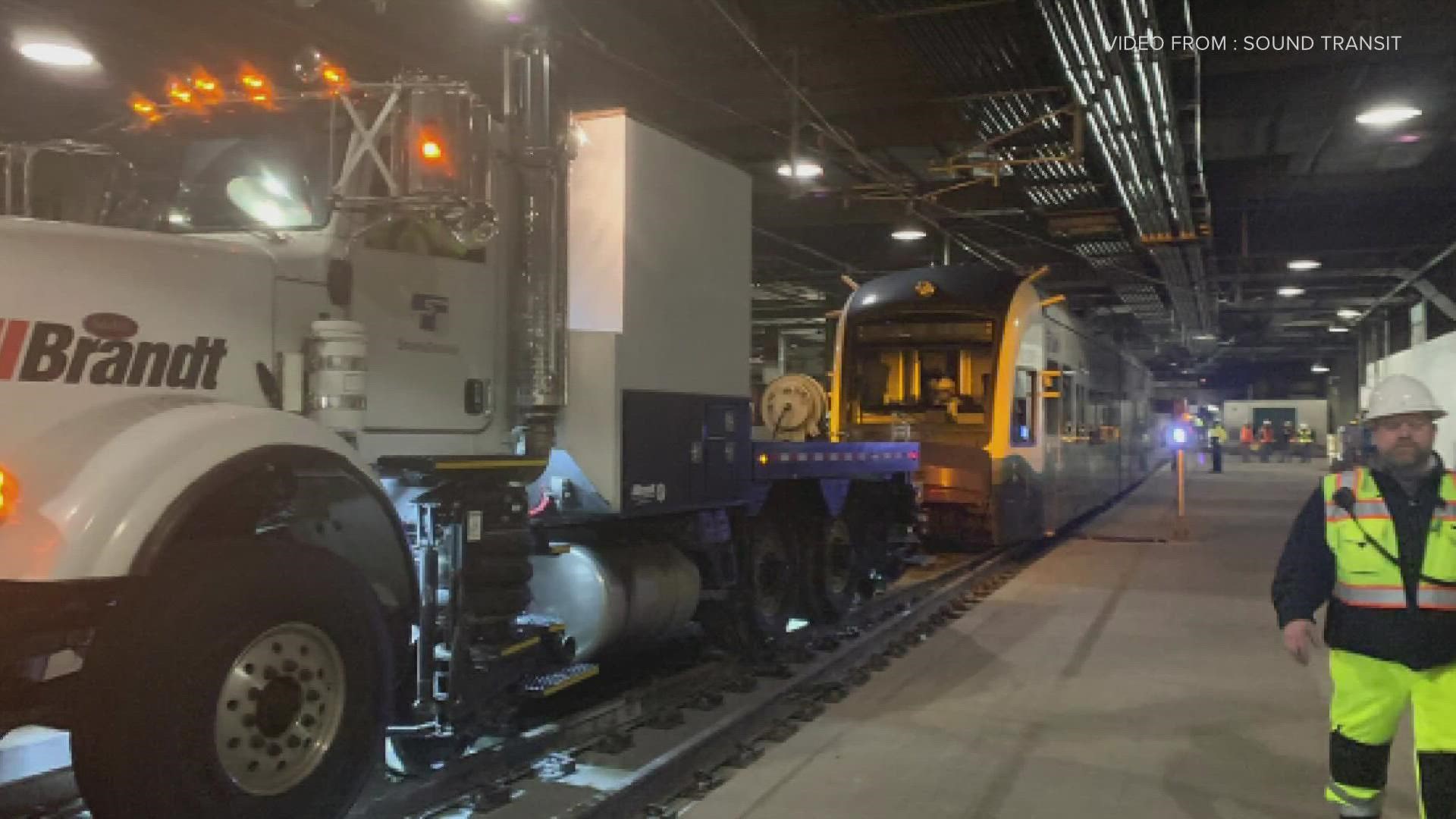 Train testing is underway on the East Link light rail line between Bellevue and Redmond.

Testing will run overnight from 9 p.m. to 5 a.m. now through Nov. 19 from the Bellevue Downtown Station to the Redmond Technology Station.

A rail vehicle will pull a single-car train at walking speeds to check clearance on the new light rail line, Sound Transit said.

The light rail expansion stretching from downtown Seattle to Redmond is expected to open in 2023.