The activists are supporting the No New Youth Jail Campaign, calling for the immediate halt to the construction of the new youth jail and court complex. 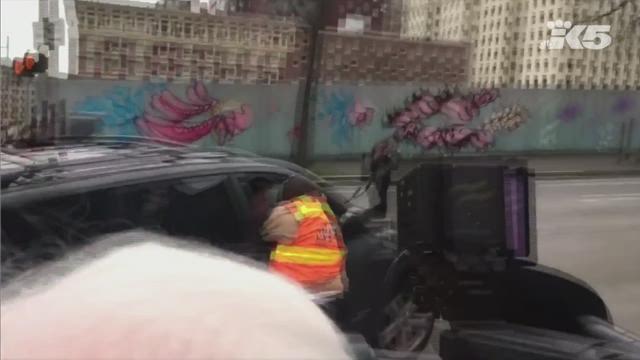 Frustrations boiled over at one point during a protest in downtown Seattle. The driver of a car drove into the crowd supporting the No New Youth Jail Campaign.

One person was injured.

Protesters took to the streets of downtown Seattle Friday morning. They gathered at the intersection of 4th Avenue and James outside of King County Executive Dow Constantine’s office around 8 a.m.

"It's disproportionately caging black and brown youth and were here to shut it down," said one protester.

Several dozen protesters could be seen in the intersection holding signs, sitting in the middle of the street, and blocking traffic. Around 10:45 a.m., the group started moving toward 4th Avenue and Cherry.

After moving the protest to the Westin hotel, it broke up about 2 p.m. 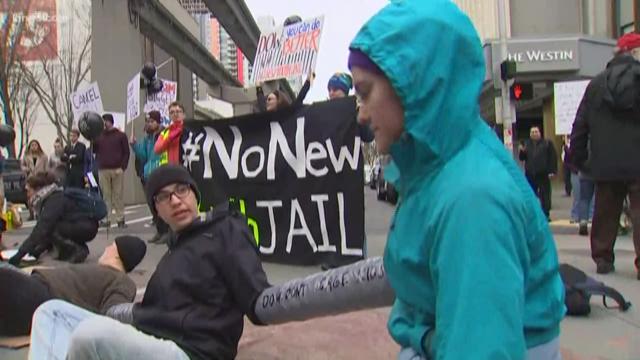 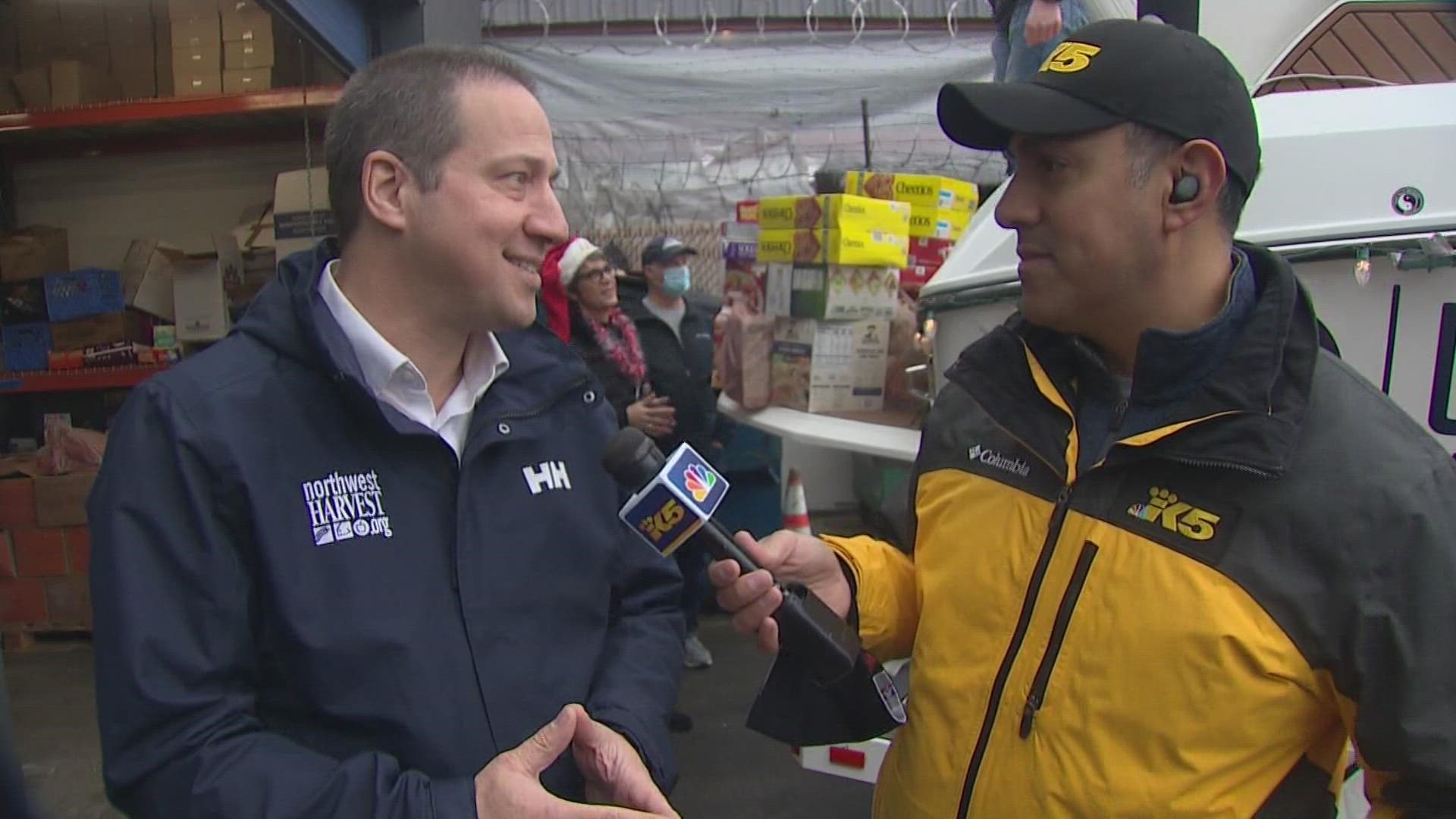