Tukwila Police are looking for the teen driver who allegedly caused the crash. 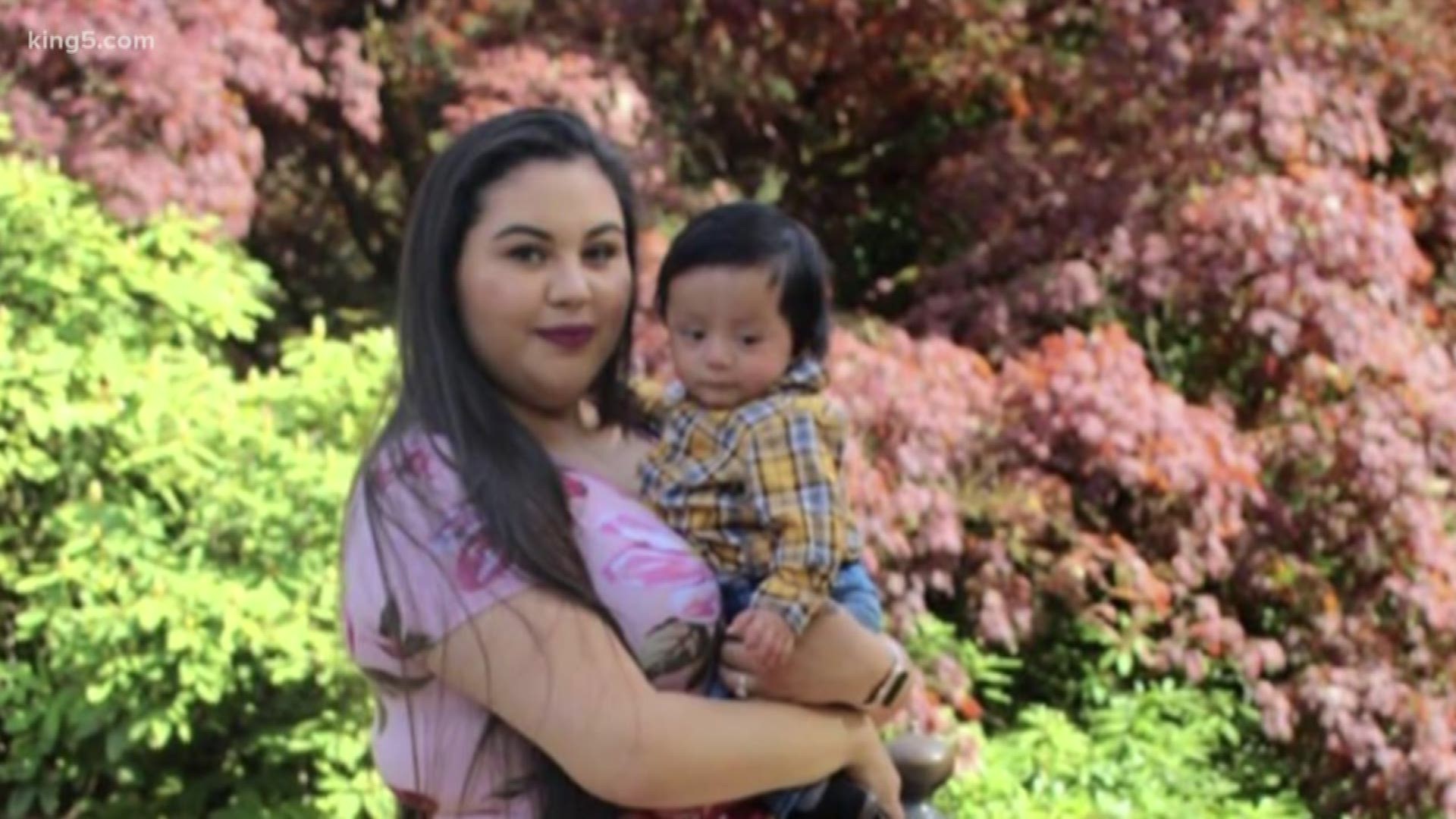 TUKWILA, Wash. — Editor's note: The above video is from a story KING 5 did with the victim's family.

Police are looking for a King County teen who was allegedly involved in a crash that left a young mother dead.

On Aug. 12, police said a teen was driving at a high rate of speed on Tukwila International Boulevard while his passenger live-streamed them racing another vehicle from the front seat.

A witness driving on the same road at the time told officers that the teen flew past him "like a rocket," shaking his car from the air displacement.

Uribe-Beltran was pronounced dead at the scene.

Court documents said data downloaded from the teen's vehicle determined that two seconds before impact, his vehicle was traveling at 88 mph in a 45 mph zone with no brake.

A second before the impact, the throttle dropped from 100 percent to zero, Braking was at a maximum and the speed decreased to 68 mph. The passenger in the teen's vehicle is heard saying, "whoa!" just before impact.

A warrant has been issued for the teen's arrest.

He has been charged with vehicular homicide and two counts of vehicular assault.

Uribe-Beltran's 1-year-old son, Matteo, was also in the car and survived the crash.

The child suffered several fractures to his body, including skull fractures.

“It was heartbreaking, especially for my parents but I gotta still stay strong and be there, I gotta be the strong one,” said Uribe-Beltran.

He said his sister wanted to be a police officer and lived a life of service.

The young mom worked for the Parks and Rec Department, volunteered for the Tukwila Fire Department and served as the Chief of Police for the Police Department's Explorer program.

“That’s just her personality you know, she always wanted to help – just wanted to see people smile and she accomplished that,” Bryan said.