Nathan Nzanga and about 20 of his friends recorded a song about a black boy and a police officer being shot over this brutally violent summer. 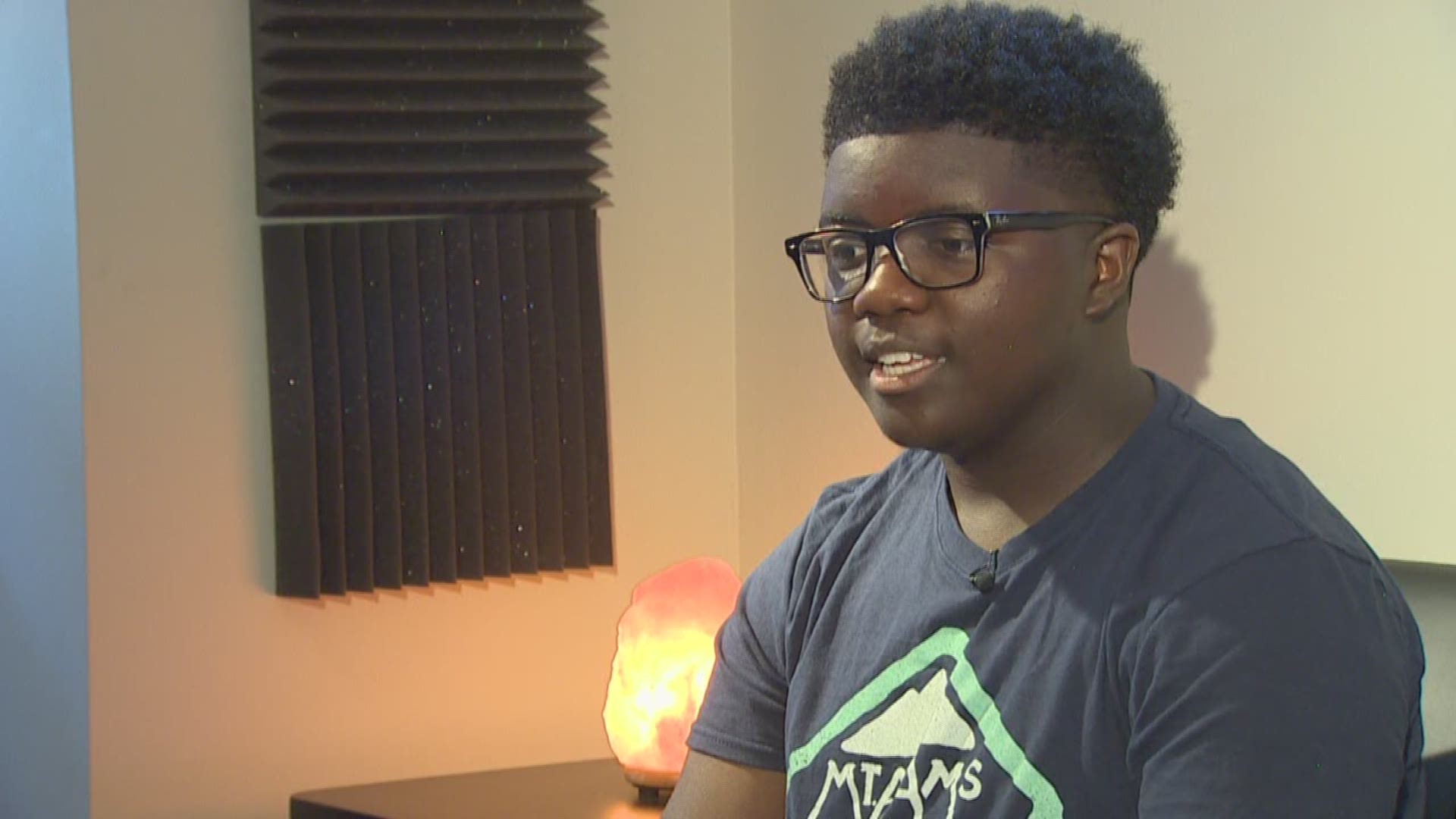 It would be easy for Nathan Nzanga to choose sides in the racial divide fracturing our country. The 17-year-old Shorecrest High School senior said he, too, worries when he sees a cop in his rear view mirror.

"I always have one of my white friends sit in the front next to me. Just in case something pops off, they can talk to the police," he said.

Taking sides, though, would be too easy.

Nzanga wrote a song about his own death at the hands of a police officer. Mistaken as a shoplifter, he reaches into his pocket to show police the receipt. The officer thinks he's reaching for a gun and kills the young African American.

"I just can't imagine my mom getting that news," he said.

In the next beat, however, Nzanga raps about "Officer Mason" gunned down by someone shooting "at the first sign of a badge and a man that was Caucasian."

"I tried to write it from the perspective of both a black boy being shot and a police officer being shot because it's the same amount of pain, to me, at least," Nzanga said.

Nzanga and about 20 of his friends recorded the song over this brutally violent summer. It's appropriately titled: Truce. Various friends added vocals and instrumentals. They mixed it in the music room at buddy Royce Pearson's Shoreline home. Cameron Deveraux added bass.

Nzanga sings with a passion lit by the fires of senseless killings, and the mindset that feeds those flames.

"I feel like we're all just living in fear right now," Nzanga said. "It's framed as black against white, cops against blacks, when really it's us against us."

In spite of the bleak situation and seemingly endless cycle of violence, Nzanga believes his voice, and the others that fill the song out, can help create harmony.

"I feel a little more hope whenever I do the song," Nzanga said.