Jackson Howell has played hockey for as long as he can remember, but everything changed last year when he got a concussion and doctors found a mass on his brain. 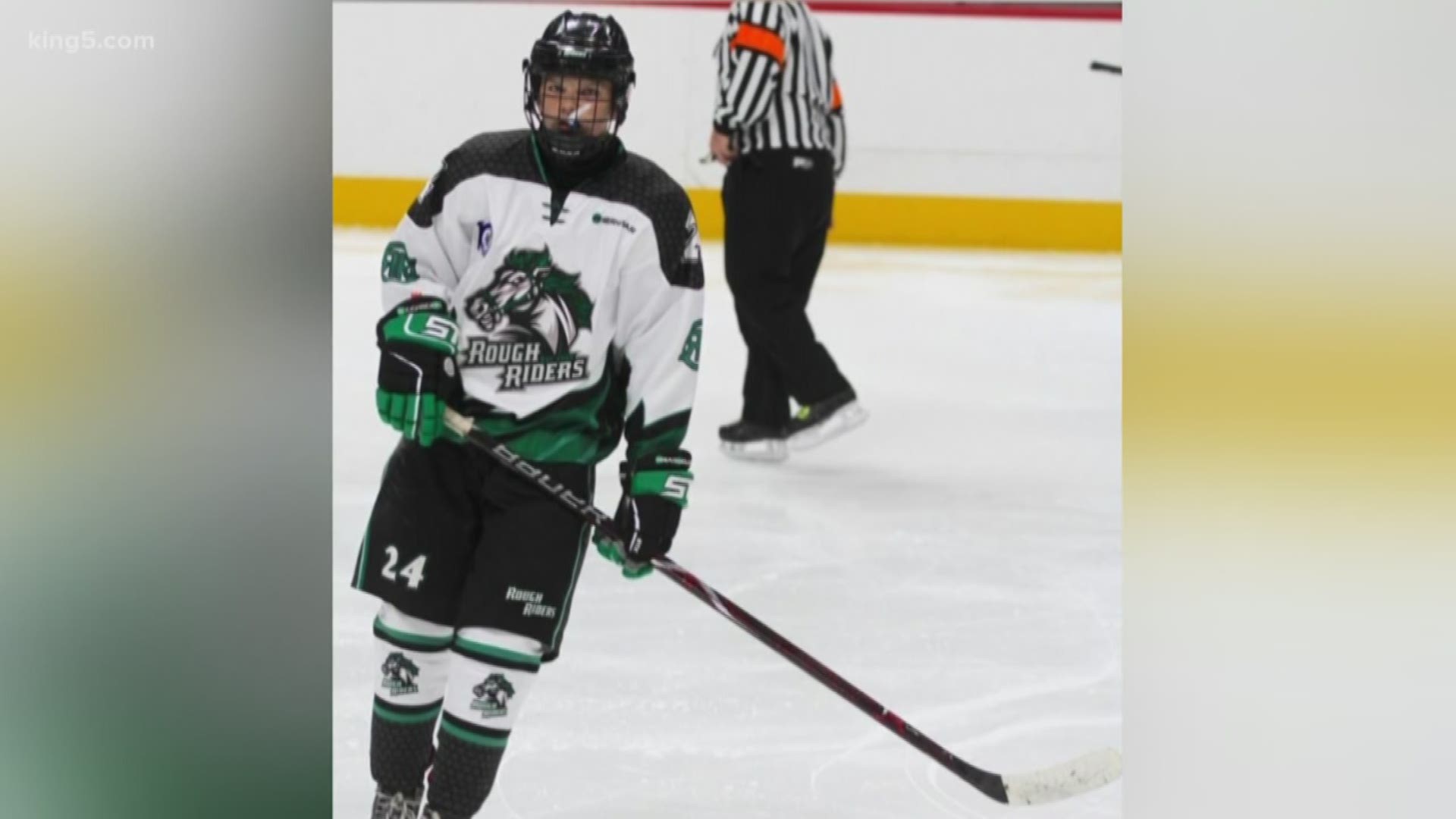 SEATTLE — An Idaho teenager battling cancer will be honored at this weekend's Seattle Thunderbirds hockey game.

Jackson Howell, 16, has played hockey for as long as he can remember and has aspired to make a career out of the sport. But everything changed during a game last year.

In October, Howell was playing with the Rocky Mountain RoughRiders, a Colorado-based, Triple-A hockey team when he was involved in a major collision. He was taken to the hospital and his scans not only showed a concussion but also a large mass growing on his brain.

"Neurologists called us and said, you know everything he cleared for a concussion, but we found a mass, and so that was not a phone call we were expecting," said Howell's mom.

He underwent chemotherapy at a hospital in Colorado immediately and his hockey dreams have been put on hold ever since. Howell was recently transferred to Seattle Children's Hospital for proton therapy and has been staying at the Ronald McDonald House during his treatments, which is where he got some good news this week about his hockey game.

Howell will get to be the Honorary Captain at the Ronald McDonald House All-Star Hockey Challenge after the Seattle Thunderbirds regular game on Saturday at 6 p.m.

He will get to play alongside local celebrities and former NHL players in the event at the accesso ShoWare Center in Kent on Feb. 15, 2020.