The girls thought their concert dreams were over. But best friend Katherine couldn't shake it off. 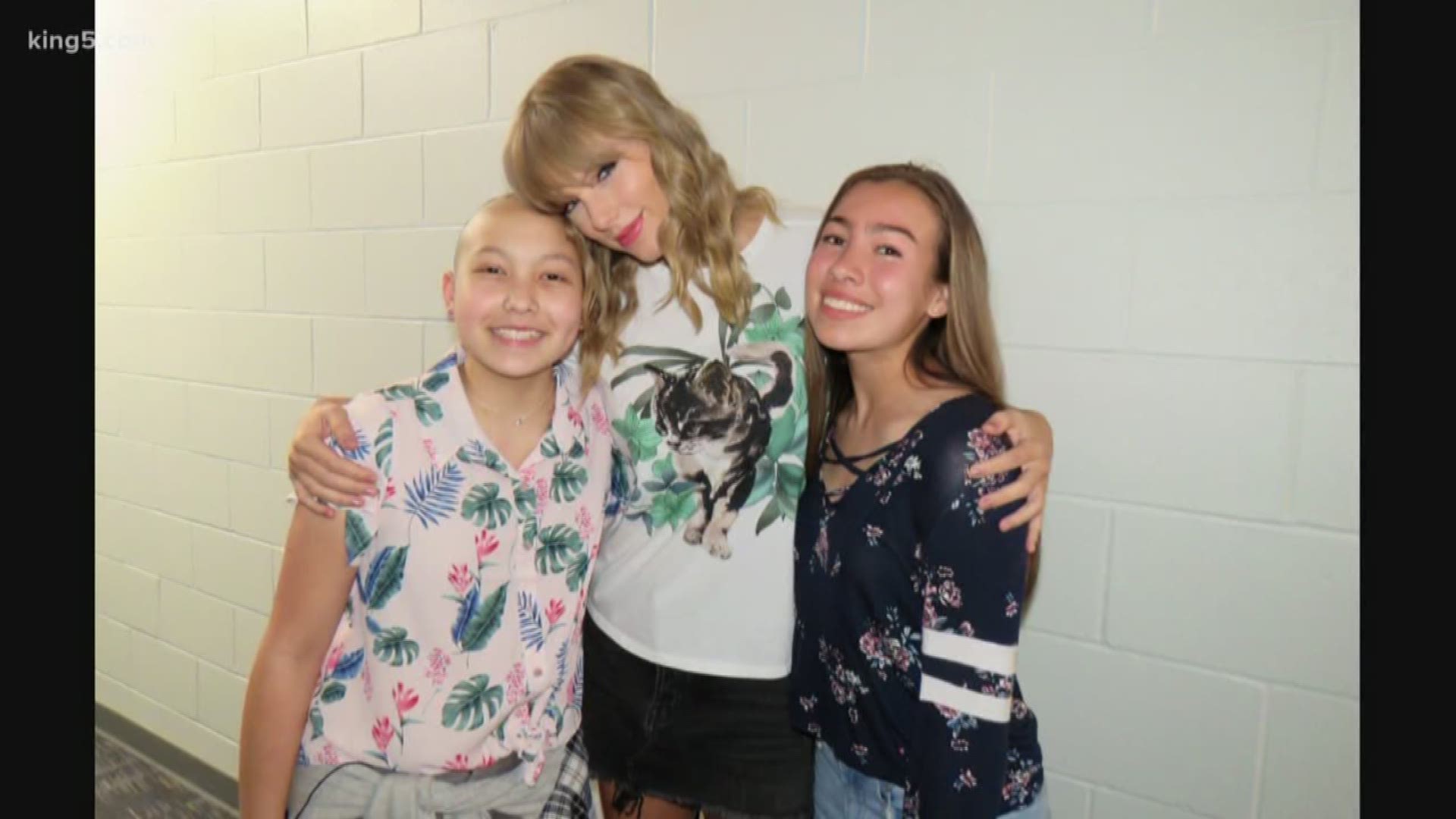 Editor's Note: On August 16, 2018, Cora's father said she finished chemotherapy treatments to kill the cancer cells. Cora is expected to complete radiation sessions by the first day of the school year.

When best friends Cora and Katherine found out Taylor Swift would be performing in Seattle, they knew they had to be there. The Federal Way teenagers dreamed of joining other fans at CenturyLink Field to see their favorite singer.

Then the first week of April, everything changed. That's when Cora, age 13, was diagnosed with Stage II Hodgkin lymphoma. Cancer.

That gave Cora's best friend Katherine an idea. What if they could attend without the large crowds? She emailed KING 5 about the situation, which led to a phone call with South King Fire and Rescue.

Captain Jeff Bellinghausen says his department was eager to help. Firefighters volunteered to drive the girls from Federal Way to Seattle. The Fire Chief offered to pay for gas. And that's how South King Fire and Rescue transformed an extra aid car into a VIP concert escort.

Volunteers from the department surprised Cora at her home Tuesday afternoon.

Cora was shocked to find the waiting ambulance parked in her driveway, "I didn't think I was going to get to go to this concert because of all the people and all of the potential germs, and Katherine made it happen!"

Captain Jeff Bellinghausen says the surprise meant a lot to his department, too. "We go on many, many calls every day, and usually it is somebody's worst day, and this gets to be a chance to make it somebody's best day."

South King Fire & Rescue helped the girls into CenturyLink through a more private entrance, to avoid the crowds and germs.

But there was one more major surprise in store. Before Taylor Swift took the stage, she met with the two best friends who almost didn't make it. Swift posed with Cora and Katherine for a photo before performing to a crowd of thousands.