With warmer temperatures, the risk of snake bites is on the rise. A 19-month-old child is doing well after receiving treatment for a venomous bite she suffered while playing outside. 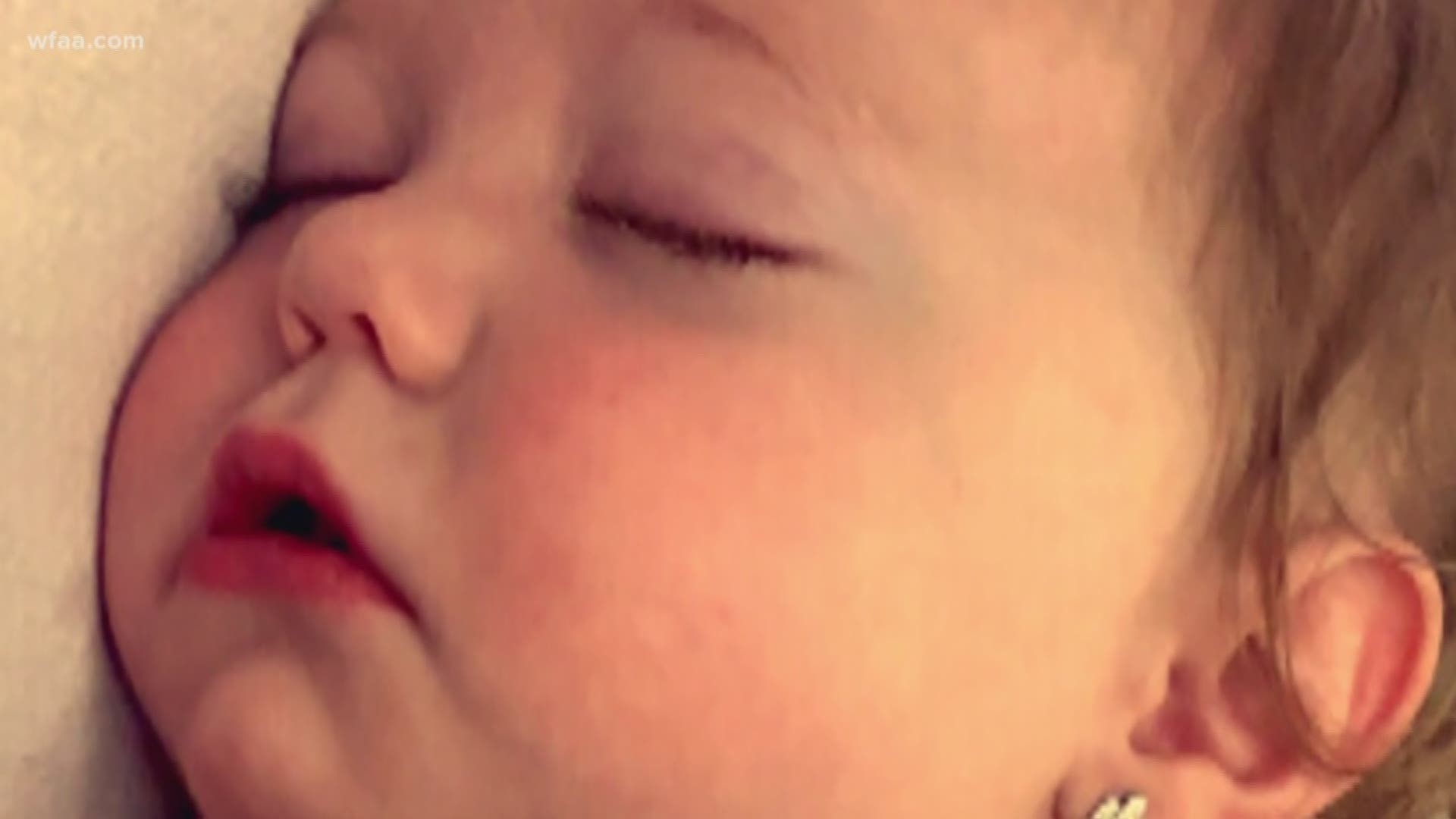 A 19-month-old child is out of the hospital Wednesday night, doing well after receiving treatment for a venomous snake bite she suffered while playing outside with her mom.

Sydnee Miller said she her daughter Wesleigh was right next to her while they were getting ready to get in their truck. The family lives on a ranch in rural Somervell County.

"Being outside is basically second nature to us, and I just heard her scream," Miller recalled. "It was scary, very very scary."

At first, Miller said she thought Wesleigh had been bitten by fire ants, but then she spotted blood on her foot and saw a copperhead snake. She quickly called 911 and decided to drive her to an emergency room. Wesleigh was transferred to the ICU at Cook Children's Hospital in Fort Worth for additional treatment.

"For the first day and a half, she didn't move out of our arms," Miller said.

Wesleigh is the first snake bite victim that Cook Children's has treated this year, but they know that she won't be the last.

"Last year, we saw 35 cases, which was a little higher than we normally see," said Christi Thornhill, director of trauma services for Cook Children's.

In North Texas, snakes live right alongside us. Common venomous species include rattlesnakes and copperheads, and while Wesleigh suffered her bite on a ranch in the country, Thornhill cautioned that city and suburban residents cannot let their guard down. Snake bites can and do happen everywhere.

"You could be in an apartment complex. You can be in a home," Thornhill said. "Snakes can be found in toys that are left outside, or playground equipment.  We've seen them in swim noodles that get left out by the pool."

Wesleigh was back on her feet Wednesday and released to go back home this afternoon. She will need followup care to monitor her reaction to the bite, but Thornill said that she is expected to make a full recovery with no lasting effects.

Snake bites are rarely fatal, but it is possible. If you or your child is bitten by any kind of snake, Thornhill said the best thing to do is to head immediately to an emergency room at a hospital.

She said to avoid urgent care clinics which may not have the necessary antivenom to treat a bite. She also said parents should avoid using a tourniquet or snake bite kit.

"Remain calm and get to the hospital that has antivenom," she said.

Miller said her daughter is already asking to go back outside to play, but mom isn't quite ready for that yet. Whenever they do head back outdoors, she knows she will look at things a little differently.

"I never thought it would happen to us," she said.  "Just be aware of your surroundings."