The gender pay gap in Washington state has widened since 2014, according to a new report. 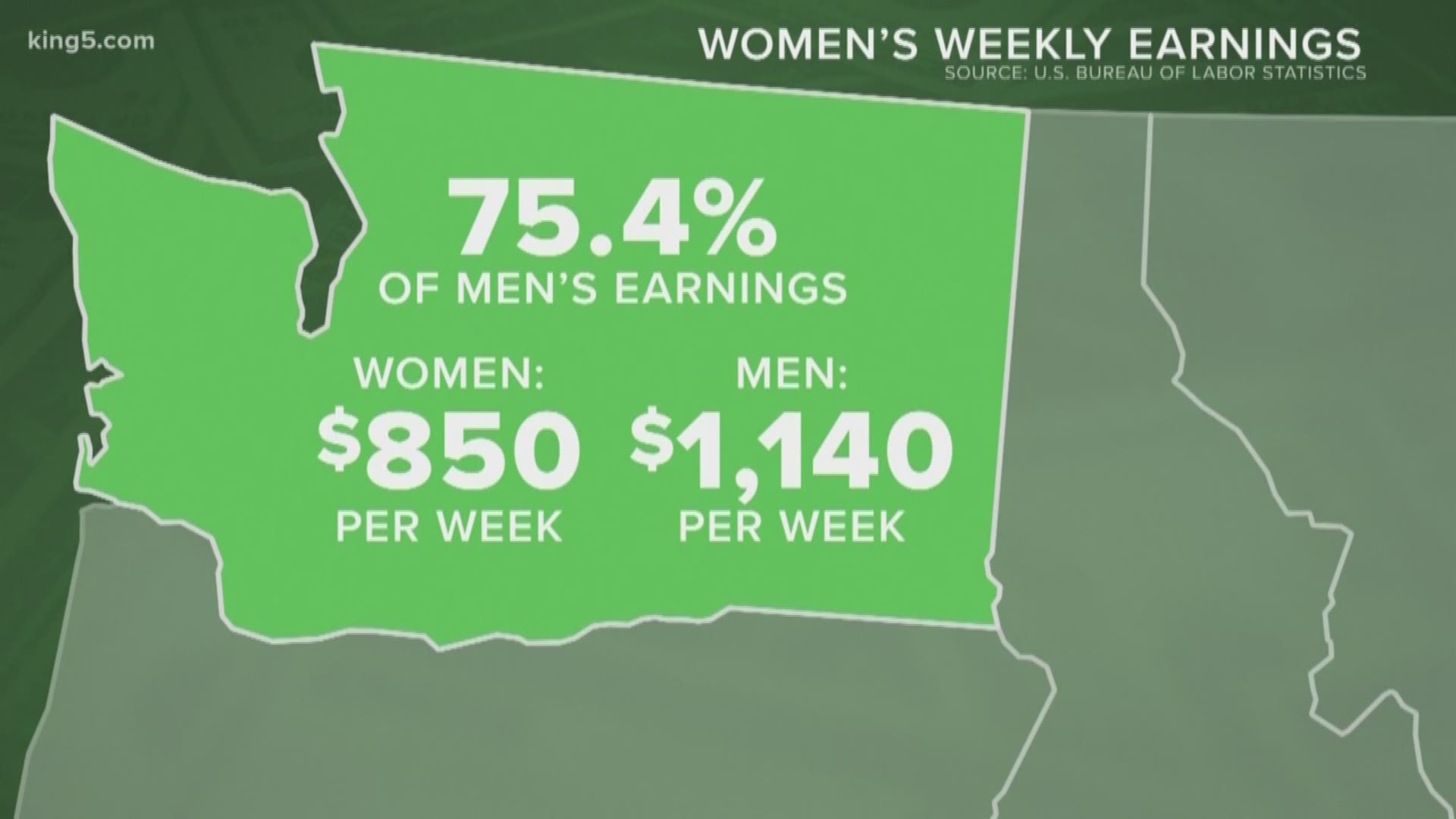 SEATTLE — Women in Washington state earned 81 cents to a man’s dollar in 2014. But new numbers from the U.S. Bureau of Labor Statistics show the gender pay gap in Washington state has widened, with women now earning 75.4 percent of what a man makes.

The pay gap is not as wide in other states. For example, women in California make 88.3 percent of what a man earns.

In Nevada, women make 87 percent of what a man earns. In Oregon, it’s 82 percent, and close to 84 percent in Arizona.

Washington state also lags behind states in other regions of the country like Mississippi and Louisiana.

The latest data from the U.S. Bureau of Labor Statistics are from the same year the Washington State Legislature passed the Equal Pay Opportunity Act. The law, which was passed on International Women’s Day, bans employers from retaliating against employees who ask about their salary or the salary of other employees. It also prohibits them from asking about your salary history at other companies.

If you’d like to learn more about your rights under the Equal Pay Opportunity Act, click here.

Learn something, feel something, do something. Watch Take 5 at 4 p.m. weekdays on KING 5 or streaming live on KING5.com. Connect with the Take 5 team in the 5 Hive, on Instagram, and Twitter.