Washington couple finds love in the sky above Spokane

When Anna and Adam Galbreath met on a plane they didn't know how fast their lives would change. 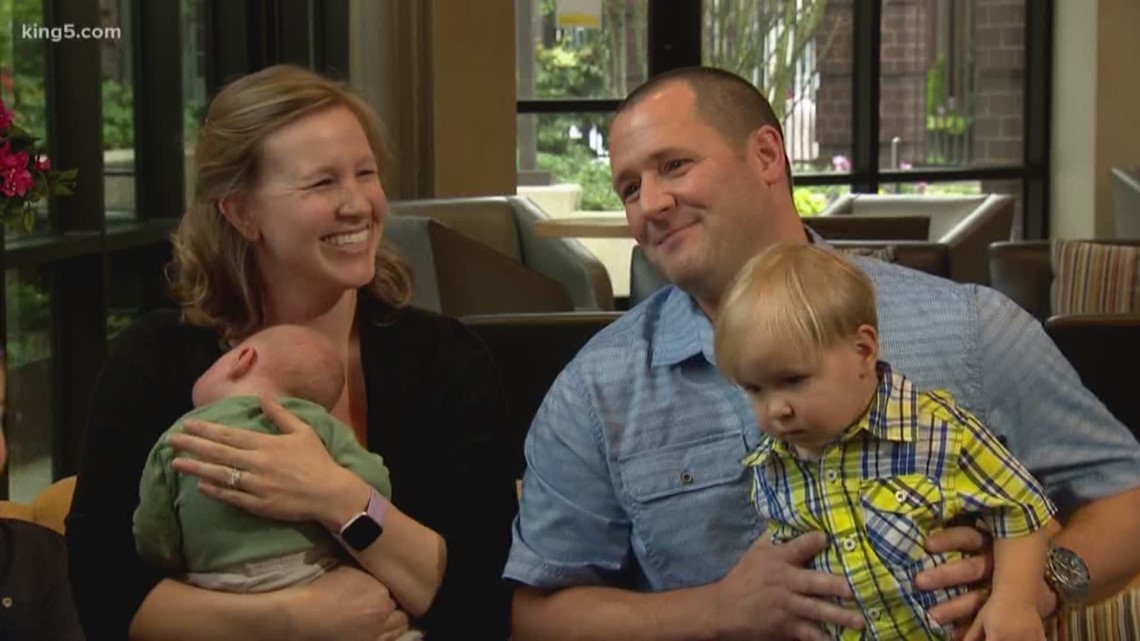 Life is full of unexpected changes. Now married, the Galbreaths didn't know that when they boarded the same plane in December 2011 how fast their lives would change.

Anna was flight attendant working on-call for Alaska Airlines, which meant she didn’t really have a “normal” route. Wherever the airline needed her, she went. This time another flight attendant had called in sick, so Anna hopped on the flight.

It was only a 50-minute flight so Anna got to work. Her coworker told her there was a cute passenger on the flight but didn’t point out who it was. Anna walked through the cabin on her way to grab some snacks for the service, when she locked eyes with a stranger.

Adam Galbreath, from Spokane, was in the U.S. Army and flying back home from Texas where he had been doing pre-deployment training.

He asked Anna for a beer and made sure their hands touched (which he would later tell her he did on purpose). He asked her if this was her regular route and she explained that she worked on call and didn’t have a normal route.

The plane landed, and passengers were instructed to exit through the back. Anna, who was busy working, grew worried when she didn’t see Adam walk off the plane; she must’ve missed him.

But hope was not lost. The crew was also told to exit the plane because the windshield needed maintenance. Anna walked with her coworkers into the airport and that’s where she saw Adam pacing near the escalators. He had waited for her.

He asked for her number and texted her when he got to his car; he thought she might have given him a fake number. That started their whirlwind relationship. He drove across the state through a snow storm to Seattle to help Anna move. They went to Nashville to meet his dad. She waited for him while he was deployed only three months into their relationship. She became really good at making care packages.

About a year after meeting on a plane named Skittles, Anna was boarding another flight with her friend to go to Las Vegas for a birthday party. When the pilot’s greeting came over the speaker system, Anna was surprised to hear Adam’s voice! He proposed to her in front of the plane and the two eloped the next day, a full year and three days after meeting each other on a different plane. Adam left for another deployment 10 days later.

He came home for good in March 2013. They welcomed a son the next year and moved to Texas, where they had another son. They just got stationed back in Seattle and recently had another kid!

"These guys keep us on our toes for sure," Adam said. "Try to take time for ourselves for sure."

"Ten minutes after the kids go to bed, or ship them off to grandma," Anna laughed in response to her husband.