Corn maze in Snohomish made to resemble Washington state

The Farm at Swan’s Trail is celebrating the fall season with a 12-acre, 4.5-mile corn maze that features the geography and iconic landmarks of Washington state. 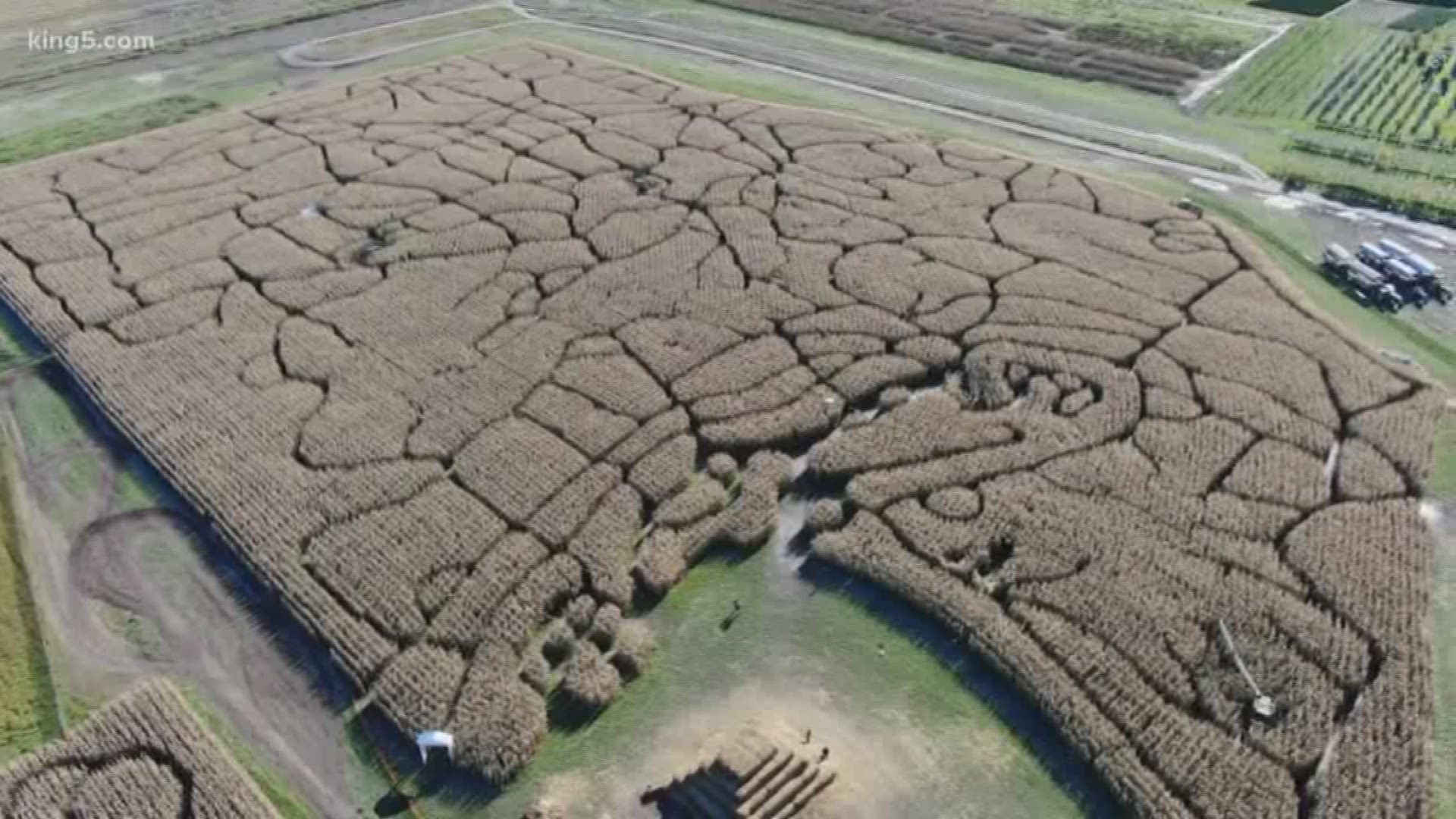 SNOHOMISH, Wash. — The Farm at Swan’s Trail in Snohomish is keeping their popular corn maze open through the end of October.

The corn maze is a 12-acre plot boasting 4.5 miles of trail for visitors to explore and creates a unique image when viewed from above – a complete, to-scale map of Washington state!

Pathways within the maze represent more than 250 roads that span the State of Washington, and throughout the maze are replicas of over 400 unique landmarks to visit, such as Mount St. Helens or the Space Needle.

Navigators of the maze will become well-versed in Washington trivia as each landmark is presented alongside historical facts about the location, making it a popular destination for field trips. “Gentle Ben” Krouse, the farmer behind the expansive maze, is a former teacher himself and says working with educators is a priority.

RELATED: 25 things we love about fall in the Pacific Northwest

Krouse began crafting the maze with his wife in 1997 as a way to draw in extra business and says that, after 23 years of putting it together, he can practically do it from memory.

The maze has become an annual tradition for The Farm at Swan’s Trail after it first opened and has since attracted thousands of visitors each October.

In addition to traversing the maze, visitors can purchase fresh produce from the farm and enjoy classic fall festivities like wagon rides, duck races, or a visit to the pumpkin patch.

Located at 7301 Rivershore Road in Snohomish, The Farm at Swan’s Trail is open to visitors for the month of October and closes at 4 p.m. on October 31st.