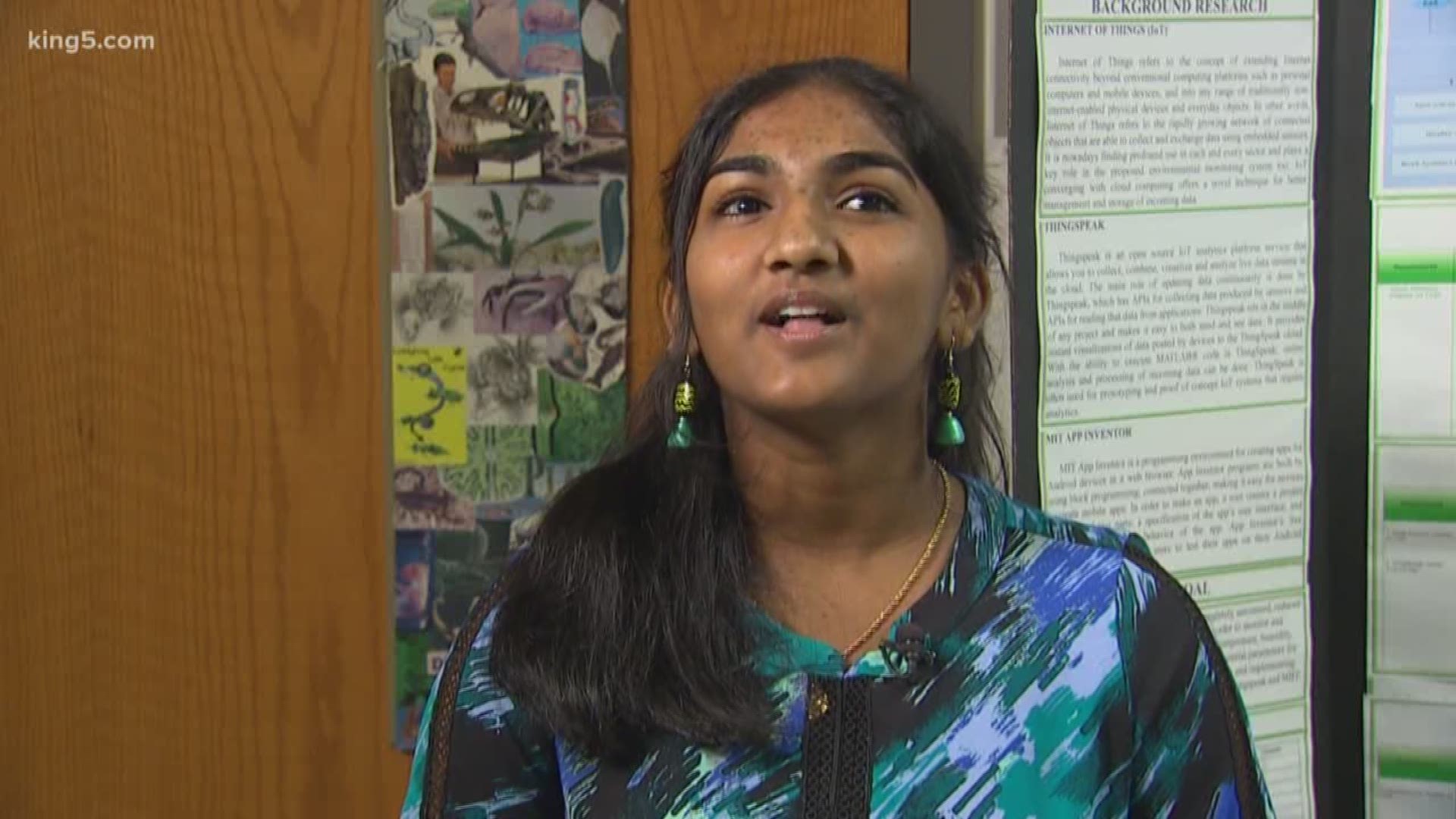 OLYMPIA, Wash. — Two western Washington students are among the top middle school scientists in the country, according to a national contest.

Kumar who now attends Olympia High School, won the award for her eighth-grade project when she was at Jefferson Middle School.

She created a computer app for a remote-controlled greenhouse.

Kumar, who also won the state science fair championship, said she was excited to hear about the national recognition.

“It makes me feel like I’m being recognized and that my work actually matters,” said Kumar.

Kumar, who is now a freshman enrolled in an AP Honors Biology class, said she wants to make it known that women can not only like math and science but also excel at it.

"I'm out to prove them wrong. We can do the exact same thing everyone else can do," said Kumar.

According to a Mukilteo School District spokesperson, Singh wants to be a cardiologist.

The Top 300 MASTERS come from 264 middle schools in 37 states and represent 114 regional and state science fairs across the U.S.

The Top 300 MASTERS were selected from over 2,300 applicants.

Nominees qualified to enter the Broadcom MASTERS by being among the top 10 percent of the participants at their Society-affiliated science fairs.