Tips for safe neti pot use

There's nothing wrong with using them, but improper usage can lead to serious medical problems. 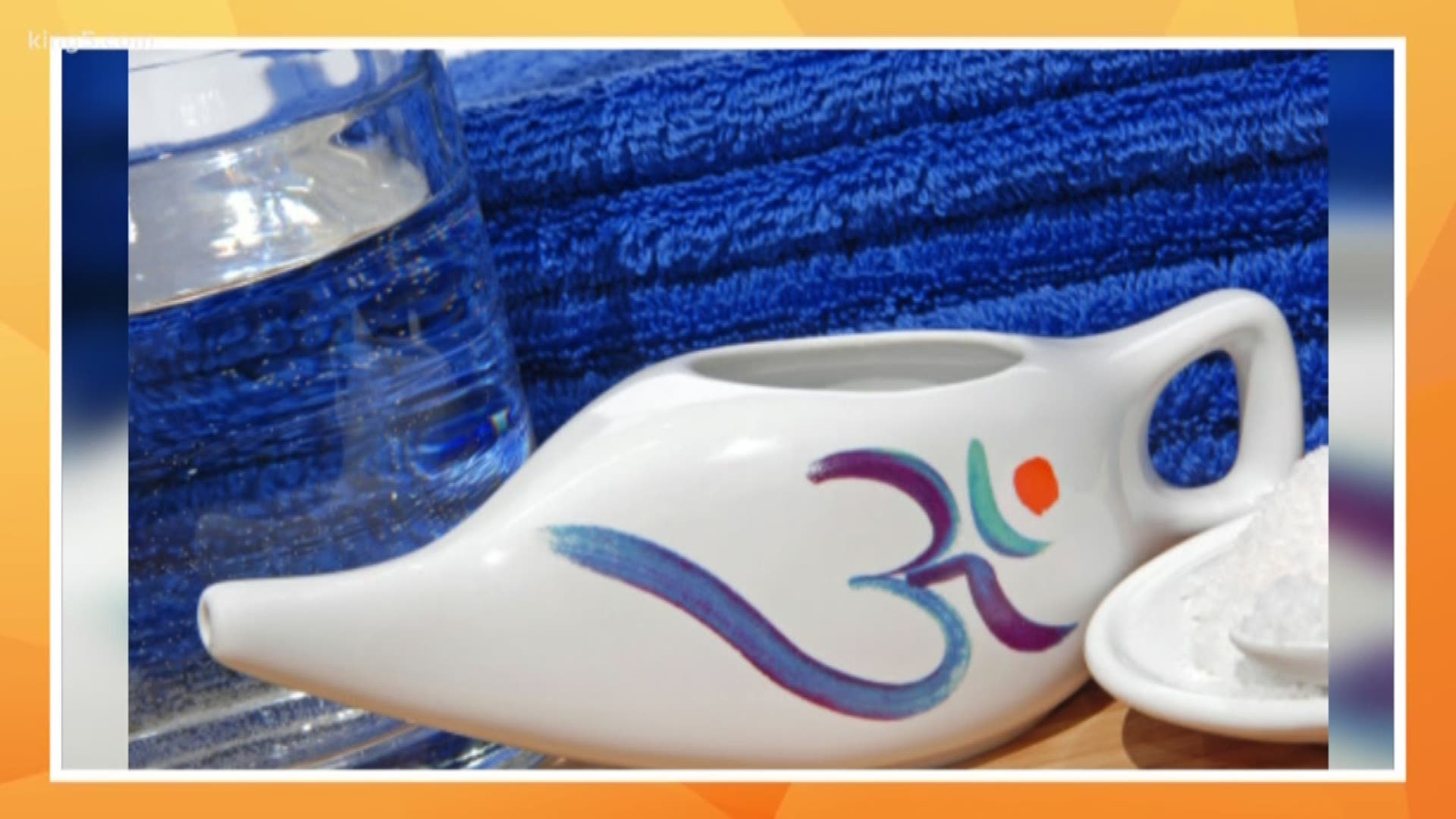 Medical Professional are once again warning people about neti pots, the teapot like devices that is used to rinse nasal passages and sinuses.

There's nothing wrong with using them, but improper usage can lead to serious medical problems.

The Seattle Times detailed what happened to a Seattle woman who died from a rare brain-eating bacteria linked to neti pot use. Doctors discovered the damage while operating on what they thought initially was a tumor.

Rinsing the sinuses is helpful for people who have seasonal or chronic allergies.

The woman who died had apparently used tap water in her neti pot instead of saline or sterile water.

Jamey Wallace, chief medical officer at Bastyr University, offered some ideas of what we can do to reduce our risk of contracting the bacteria.

Sterilize: Boil your water for 5-10 minutes and then letting it cool.

Watch the salt: Putting too much salt in the water can irritate your sinuses.

Ditch the water: If you don't want to use your water at all, you can use saline, which is sold by many well-known brands in drug stores.

One thing he did stress is when you want to use natural remedies, always talk with a professional well versed in natural therapies before use.