Garcés will be speaking at TEDxSeattle this weekend at McCaw Hall on her undercover investigation into the animal farming industry. 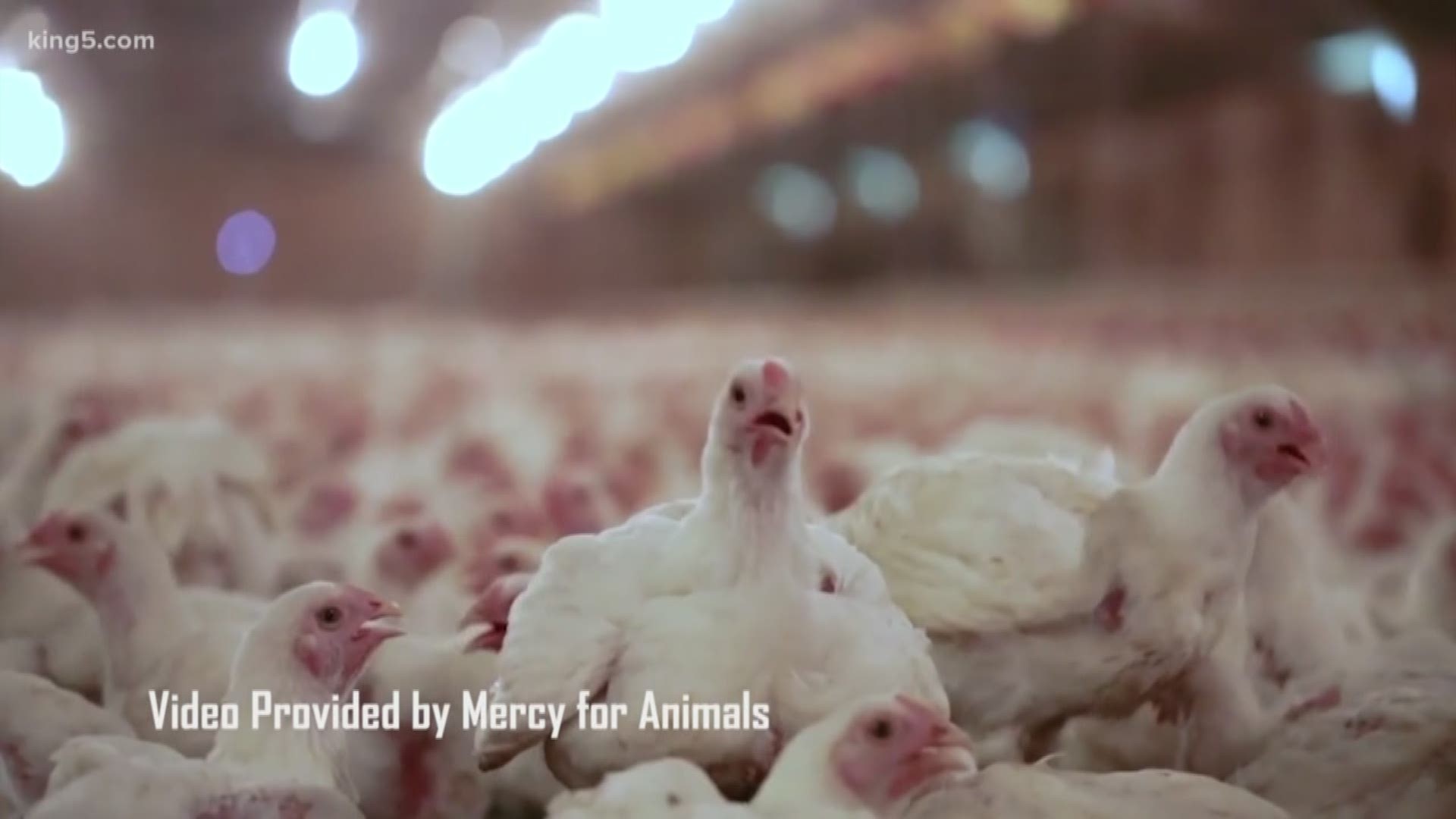 SEATTLE — TEDxSeattle is celebrating their 10-year talk this weekend at McCaw Hall. This year's theme is "Shift" -- a moment, or idea that shifted you, or something you want to shift the world.

Leah Garcés is one of the speakers and she's been investigating the large animal farming industry. She said her moment of "shift" came when she started looking into how our food is farmed.

“The first thing I noticed when I was investigating how our food is farmed is the smell. That smell is something I’ll never forget," said Garcés.

She spent five years of her life going undercover to try and figure out how our animals were being treated. All she wanted was to share the reality of what was happening. She said it’s extremely difficult to get into one of our large farming industries because of the strict rules given by our government.

“In several states, they’re so afraid of telling the public what’s happening that they’ve passed what’s called an "ag-gag law," said Garcés. "An ag-gag law makes it a felony for us to be whistleblowers to be inside one of these farms. It’s very intentional because the images are so staggering, that if the public knew, it would change the way we consume our food.”

Garcés will be talking about this, as well as her idea of how we can help the planet during her TEDxSeattle talk. One of her large ideas is to limit our meat intake. She believes that by itself can help change our carbon footprint and help these struggling animals.

“There’s 80 billion farmed animals that are raised and slaughtered in factory farms every single year. Factory farms together put out more greenhouse emissions than all planes, trains, and automobiles combined,” said Garcés.

Leah Garcés is the president of the nonprofit, Mercy for Animals, one of the world's largest farmed animal rights organizations. Her book Is called Grilled: Turning adversaries into allies to change the chicken industry.