A traveling exhibit at the Washington State History Museum challenges the common narrative about African-American men. 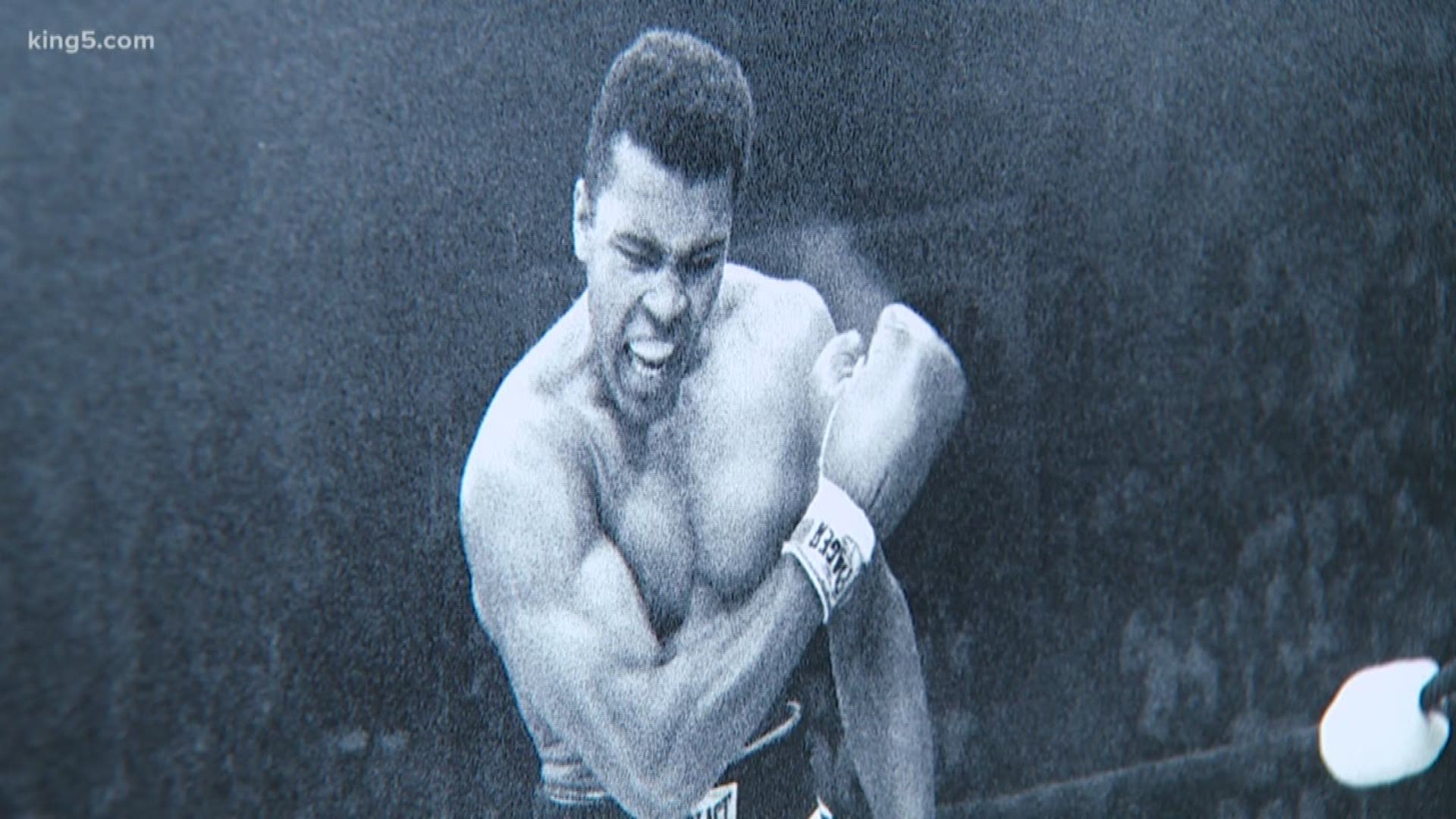 TACOMA, Wash. — A traveling exhibition from the Smithsonian highlighting iconic and revolutionary African-American men is on display at the Washington State History Museum in Tacoma.

The exhibit ‘Men of Change: Power. Triumph. Truth.’ showcases men whose actions have altered the history and culture of the United States.

Some of the faces and names featured in the exhibit are familiar, such as Muhammad Ali, Kendrick Lamar, and Barack Obama. However, there are other names most people won't recognize, yet their impact is significant.

“Many of these men’s contributions have often not been explored in the history books, as other narratives have been favored. For me, the most compelling aspect of this exhibition is the way that it shifts and sheds light on these lesser-known narratives in a way that brings them to the forefront where they belong,” said Mary Mikel Stump, the Historical Society’s audience engagement director.

Each biography in the exhibit is paired with original artwork by noted artists.

Tacoma is the exhibition’s second stop since launching late last year. The hope is that it inspires all of us, no matter our race or gender, to be our best selves.

‘Men of Change: Power. Triumph. Truth.’ will be on display at the Washington State History Museum until March 15, 2020.

Learn something, feel something, do something. Watch Take 5 at 4 p.m. weekdays on KING 5 or streaming live on KING5.com. Connect with the Take 5 team in the 5 Hive, on Instagram, and Twitter.