The Mt. View Elementary students helped to raise thousands of dollars for their five-year-old friend. 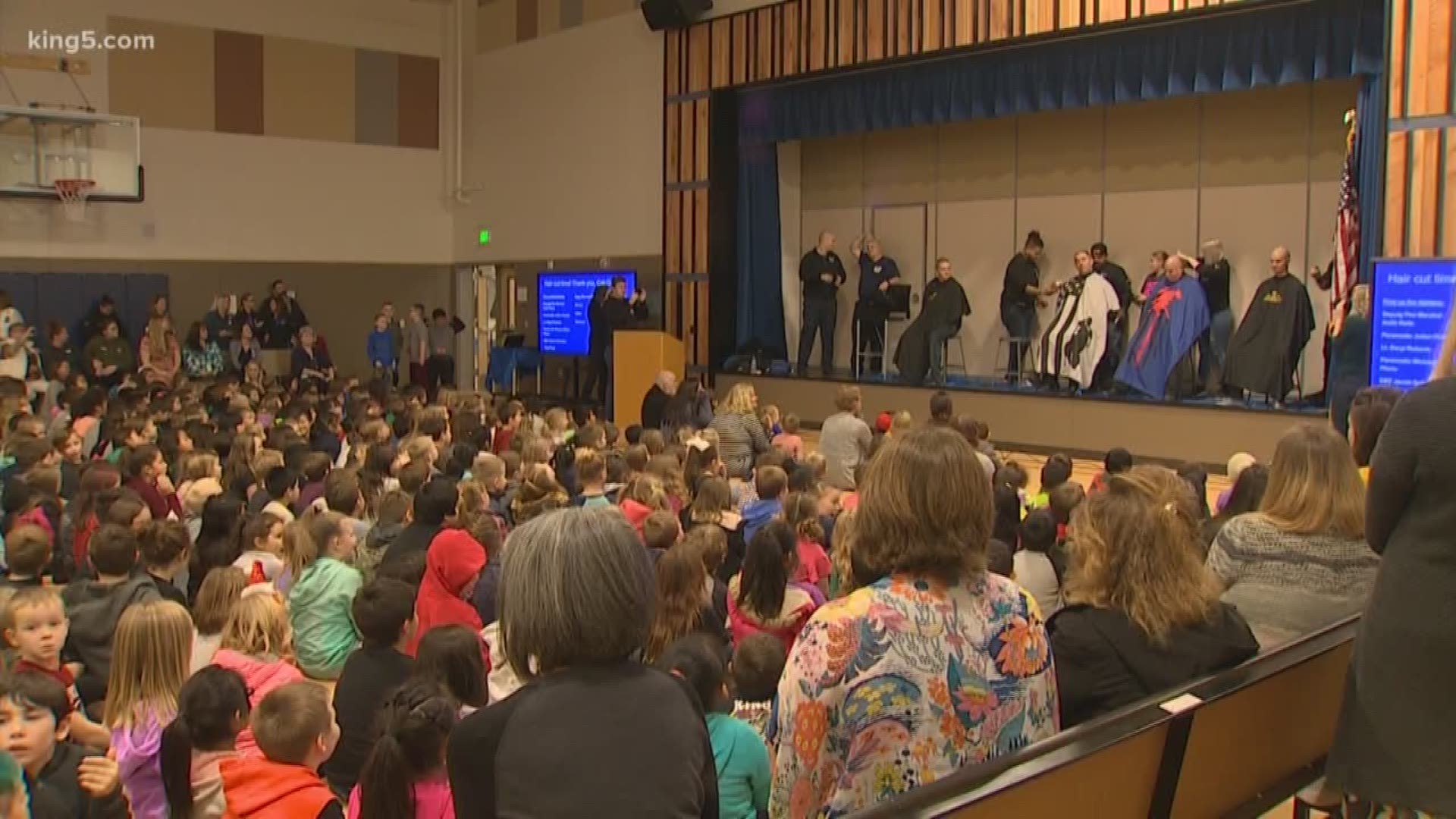 SHELTON, Wash. — What started as a coin drive has brought in over $7,000 to support Mt. View Elementary student Kameron Holloway, a 5-year-old preschooler and cancer patient in Shelton.

After his recent diagnosis of neuroblastoma, the school held a coin drive in November and December to support the family during Kameron's cancer treatment.

School Resource Officer Jason Lawson started the fund-raiser, telling the kids if they raised a certain amount of money, he would shave his head.

On December 9, Lawson and the vice-principal did just that.

Students watched as they were joined by other first responders who also shaved their heads on stage in front of the entire student body.

"Kameron unfortunately doesn't have a choice in losing his hair, so we'll lose it with him," father and long time Shelton first responder Jeff Holloway said.