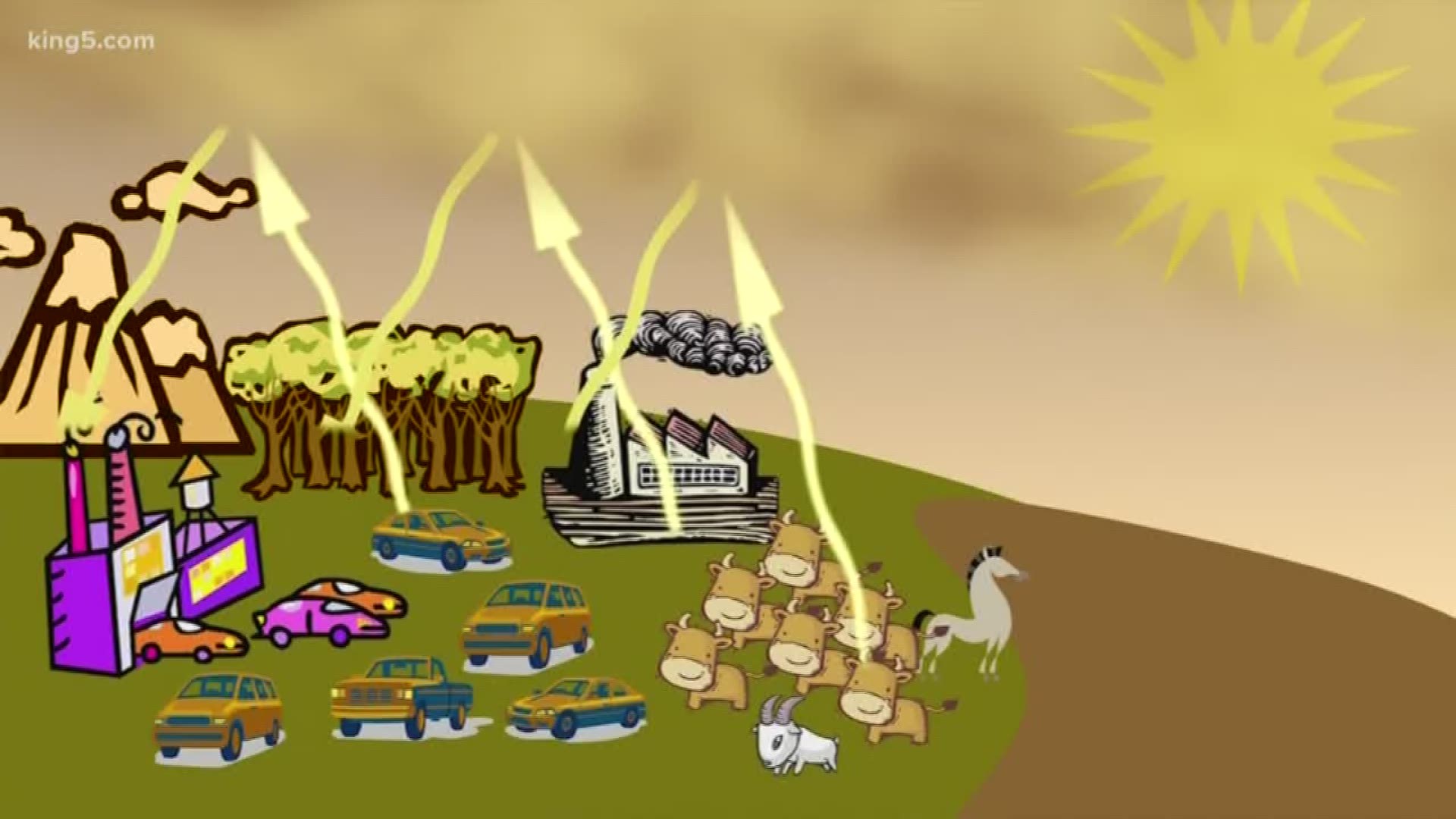 Judy is speaking at TEDxSeattle 2018. Click here for more information.

However, we know there are a few skeptics, so I made sure to bring that up in my first question with Judy Twedt, a climate scientist from the University of Washington who is working on her PhD.

JORDAN: “We know there are skeptics about climate change, why do you think there are a few scientists who believe that it’s not real?

JUDY: I’m not quite sure. You should probably try to ask them.

JORDAN: Well, how many scientists would you say are skeptics?

JUDY: I’d say about 3 percent. Only 3 percent of the scientists today believe that climate change isn’t real, 97 percent are all on the same page. The data is out there, and I don’t understand how you could argue against it.”

Judy is a part of a team who studies ice cores in Antarctica. She’s changing her studies to showcase the growth of carbon dioxide in our atmosphere. Judy has gathered all the data and turned it into audio form.

The timeline starts roughly six decades ago and ends with today. You’ll hear what the atmosphere sounded like with carbon dioxide 60 years ago. It starts off passive and lower tones. Then speed up to today, and you’ll hear much higher pitch tones all coming together to almost make one solid sound. It’s almost as if the world is screaming at us. You can listen to the data below, or by clicking here.

Judy says the more carbon dioxide rises in the atmosphere, the more we’ll see these larger storms being produced. We’ll continue to experience significant wildfire outbreaks, rising sea levels, and huge hurricanes hitting coastlines across the globe. She says that we need to reduce carbon emissions on a global scale, and the only way to do that is by policy and by larger companies switching to cleaner energy.

“The technology is out there. We could switch right now if we wanted to. It’s time we take action and work on this together so we can reduce CO2 immediately,” she said.