Before Elvis, Jerry Lee Lewis and Little Richard, a young woman with southern roots blazed a trail for music. 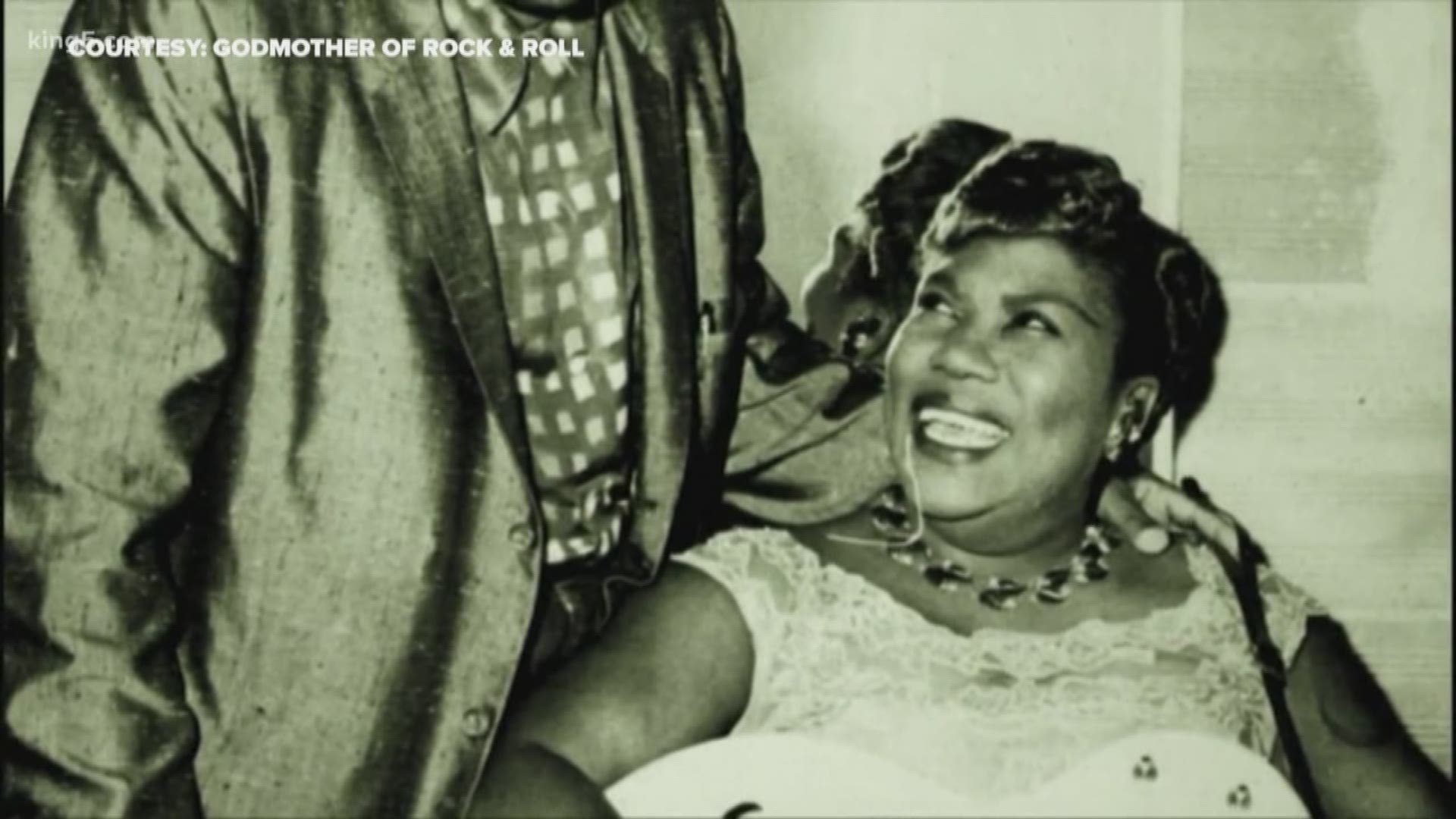 SEATTLE — Shout Sister Shout!, a production running at the Seattle Rep theater, is based on the true story of Sister Rosetta Tharpe.

"She was one of the first to marry gospel and rock 'n' roll. She was a black woman walking around doing riffs, runs, everything," said Carrie Compere, who portrays Sister Rosetta Tharpe on stage.

"The way she would bend the notes, it came from real muscle power," said West. "People would say she played like a man. She could make a guitar talk."

The show runs until December 22.