The Seattle Police Foundation is distributing 200 beds to kids in need this weekend as part of their annual Beds for Kids Project. 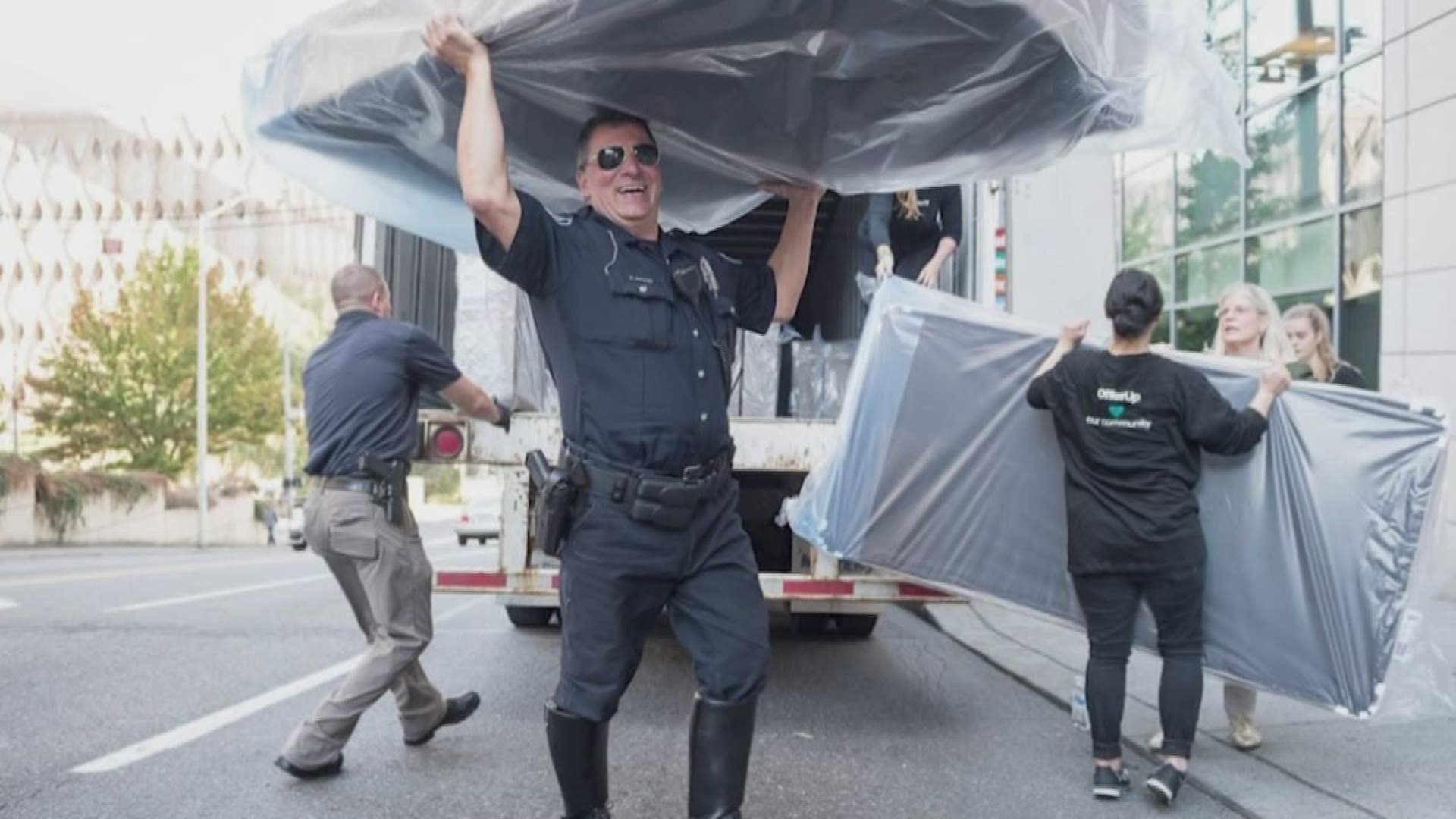 The Seattle Police Department will once again provide beds for kids in need as a continuation of the Beds for Kids Project.

The Beds for Kids Project began in 2014 after officers Jeremy Wade and Ryan Gallagher discovered a problem during a routine call.

“They noticed that two young girls were living with their grandparents and they were sleeping on their floor, they didn’t have a bed of their own,” said Lt. Martin Rivera.

The two officers decided they would help the girls however they could.

“The next day, with their own money, they went and bought a bed, set it up for them, got them situated, and gave them a nice space to be,” said Lt. Rivera.

Seeing the joy those children expressed upon receiving a place to sleep inspired the officers to extend their outreach to the entire community, and the Beds for Kids Project was born.

In the years that followed the Seattle Police Foundation has provided hundreds of beds to families in the Seattle area.

Beds for Kids
"After we moved into our new house my sister and I slept on the couch. We got new beds and now we have them in our own bedroom." - Jacki S. Age 10 You can support children like Jacki through a...

The Seattle Police Foundation is now hoping to raise the last $5,000 needed to fulfill its goal of 200 beds.

Donations are accepted through their website: $10 buys a child a teddy bear, $50 buys the bedding, $200 buys the mattress, and $250 is enough to supply the whole set up.

The Beds for Kids Project will hand out the beds on Nov. 16 at the Seattle Police Department Headquarters.