SeaTac woman with Down syndrome thrives at office job

A local mom always wanted her special needs daughter to live like others her age. Now Courtney Tallarida has a full time job at her mom's office. 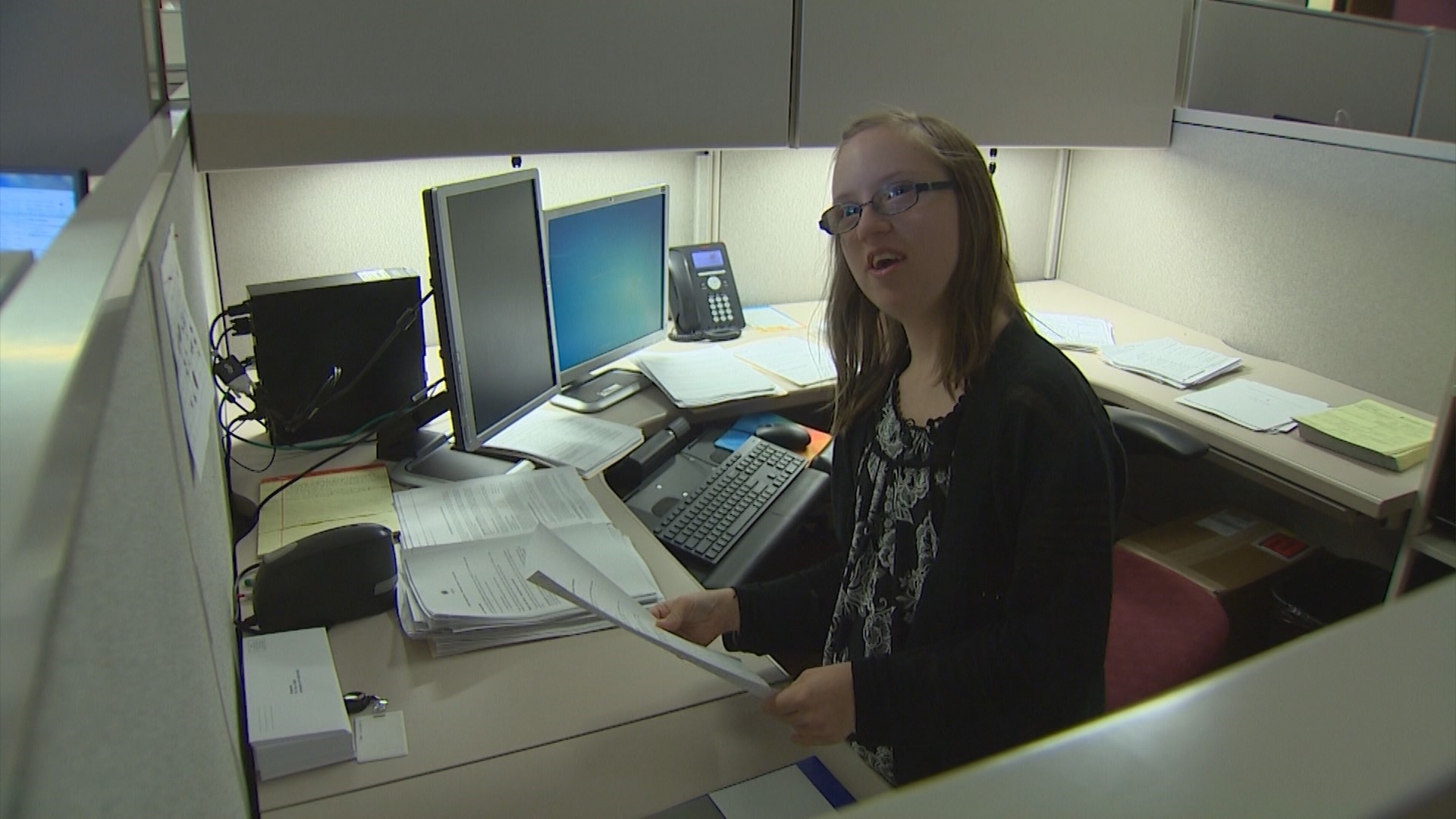 SEATAC, Wash. — Like any parent, Kim Tallarida wanted her daughter to have the life experiences that other people her age do, like working a job.

"There's nothing more than you want for your child," Tallarida said. "Just a typical experience for a child who's growing up, who wants to be more independent and have a job and responsibilities. Ours just looks a little different."

Tallarida's 24 year-old daughter, Courtney, has Down syndrome. She also has a full-time job at Sedgwick, a global claims provider, where her mother also works.

She handles an important job in the office: putting together claims packets to send to injured workers.

"She is a joy to work with," coworker Leann Stevenson said. "The packages that she puts together, we send out to injured workers and it's an extremely important part of the claim."

Her mother said that Courtney's sense of independence has grown since starting work. She navigates the public transportation system, has started her own friendships with coworkers and has grown a lot through her job.

"I started setting her goals and my gosh shes already passed her goals," coworker Kathie Jones said. "I do encourage other companies to try it."

Learn something, feel something, do something. Watch Take 5 at 4:00 p.m. weekdays on KING-5 or streaming live on KING5.com. Connect with the Take 5 team in the 5 Hive, on Instagram and Twitter.