A family in Renton brought together on a mission trip in Africa fights daughter's one-in-a-million disorder. 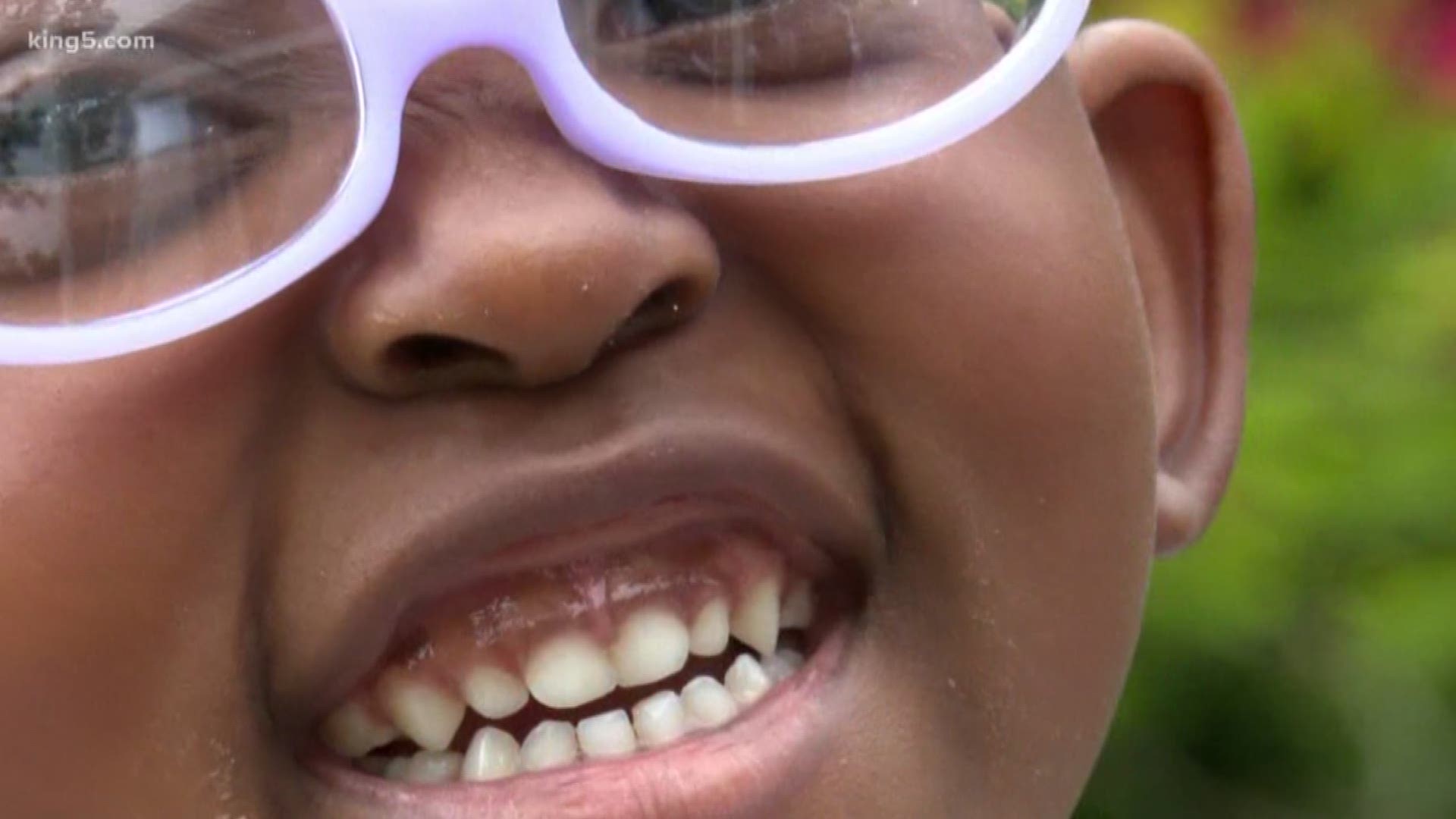 A family in Renton has been brought together through an inspiring trip to east Africa. Sophie Hartman said her mission trip to Zambia changed her forever through adoption.

"I went to Zambia after my freshman year of college on a month long mission trip when I encountered the plight of an orphan," said Hartman.

She said adoption wasn't even on her radar. She adopted two young girls who happened to be biological sisters.

"Carmel's situation was unique, I had already been fostering, I had legal custody of her older sister Miah," Hartman said.

She was told that the second of the two, Carmel, had some drug and alcohol exposure.

"I kind of made a commitment that I was going to adopt a child who no one was waiting in line for," Hartman said. She recalled going back to her faith and praying for the child.

At first she noticed symptoms of withdrawal in Carmel but it seemed to be more than just that.

"There were times when her body felt really different, like it would either be super tight or really limp," Hartman said.

Doctors’ visits continued to fill the first years of Carmel's life. Hartman admitted she started to question her own instincts when it came to bringing Carmel back to the doctor for evaluation.

"There were times when she was totally paralyzed. I go to her doctors and I'd be like 'I know she is walking right now but she was paralyzed all day yesterday.' They would say, 'No, that’s not possible'."

After seeking a second opinion and running through genetic testing, doctors found Carmel has a rare disorder.

It's called Alternating Hemiplegia of Childhood. Which is an extremely rare, one in a million, genetic disorder," Hartman said.

It is progressive and has no cure.

"I recognized that, wow, Lord you took me up to the fullest extent on what I told you I was willing to do. You've given me a child who not only has exposures, not only has a trauma history but has this disorder she fights every day," said Hartman. "She teaches me so much and she is the strongest kid I know."

Family friends have noticed everyday activities that are more challenging for the Hartman family. It can be difficult to get Carmel in a vehicle during her periods of paralysis. Sophie Hartman tried converting her Honda into a handicap accessible vehicle but it is simply too old and has too many miles on it. Friends have created a GoFundMe page you can find here to help with the cost.

There is also a Facebook page, We Are #CarmelStrong, where Hartman shares updates on Carmel's story.