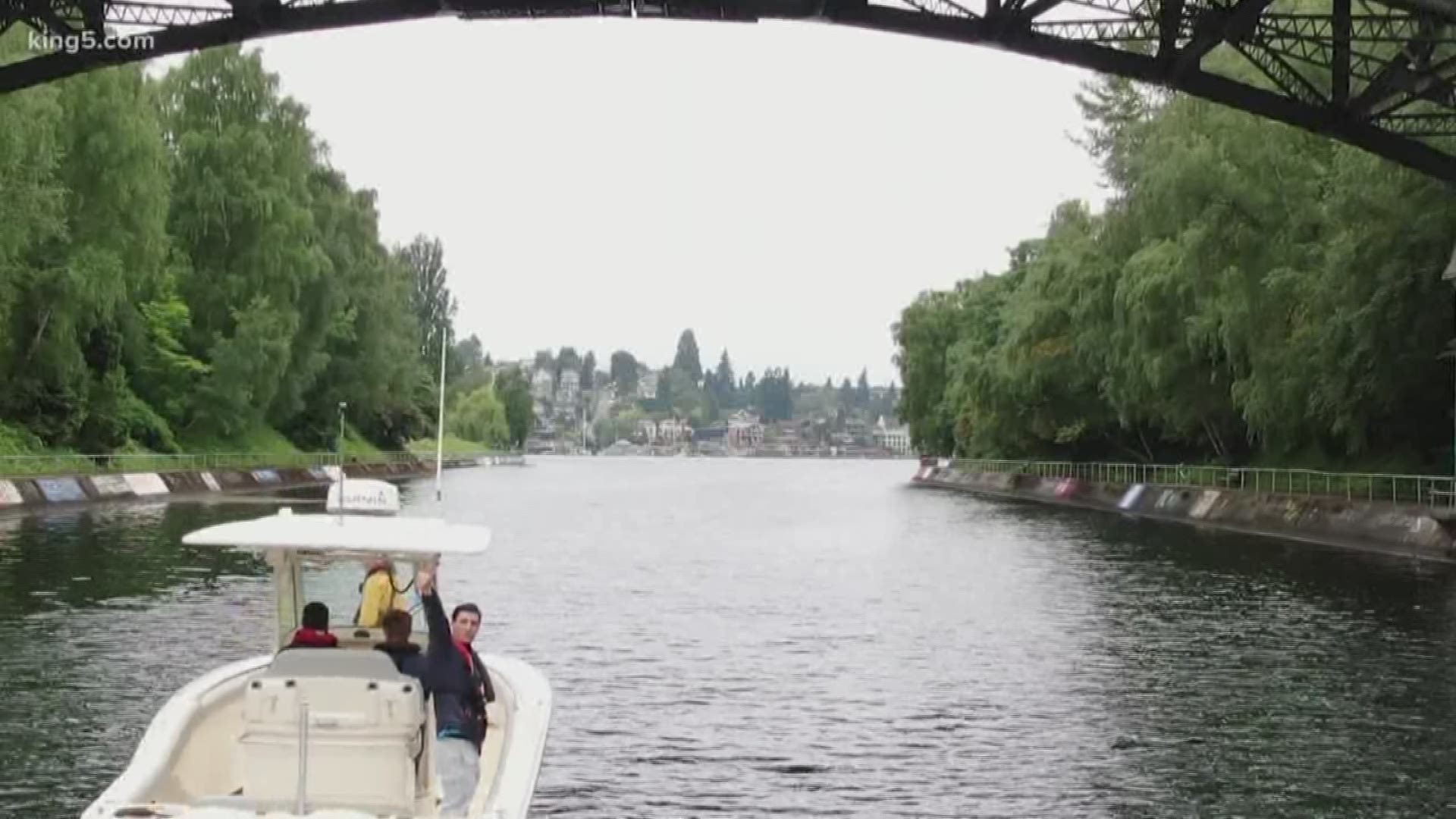 Some say that boating in the Pacific Northwest is better than anywhere else in the country. Sure, it comes with a little weather during the winter, but the scenery it brings surpasses any hurdles along its way.

And the fact that we can take boats from Lake Washington all the way out to the ocean makes for unique boating in our region.

James Baker has been boating his entire life. In fact, he loves it so much, Baker based his career around boats. He is the Vice President of Seattle Boat, a company that sells some of the top boats around the world.

“To me, what’s unique about the Northwest? The variety and the landscape, because your boating in these fjords. All these cliffs just get taller and taller and taller the deeper you explore. It’s fascinating."

Baker says the Northwest is considered a year-round boating location. Even when the weather gets sour, there are boaters out there trying to snag those salmon, or out on the ocean halibut fishing, or just exploring the San Juans. The diversity itself makes it one of the best places to boat in the world.

"I think it has to do with our diversity," Baker said. "From Lake Washington to inland lakes to Puget Sound… And even the coast. And you can go to Canada, if you want.”

The idea to link inland lakes to Puget Sound started in 1854.

The main purpose was for transporting logs, milled lumber, and fishing vessels. The Washington Ship Canal celebrated its opening on July 4, 1917. This was 63 years after Thomas Mercer first proposed the idea of connecting the two. It took 4 million cubic yards of dirt to be removed to create the Montlake Cut.

Now you have the freedom to travel from Lake Washington, through the Montlake Cut and into Lake Union, and then out the Ballard Locks into Puget Sound. And from there, around the globe if you’d like!

The Army Corps of Engineers were responsible for developing the Washington Ship Canal.

You just need a boat to take advantage of it. Or better, a friend with a boat!

Learn something, feel something, do something. Watch Take 5 at 4:00 p.m. weekdays on KING 5 or streaming live on KING5.com. Connect with the Take 5 team in the 5 Hive, on Instagram and Twitter.