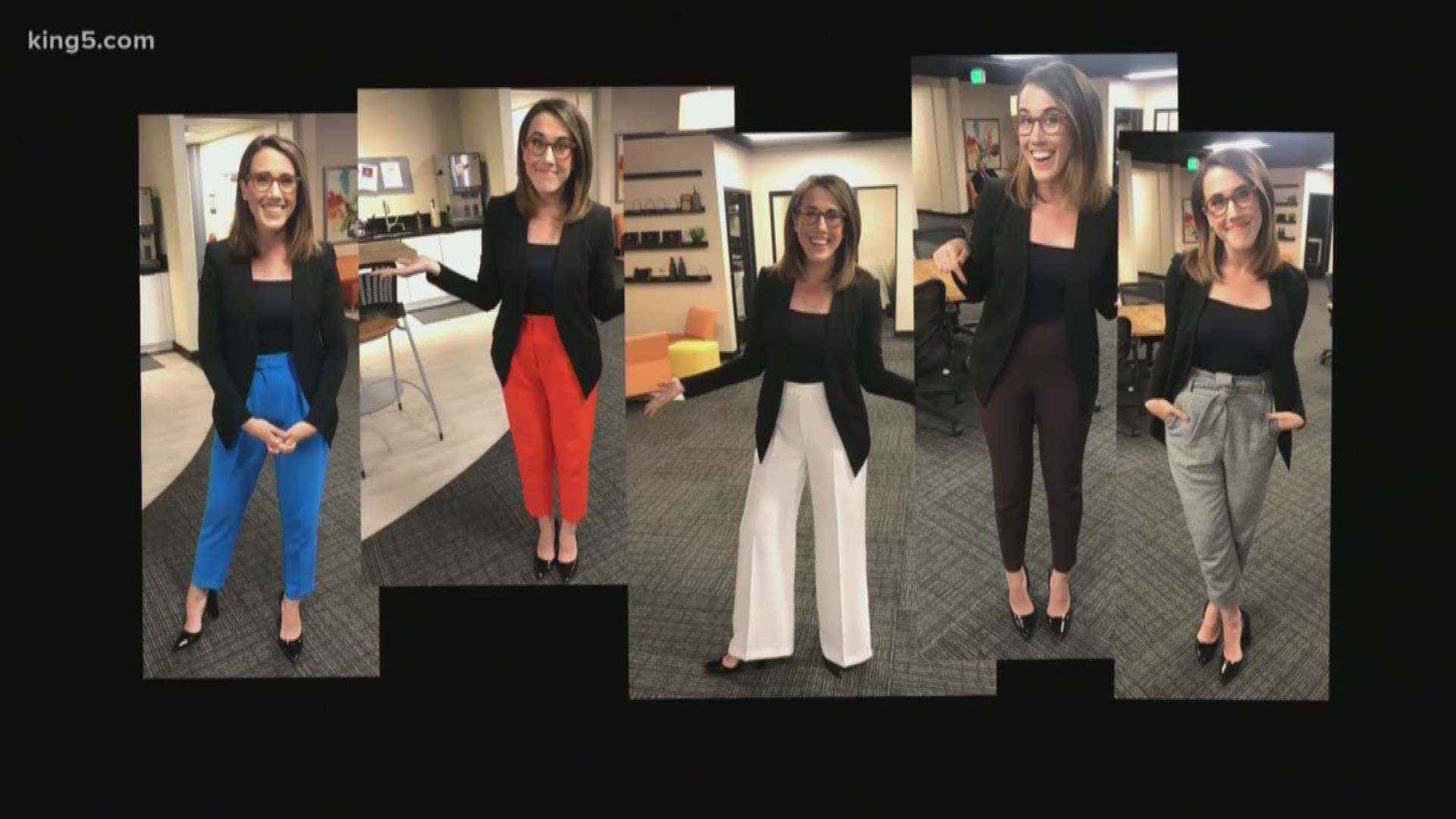 Maggie Vespa, a KGW weekend news anchor and reporter had a response for one Facebook user who told her to “dress like a normal woman” in a message sent to her KGW reporter account.

Maggie decided to wear a different pair of high-waisted pants on five separate newscasts over the weekend, then posted the pics to her social media accounts.

Vespa, a nine-year veteran of broadcast journalism, also delivered an on-air commentary about the remarks on KGW's Sunday late-night news with the support of her managers, she said in a phone interview Monday.

News Director, Greg Retsinas says, "Our on-air folks do hear it all, the good, the bad and the mean, and they take it all in stride. And sometimes, it deserves a good rebuttal. Maggie Vespa stood up for many in our industry with a thoughtful commentary. She stayed on the high road but she said what needed to be said".

“I’m a pretty secure person but 10 years ago this would have rattled me,” Vespa said. “I probably would have stopped wearing whatever that guy was criticizing and I would have gone out there with my minuscule paycheck and tried to buy some more clothes and tried to adjust. I remember that time, and I just thought if someone is starting out and getting comments like this, me calling it out for what it is might make it easier for them.”

Vespa said she received two messages from the viewer before blocking him. She declined to identify the person by name and a video segment accompanying her on-air commentary blacked out the name as well.

In one, he said she looked ridiculous in pants that “ride half-way up your torso.”

“Please change your wardrobe. You’re way too pretty to look so foolish,” the viewer wrote.

She replied to him and said she would not change her attire, prompting the viewer to write back while she was on the air live on Friday. In that message, he wrote, “OMG you really looked uncomfortably (sic) tonight. Try dressing like a normal woman. Doesn’t KGW pay you enough for a wardrobe makeover?”

Her male co-workers were shocked, she said, but this kind of incident is not new for women who work on TV.

Vespa said she shared the comments with her mother, who also worked as a news anchor in Peoria, Illinois.

“She talked about getting horrible, toxic comments from people and unbelievably sexist things that make this look pale in comparison,” Vespa said. “So I just thought, ‘Let’s say something.’”

KING 5 talked with Vespa about the response her on-air commentary has gotten.

"I was blown away by the response that I got. I thought this would hit a nerve locally, but I did not think I would be getting calls," said Vespa, who has been contacted by The Washington Post, USA Today, The New York Times, and also her hometown paper The Peoria Star.

"I think that it says something that we need to address," said Vespa. "We [women] should not be judged based on what we are wearing."