KING 5 Meteorologist Jordan Steele’s son was born this year with Down syndrome. His family went through a wave of emotions, but say they’re trusting the journey. 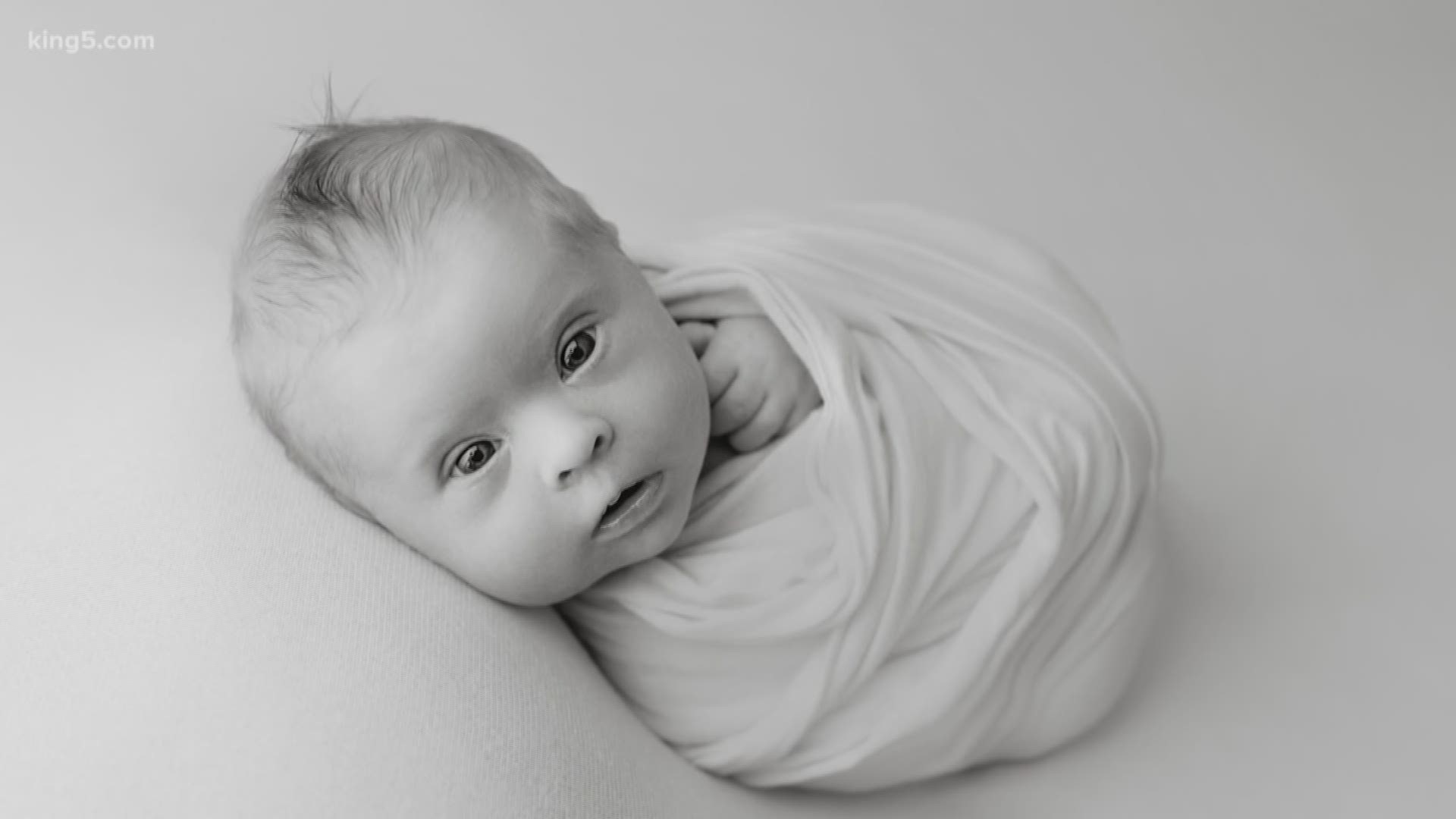 Hearing the words, “your child has Down syndrome,” can be a scary experience for any family. Especially when there are a lot of unknowns.

Every child with Down syndrome is unique, and although some symptoms can be similar, the overall experience with that child is completely different.

KING 5 Meteorologist Jordan Steele and his wife Dani learned that their child, Kinlin Coast, had Down Syndrome right after birth.

“We decided to be surprised with the gender and throughout the entire time we had this feeling that he was going to be a girl. And then he came out, and we were like, ‘No way!’" Jordan said.

Within six to eight hours, one of the nurses came in and said, "We need to test him for Down syndrome."

"We were shocked, scared, and immediately emotional,” Jordan said.

Down syndrome is the most common chromosomal condition diagnosed in the United States, according to the Centers for Disease Control and Prevention. Each year, about 6,000 babies born in the U.S. have Down syndrome. That means that Down syndrome occurs in about 1 out of every 700 babies.

“So what we found out really quickly was that children with Down syndrome sometimes have heart defects, and Kinlin has one," said Dani. "There’s stuff that comes along with this diagnosis, but so far for Kinlin has been resolving.” 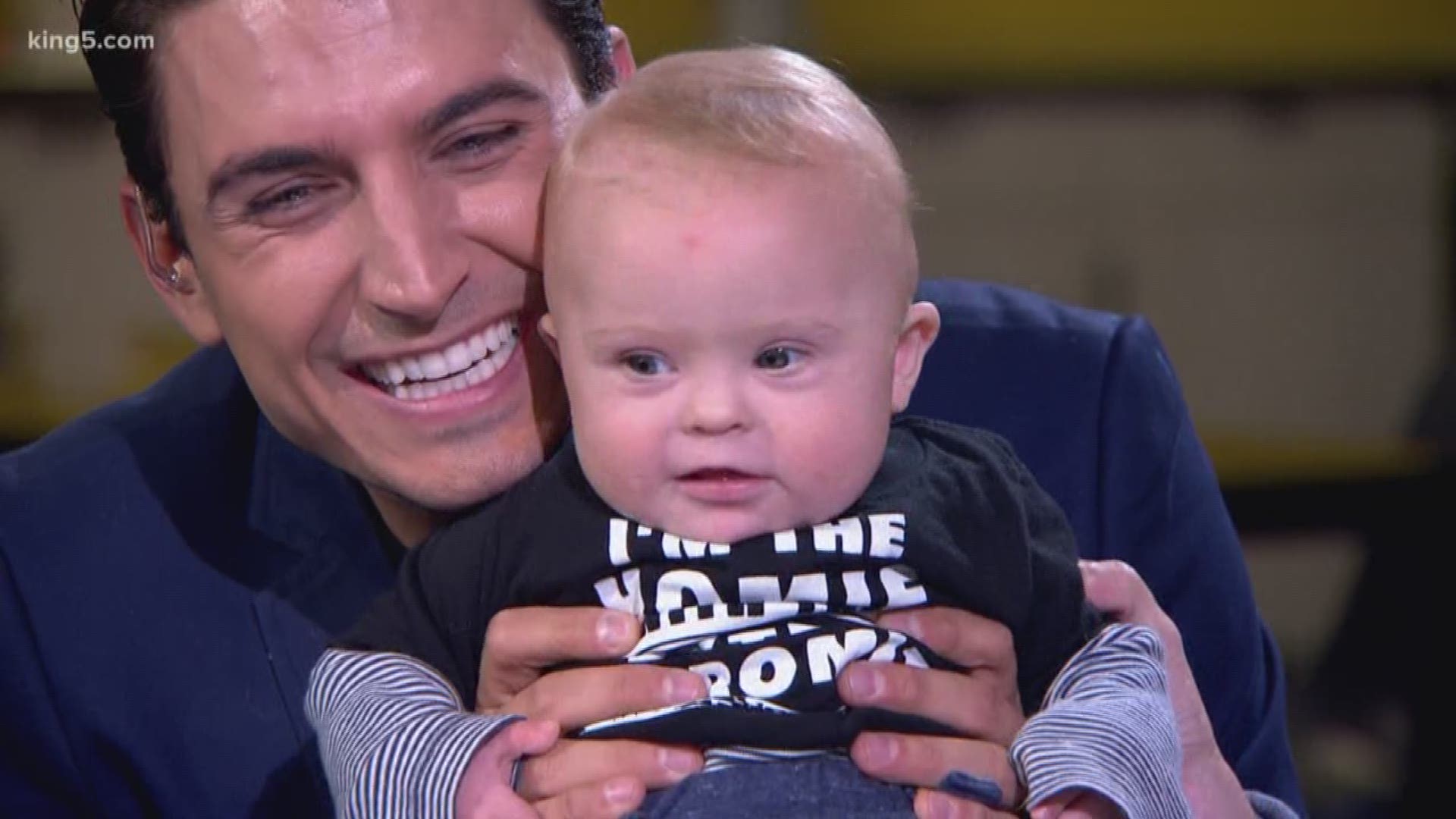 “There are always complications. But that’s probably the most challenging part," Dani said.

Kinlin has physical therapy twice a week so he can be strong like typical children.

"It’s kind of nice, because you get to spend so much more one-on-one quality time with him," Dani said. "You really get to know his needs and what makes him so unique and so special.”

This isn’t their first baby. Jordan and Dani also have twins, a boy and a girl.

“The coolest thing about him, just circling back, is the way he completes the family," Jordan said. "The kids absolutely love him. They watch out for him. They can’t get enough of him. And it’s been really cool.”

Dani acknowledged that the diagnosis was was scary. However, she urged parents who are facing a similar situation to "know that it’s all working for you."

“You just have to trust whatever journey you get placed on and try and find whatever beauty you can find in that moment," Dani said.

For Dani, a defining moment was sitting in the hospital room and looking at social media of other parents and their fears. Then she looked forward and saw how beautiful their children were, how happy they were, and how those parents wished they could go back and tell themselves that everything would be just fine.

“I think if you get a diagnosis that you’re not expecting it’s important to just reach out to the community you’re going to be joining and really have an open heart when you're speaking to these parents, because we’re not lying. It really is the best gift in the entire world," Dani said. "And I wouldn’t trade his extra chromosome for anything.”