Since Washington state doesn't have an income tax, it relies on other taxes like sales, property, and gasoline taxes which are paid by all residents. 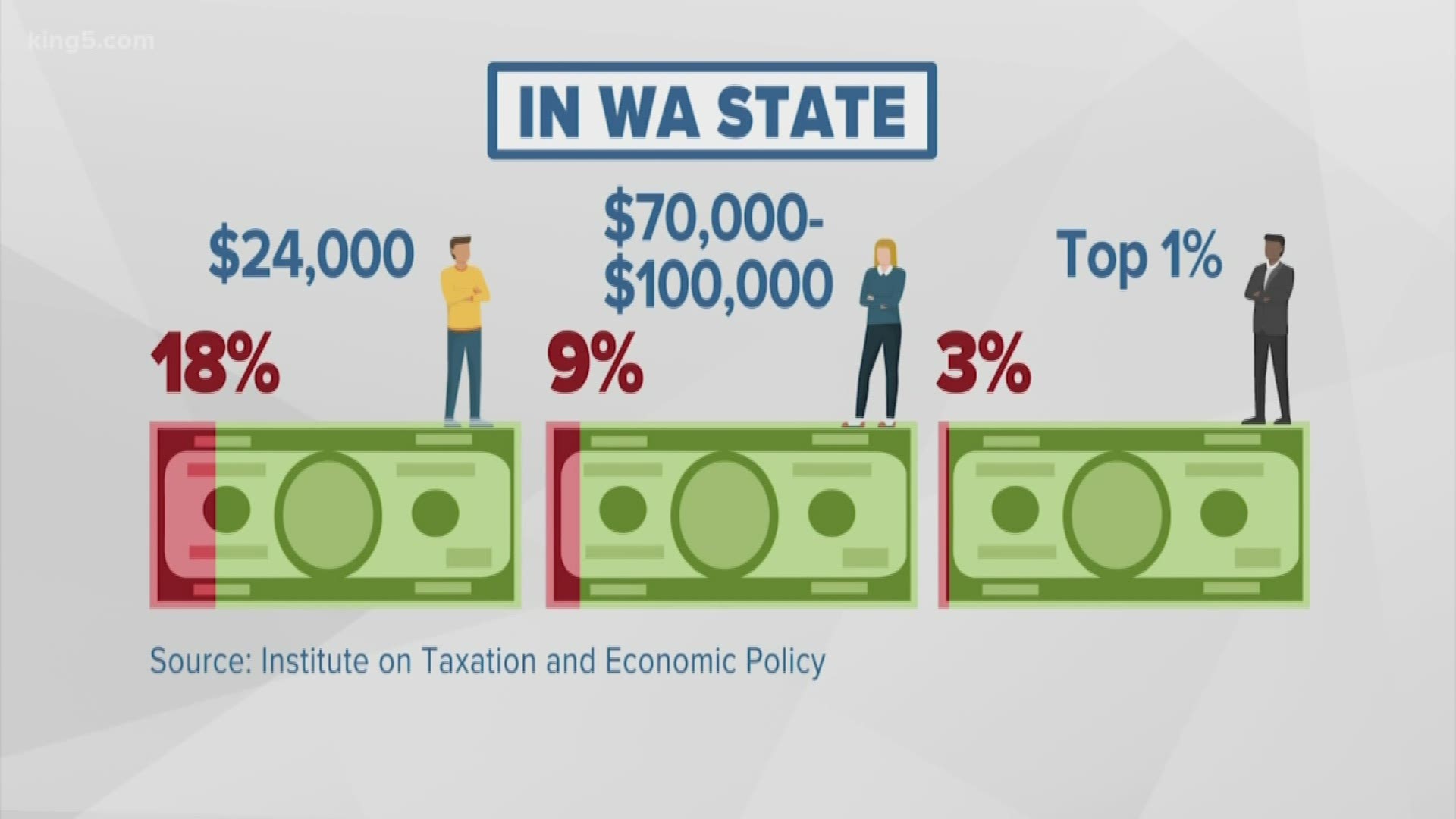 He's already at the top of the federal income tax bracket at a rate of 37 percent, which means he earns more than $500,000 per year. But in Washington, as little as four percent of his income goes to local taxes.

Since Washington state doesn't have an income tax, it relies on other taxes like sales, property, and gasoline taxes which are paid by all residents.

If you earn $24,000 per year, it's estimated you spend 18 percent of your income on local taxes like sales, gasoline and property taxes.

And people like Fowler, in the top 1 percent, typically spend three percent of their income in local taxes.

"It's embarrassing our tax system is making people more impoverished," said Misha Werschkul, the Executive Director of the Washington Budget Policy and Research Center. She called our tax system upside down and pointed to our national standard for taxation, where the higher your income, the higher your tax rate.

In an annual list that names the 10 worst states for average Americans, Washington ranked number one.

Which was why Fowler, Werschkul and others said they support a bill that would tax capital gains. Capital gains can be described as a tax on the sale of something expensive, like stock or fine art. The state would tax the profit from that sale.

RELATED: The political realities of a capital gains tax to fund Washington education

One state bill being considered, SB 5314, would obligate the state to spend the money raised by the new tax on education and property tax relief.

"Low and middle income people feel the impact of our tax code. They are primarily funding state and local governments" Werschkul said.

There are five different bills legislators are considering, to implement a capital gains tax in Washington. Lawmakers are expected to consider those when they work through the budget in the next couple of weeks. 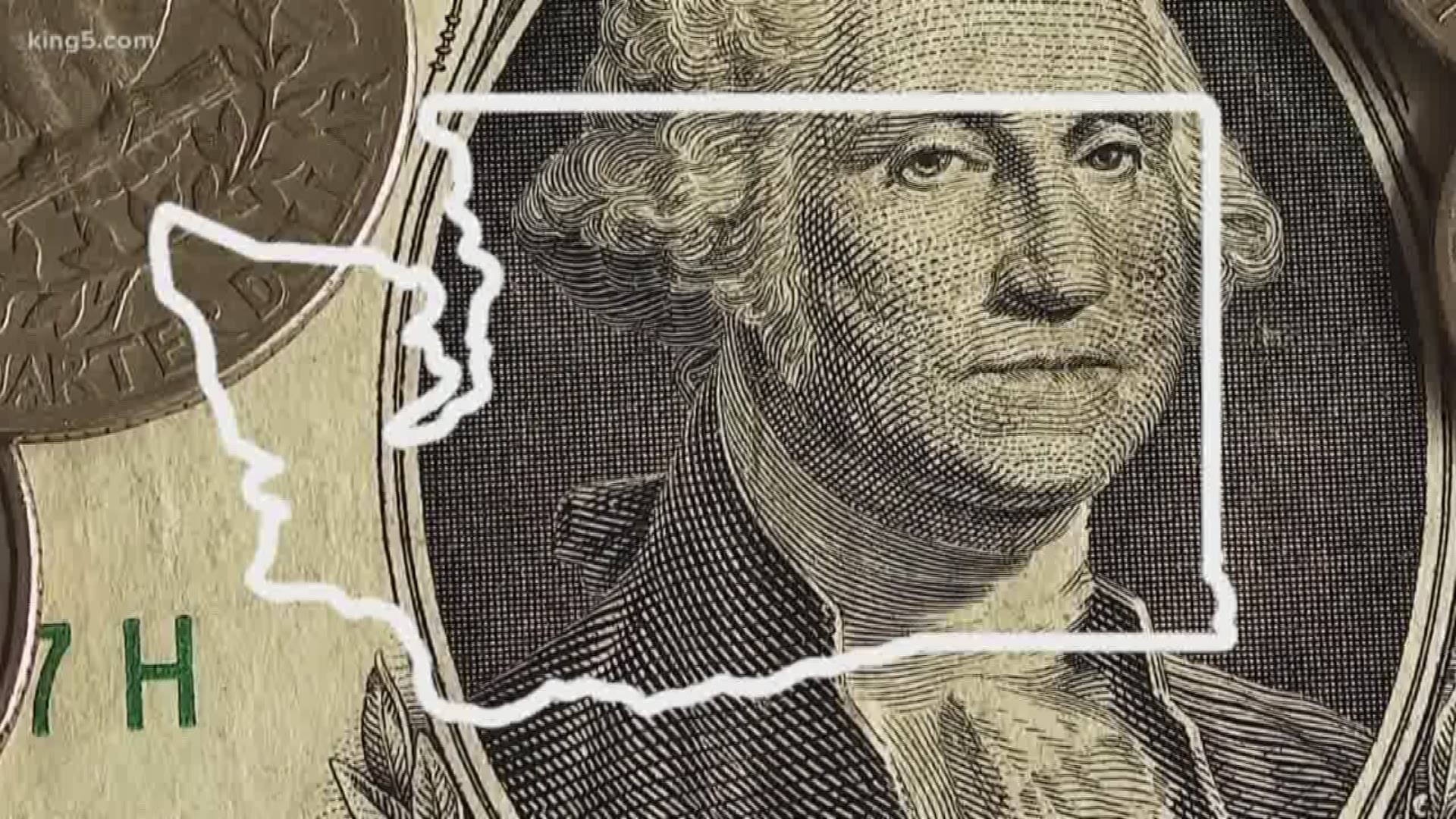