The students at Edmonds-Woodway High School raised $8,654 for cancer research as part of their annual homecoming fundraising effort. 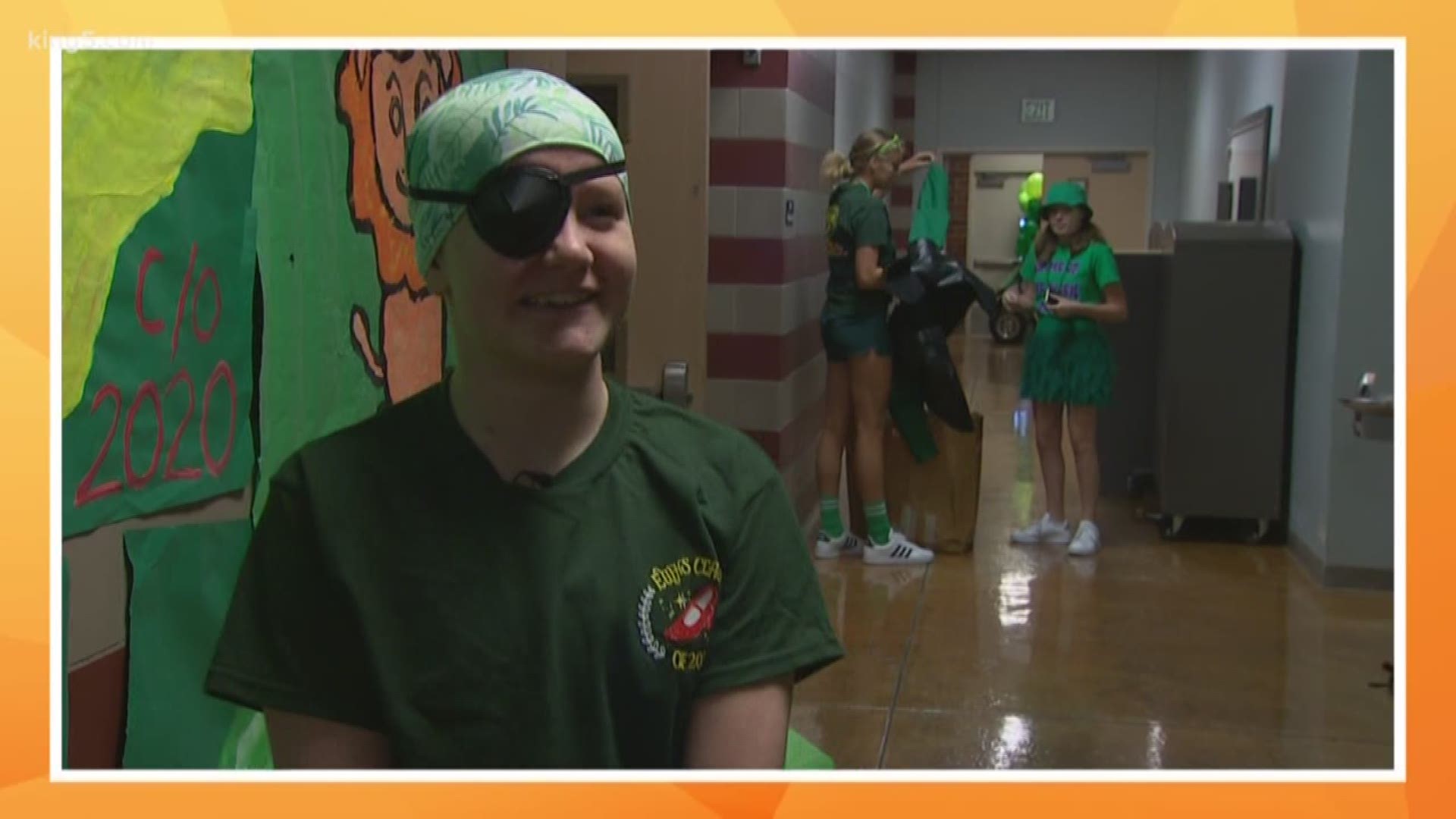 EDMONDS, Wash — Students at an Edmonds high school revealed an overwhelming show of support on Friday for one of their classmates battling cancer.

17-year-old Emily Hood has an inoperable brain tumor. She has been fighting cancer since around Christmas last year.

Her classmates at Edmonds-Woodway High School have been very supportive, and on Friday they showed Emily just how much they care.

The students made brain cancer research the focus in their annual homecoming fundraising campaign and announced they raised $8,654 for the cause.

“It's so nice. I love them so much. It's really sweet that they're doing this for me, and not just me but other kids, too,” said Emily.

Emily also had some good news to share. She said her tumor has shrunk by 56%, which is very rare for her type of cancer.