Doctor explains when to get checked for ovarian cancer

Ovarian cancer has a 90% cure rate when discovered in the early stages, but symptoms are often mistakenly attributed to gastrointestinal disorders. 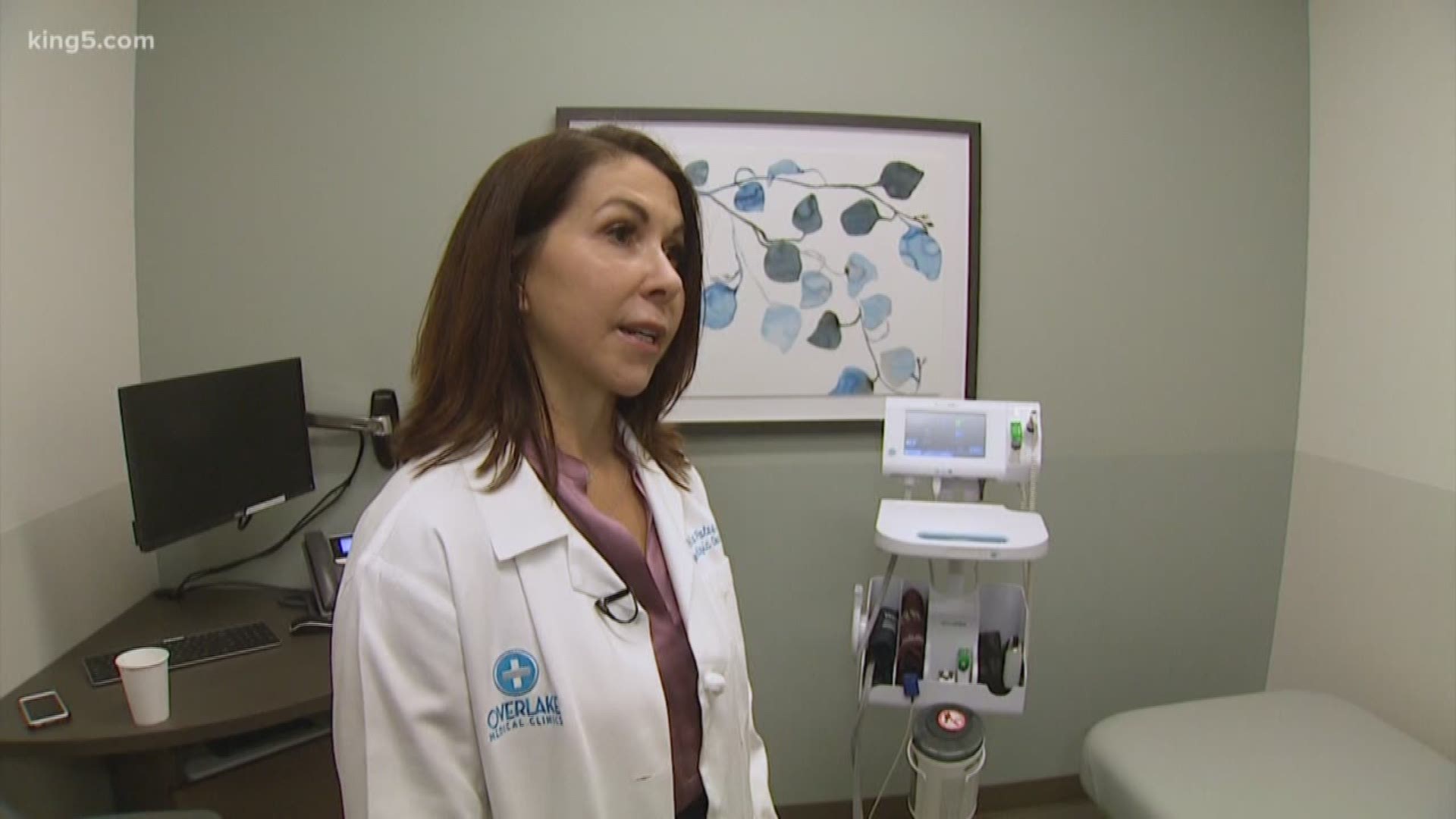 SEATTLE — September is Ovarian Cancer Awareness month and it is important for women to understand if they may be experiencing symptoms of the disease.

Ovarian cancer has a 90% cure rate if it is discovered within the early stages, but unfortunately many women discount the symptoms because they are so common.

Angela Poe Russell spoke to Dr. Pam Paley, a gynecological oncologist, about what women should know in order to be proactive about treatment.

“It is much more common for women to develop noticeable symptoms when the cancer has already spread out of the ovary,” Dr. Paley said. It is part of the reason women typically discover that they have ovarian cancer after it has already progressed to the later stages.

RELATED: What a Redmond woman wants you to know about ovarian cancer

Dr. Paley stresses that the symptoms will be subtle, but things to look out for include bloating, changes in bowel habits, feeling full despite eating little, or not fitting properly into clothing. If any of these symptoms persist for at least one week without a reasonable explanation, Dr. Paley urges a visit with a physician to get evaluated.

Because the symptoms are so general, it is possible that ovarian cancer will be misdiagnosed as a different condition. Dr. Paley suggests that if a patient feels something is still wrong after a check-up they can request special testing and blood work for a conclusive diagnosis. Women can ask for a CA-125 test, which specifically tracks a protein linked to ovarian cancer cells.

You can visit the American Cancer Society’s website for more information on ovarian cancer, including more symptoms, risk factors, and treatment.