Why 'making it' financially got harder for Western Washingtonians this year

New data reveals why many in the Seattle-Tacoma area are financially in the hole. 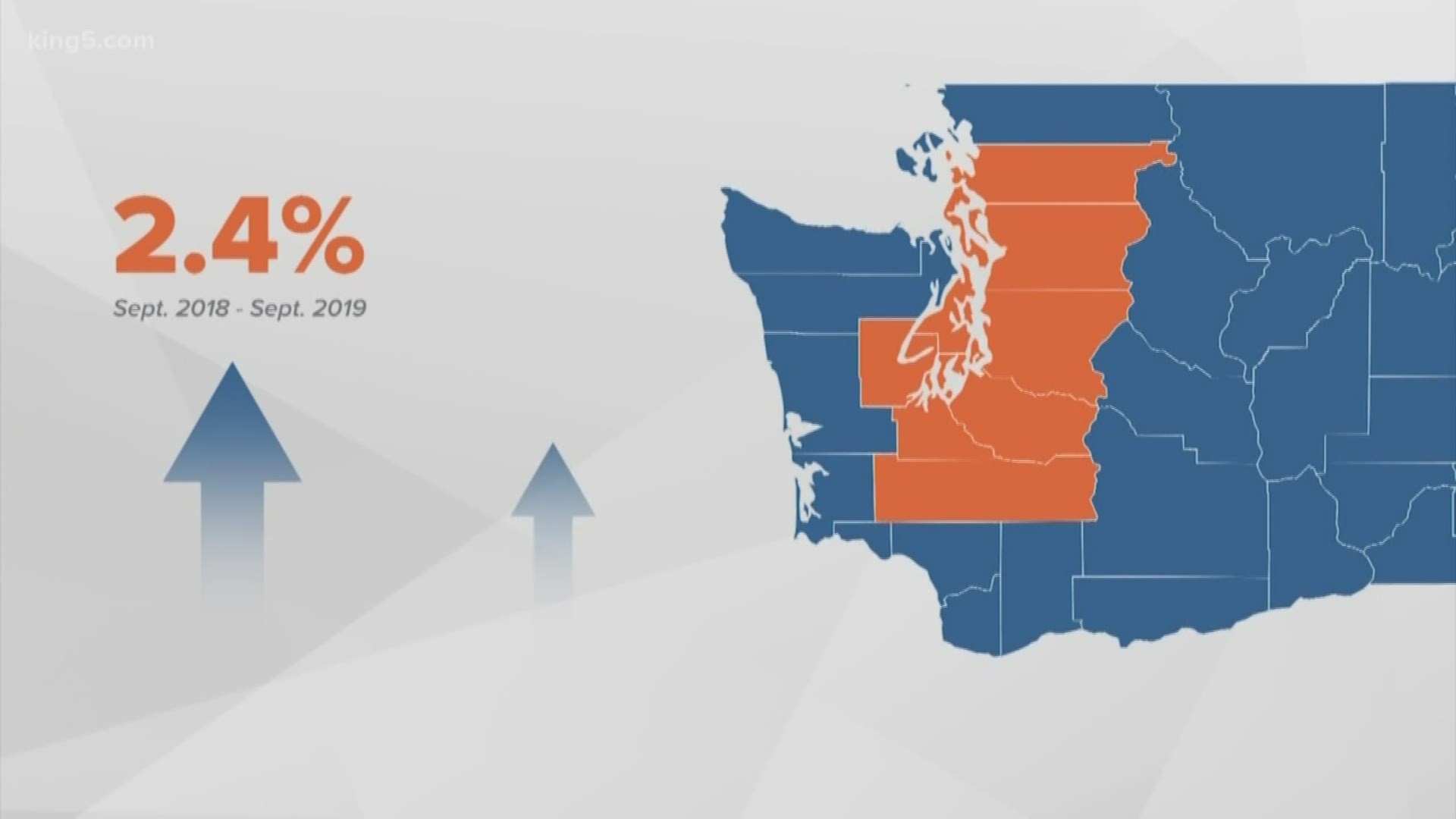 SEATTLE — The Department of Labor announced that wages in Seattle have increased this year, but that statistic may not be as exciting as it sounds.

Looking at eight counties in the Seattle-Tacoma area, their data showed that residents are making more money now than they were a year ago.

When it comes to a person's standard of living, the number that matters most is what's called the "real wage."

Your "real wage" is defined by how much a person earns after taking into account the cost of living.

While wages in the Sea-Tac metro area may be up 2.4%, the U.S. Department Of Labor data shows that the Consumer Price Index (CPI) is up 3.2% from a year ago.

That means the real wage down roughly 0.8%.

The consumer price index helps track our real wages. It measures how much we all pay for goods and services like food, medical care and transportation.

Our real wages in the region aren't keeping up with the cost of living.

The Department of Labor tracked CPI and wages in 16 major metropolitan areas, and Seattle and Philadelphia were the only cities with a negative real wage this year.

Angela will break down why this is happening in Seattle in Part II of her Deep Dive investigation.