Covington teen documents spinal surgery to give hope to others: 'Just be strong'

A girl in Covington with a spinal disorder documented her surgical journey to give hope and reassurance to anyone dealing with a similar issue. 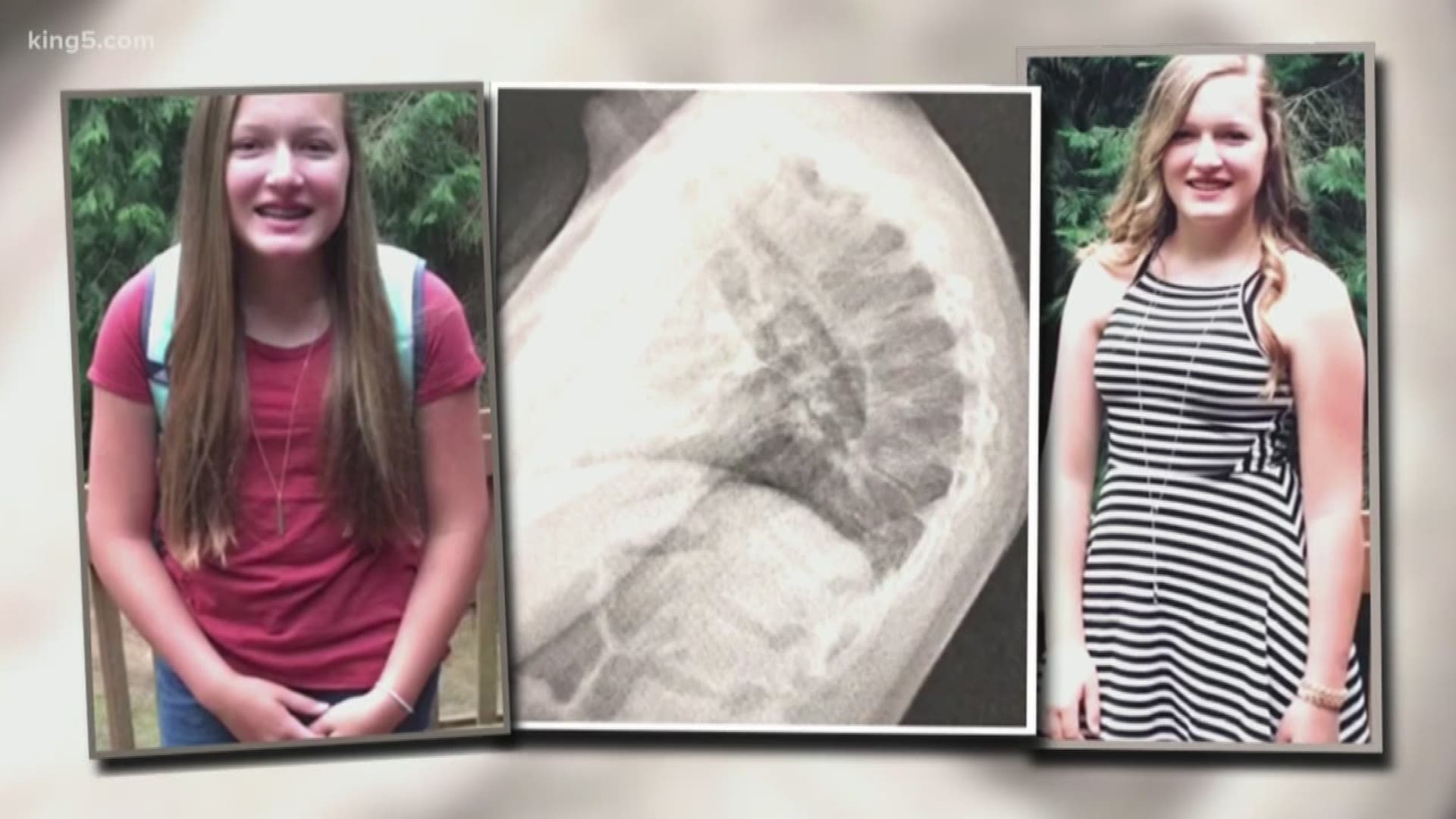 A teenager in the Covington area decided to document her journey through spinal surgery in hopes of reassuring those going through the same thing.

"It's called Kyphosis. It would make me hunched over all the time and I couldn't sit up straight," Lilly Cromwell said. Kyphosis is a spinal disorder, described as an excessive curve through the upper back.

"I played soccer for 11 years and it would hurt a lot to run and kick my leg up to score a goal," Cromwell added.

Cromwell's case was severe enough doctors recommended a surgical fix. She has two rods and 26 screws to hold everything together. Doctors also took out some bone from her spine.

Throughout her recovery, her mobility had to stay limited, which included one of her first loves, riding horses.

"I was devastated," Cromwell said. She had to learn how to walk and breathe differently through the process.

Cromwell documented her recovery with pictures, songs and her favorite pieces of scripture. She told us keeping her family and faith close is what really helped her through it. She ended up putting together a YouTube video for other teens who may be going through the same thing, hoping they will find comfort and support with those closest to them.

"I wasn't suppose to ride or do anything for six months," Cromwell said. She did just that, following her doctor's advice to get cleared early.

"Just be strong, its really hard."