Azrael Early is recovering from cancer and was too weak to go trick-or-treating on Halloween night. But the community stepped up to bring the treats to him, instead. 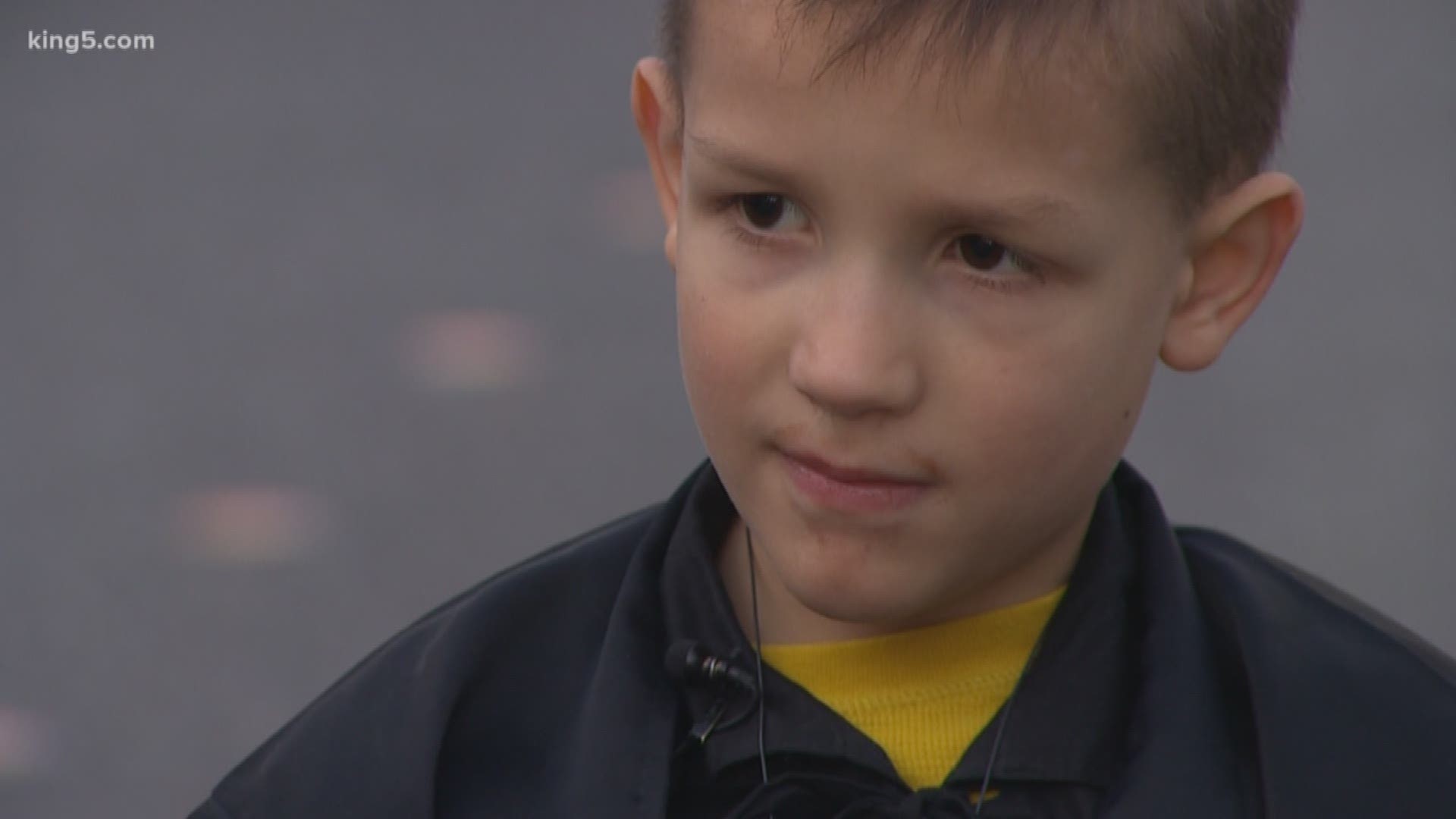 A Bremerton boy overcoming cancer and too weak to go trick-or-treating had only one wish for Halloween - to give out candy to other kids. His wish was granted with the help of his community Halloween night.

Azrael Early turns 9 next week. Like most kids his age, he loves Halloween, especially since it falls so close to his birthday.

Azrael has been battling brain and spine cancer since 2017. Now in recovery, he was too weak to go trick-or-treating, but he asked his mom if he could pass out candy to other kids this year.

His mom Jessie put a post on Facebook hoping to get some neighborhood kids to stop by on Halloween.

"I expected it would be difficult to get 10 kids to my house and instead I got 800 responses," said Jessie.

Bremerton Mayor Greg Wheeler reached out and suggested Azrael set up a booth at the community trick-or-treat event.

Azrael and his mom then asked people to visit his booth on Halloween night and the turnout was huge.

"I brought him a birthday present," said one woman who came down to visit Azrael. "I was in contact with his mom Jessie and asked him if there was something special he wanted soI found it and brought it down!"

"I just wanted to say thank you," said Jessie. "Thank everybody for showing up and coming out to support my little boy because this is going to be something he remembers for the rest of his life and I really appreciate it."