Although she has a genetic heart condition and has a defibrillator implanted in her chest, Jennifer Cullison will compete in the TCS New York City Marathon. 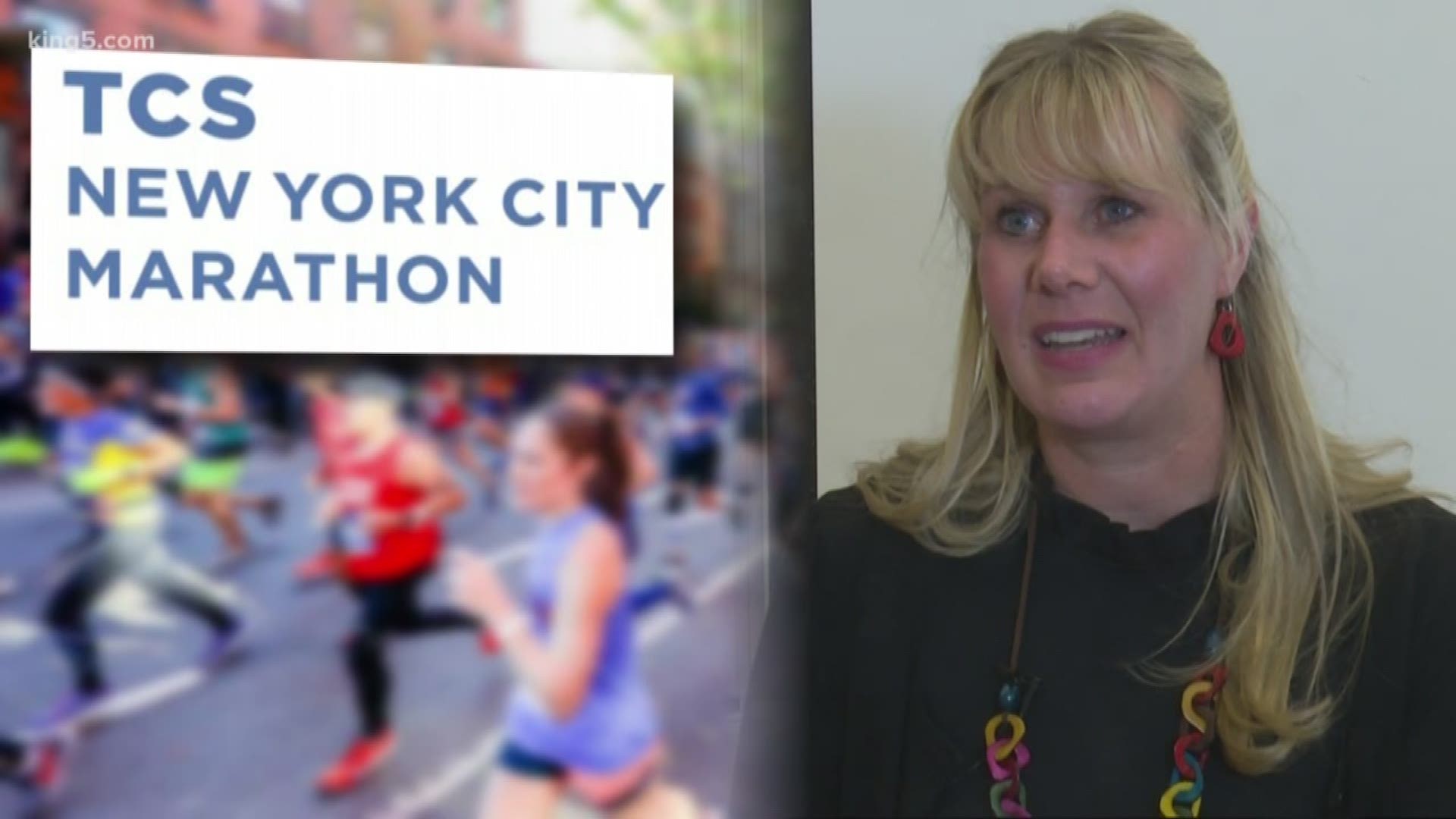 If running a marathon alone is not enough, she is doing it with a defibrillator implanted in her chest.

"The TCS New York City Marathon is one of the six major marathons in the world, in the Abbott Series. It's been my goal to complete all six," Cullison explained.

She entered the race through a lottery process, but did not make it through.

Shortly after, she was contacted by a group looking to sponsor teachers who stand out because of the adversity they have faced and their commitment to teaching. Cullison answered three questions and was selected as one of 50 teachers across the nation to get the VIP treatment in the Team TCS Teachers Program.

"I have always had an appreciation for being active because I wasn't always able to do that with my heart condition. As soon as I could start playing sports I did," she said.

She was diagnosed as a young baby. She played basketball in high school, rugby in college and started running while studying for her Ph.D. in Molecular and Medical Genetics.

"At the same time I was doing that, my sister was diagnosed with the heart condition that I have. My aunt was actually waiting for a heart transplant at the same time," Cullison said.

At that point in life she went through a period of reevaluation. She debated staying in the research field but realized the long hours may put everything else on hold in other places of her life. She asked herself, "Is there something else that I could do that I would enjoy? And still have more balance in my life?"

Cullison changed course and earned her teaching certificate. "I really found my passion here," she said.

For 15 years she has been inspiring and influencing young minds in science classes. She also knows more struggle than most.

"My father also had the heart condition. He passed away when I was 10. I have three sisters as well so it kind of put us in a position as a family where we struggled quite a bit. My older sister and I really took charge and helped out in that situation. We helped raise my younger sister," Cullison explained.

Through her life experience she has made a bucket list and conquers those items as soon as she can. In fact, she travels the world because of it.

"You don't know if you have tomorrow, you just don't. So people ask me 'What's on your bucket list?' It is short, because I do it all," she said.