A Washington mom leads a group of 10 Girls Scouts whose members all have Down syndrome. 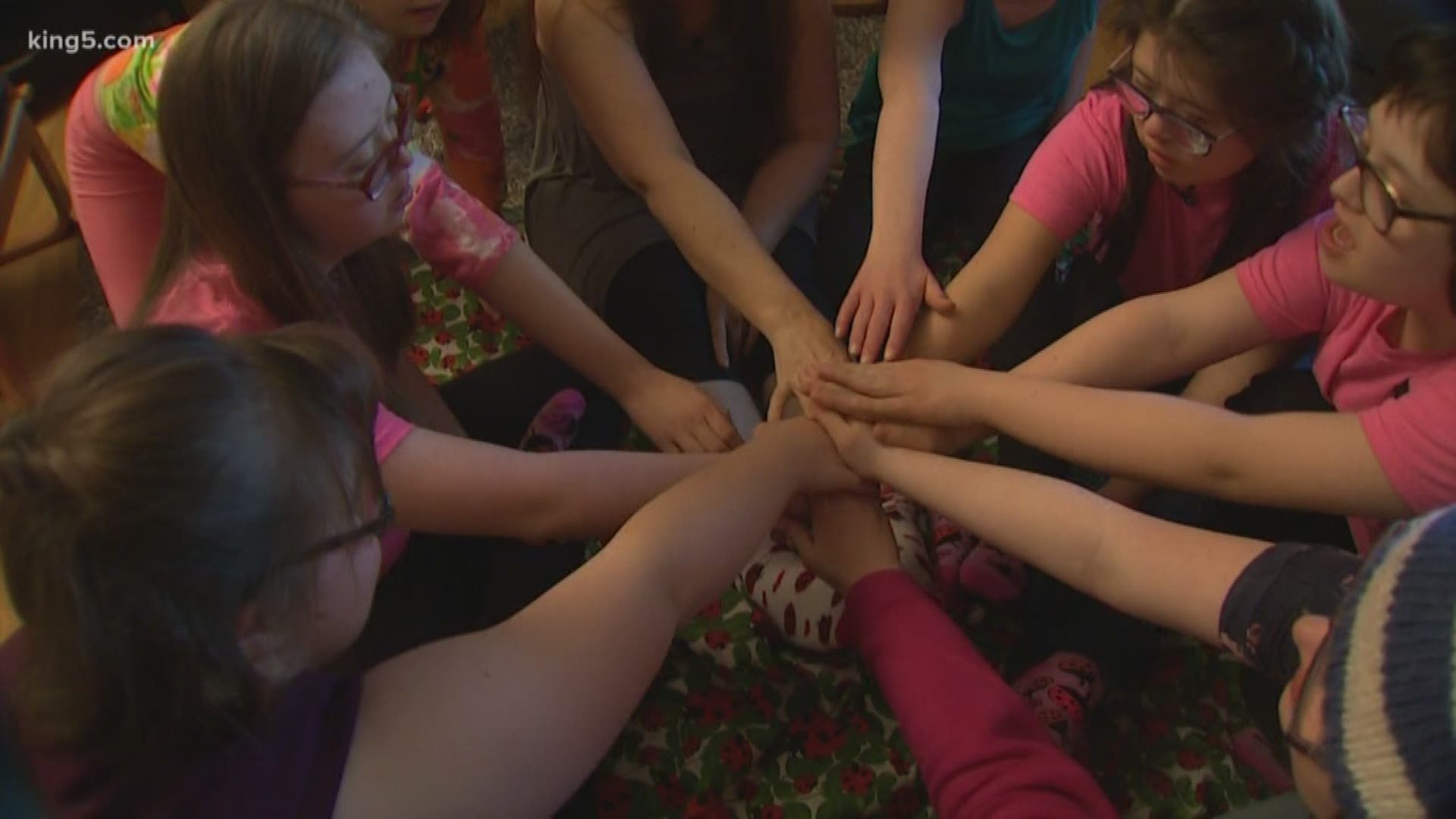 A group of childhood friends have been part of the same Washington state Girl Scout troop for nine years. They have a lot in common. The girls love cookies, ladybugs, and they all have Down syndrome.

Troop Leader Linda Sauve formed the group with her daughter Sarina when the girls were around the ages of 5 and 6.

Her friend Maddie points out, "I got a lot taller!"

Sarina, Maddie and eight of their friends call their troop The Ladybugs, and they enjoy crafts, sleep overs, and dance parties.

"What I like about Girl Scouts is that your friends are there for you," another trooper member said.

"People, if you have Down syndrome, that's cool. You get to do cool activities!" Sarina said.

Her mom hopes the girls' tight-knit friendship will serve them well into adulthood.

"I just expect them to continue to achieve whatever they want to achieve," said Troop Leader Sauve.

Sarina and her mom Linda shared their story with Take 5 on World Down Syndrome Day: