It's been a crime to cross the border illegally since 1929. Law is one thing, but policy and enforcement are another. This timeline highlights some key moments that led us to today. 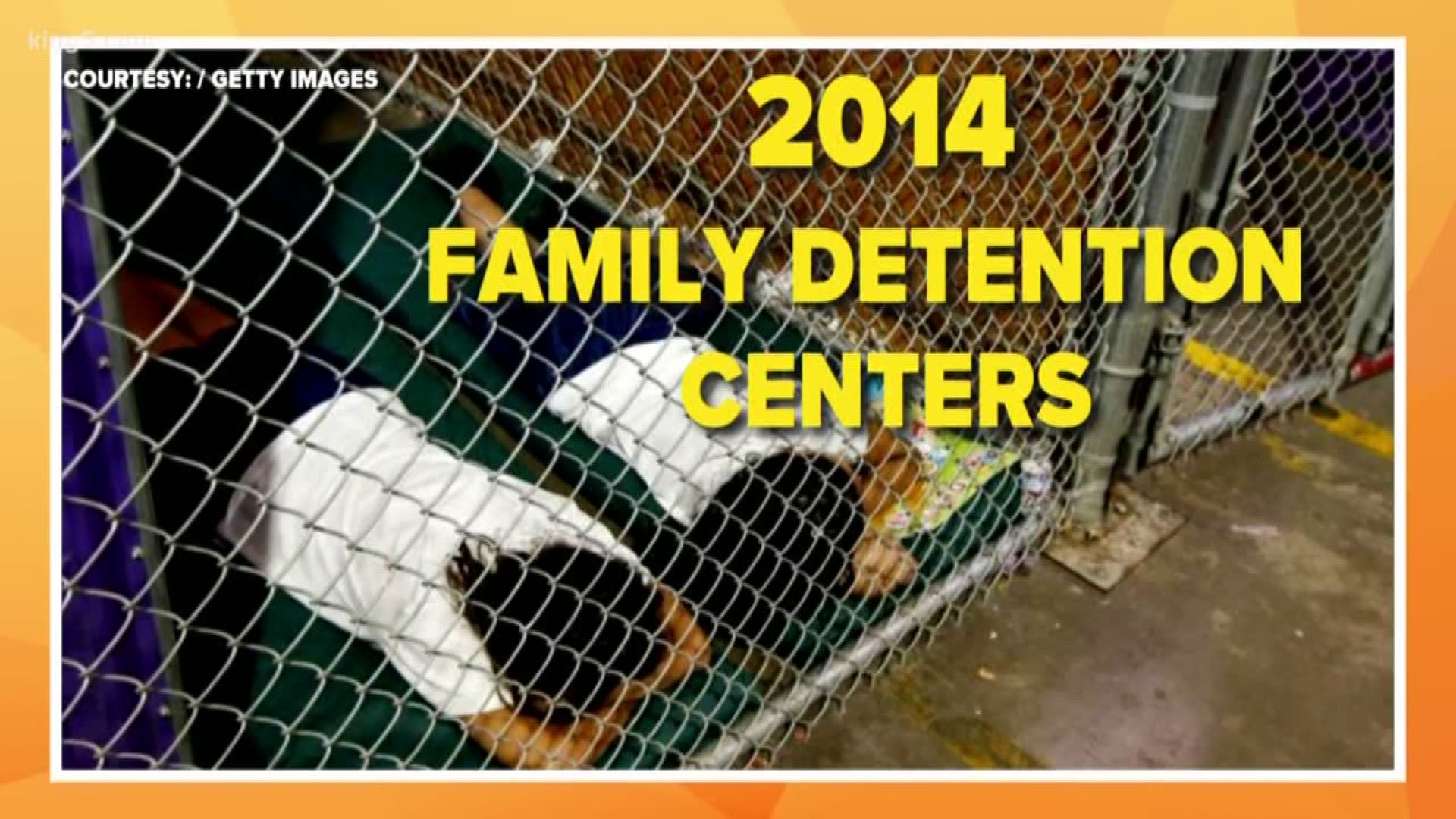 1929 It becomes a crime to cross the border illegally. It's a misdemeanor the first time.

1997 Flores Settlement Agreement
This set national standards regarding children in detention. It covers how they should be treated and how long they can be held in detention. In fact, it set a limit of 20 days. No family separation involved.

2009 Surge Continues Under Obama
President Obama continued the surge in prosecutions and had more deportations than the Bush Administration. There was no family separation unless there were concerns of trafficking or the welfare of the child.

2014 Children Crossing Alone
Due to increasing violence in Central America, more children than usual began arriving at the U.S. border. An image surfaced of kids being held in fenced cage-like areas. Obama Administration officials said they didn't have enough facilities at the time to deal with the numbers who entered the country.

2014 Family Detention Centers
The Obama administration opens family detention centers. This leads to lawsuits accusing the administration of violating the Flores Settlement by holding kids too long. Also, family housing conditions didn't comply with the settlement. So Instead of separating families, after the 20-day limit, they were released to return on their own recognizance until a hearing date.

2016 Appeals Court Blocks Parent Release
An appeals court ruling says the government no longer has to release the parents when they release the children. That left President Obama's administration with the difficult decision of either separating the children to prosecute the parents, or letting both go into the community until their hearing. They chose the latter.

April 2017 A New Era
Attorney General Jeff Sessions announces plans to step up prosecutions of unlawful entries, saying at the time "Those that continue to seek unlawful entry into this country, be forewarned: This is a new era. This is the Trump era. The lawlessness, the abdication of the duty to enforce our immigration laws and the catch and release practices of old are over. "

April 2018 Zero Tolerance
The Attorney General announces a new zero-tolerance policy.
This meant ALL adults regardless of whether they have children with them would be prosecuted and that meant separation from their children.

June 20, 2018
President Trump signs an executive order meant to end the separation of children from the parents. The plan is to detain families together.