Detectives are searching for a female suspect after a fire that they believe was intentionally set in Pierce County. 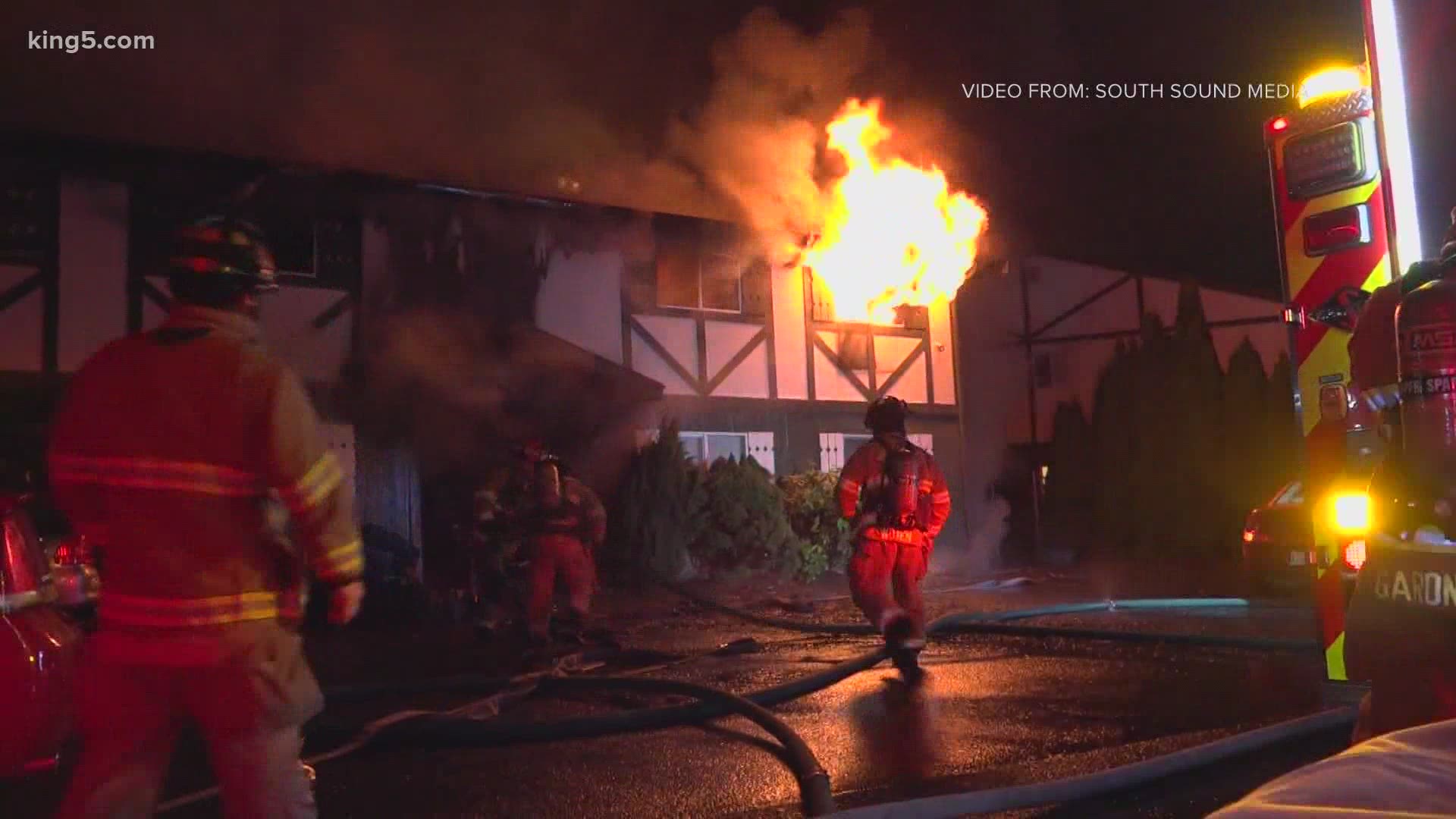 UNIVERSITY PLACE, Wash. — A fire that tore through an apartment building in University Place early Monday morning may have been intentionally set, according to police.

The Pierce County Sheriff's Department is investigating a suspected "domestic violence arson" in which residents jumped to escape the flames.

“Someone caught us," said Naomi Allison. "He said jump and I’ll catch you. We jumped and he caught us.”

Deputies learned the fire may have been intentionally set as they responded to the scene just after midnight to a report of a four-unit building on fire along 76th Avenue West.

Deputies said a domestic dispute occurred inside one of the units Sunday night. Witnesses reported seeing someone throw a Molotov cocktail at the building around midnight.

Detective are now searching for a female suspect. 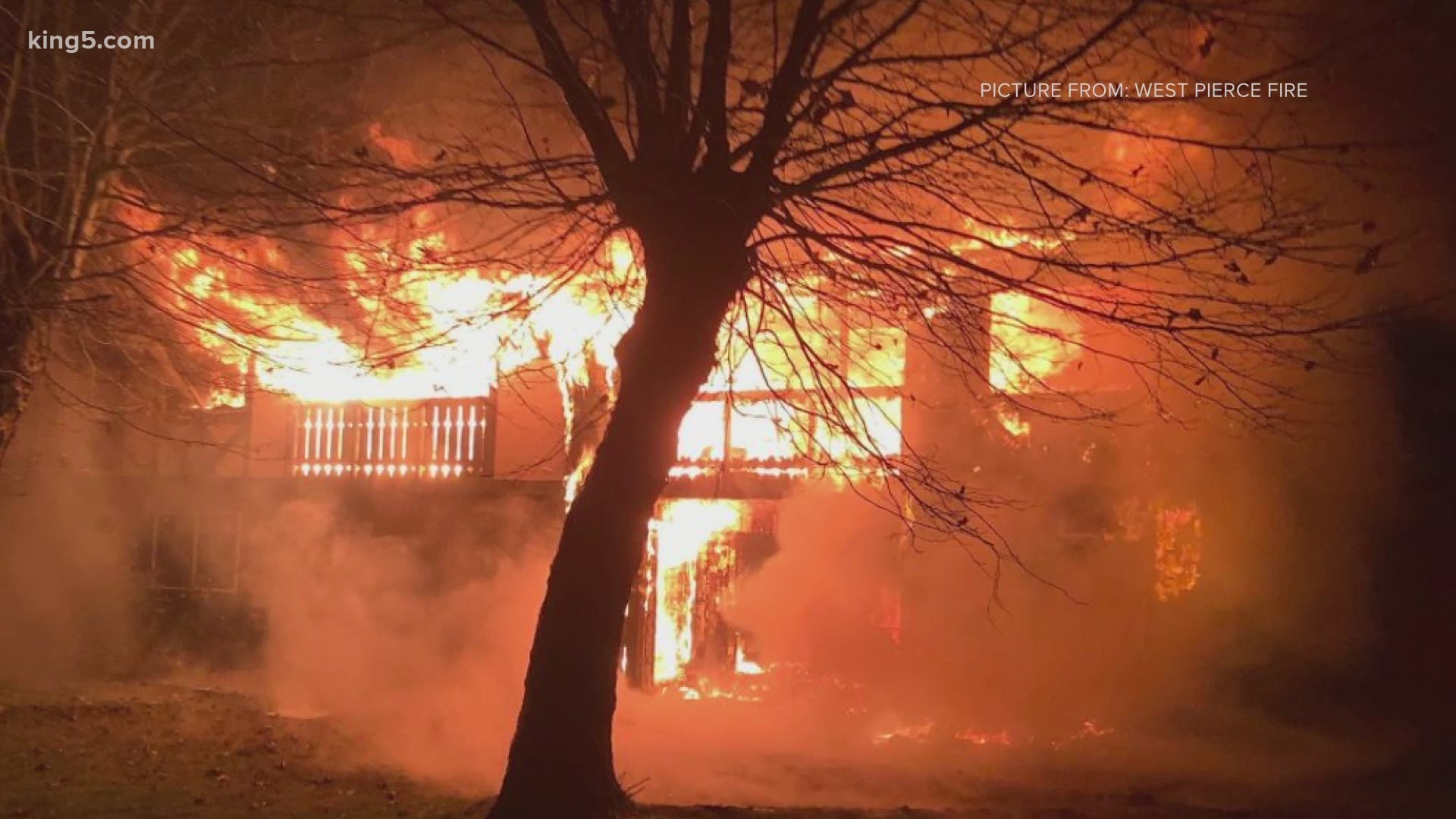