Two people sustained minor injuries in the fire. One person was transported to a local hospital for treatment. 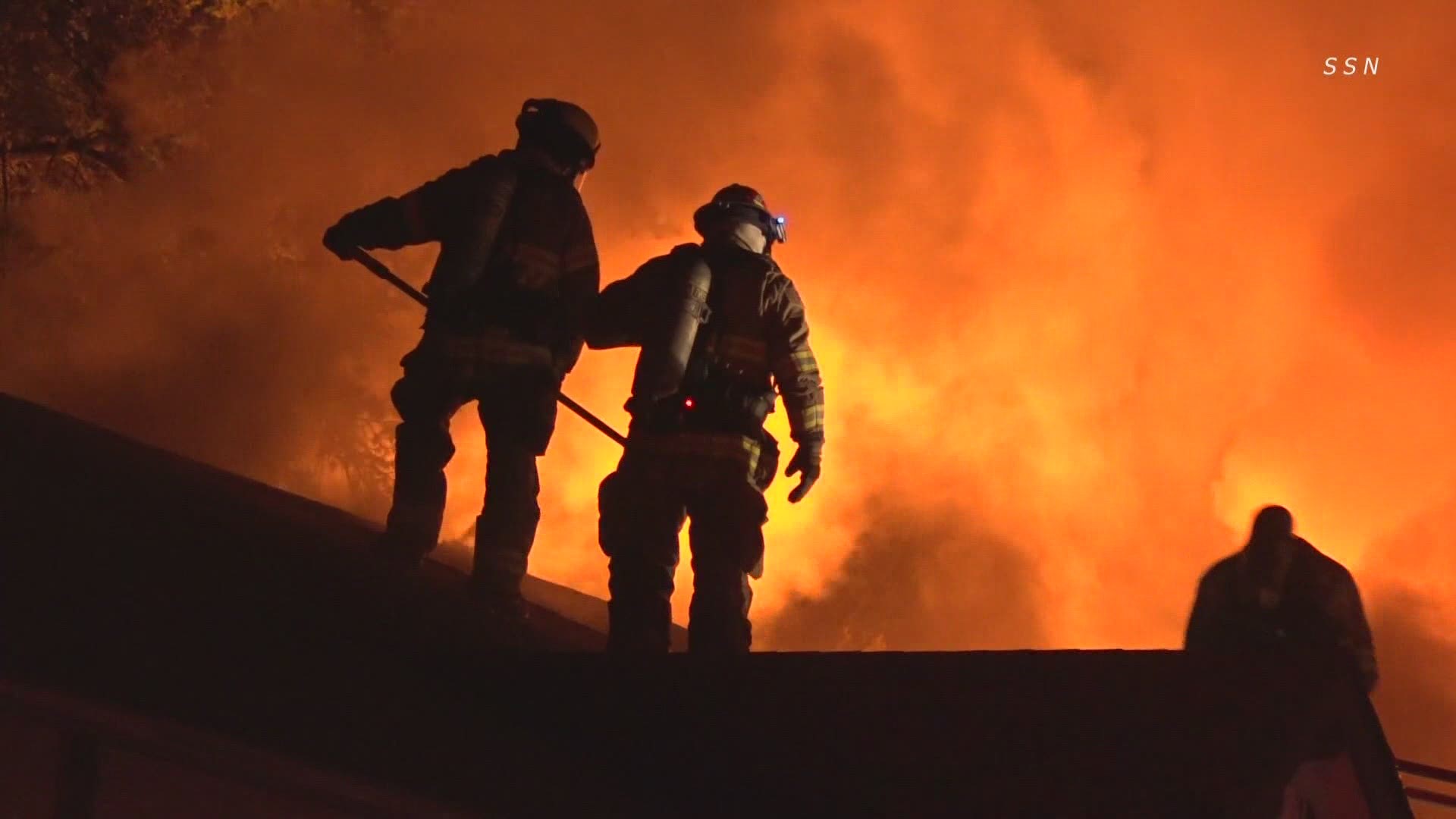 TACOMA, Wash. — Dozens of people were left homeless by a fire at a Tacoma apartment complex early Monday morning.

The Red Cross reported 75 people are displaced and 30 units damaged at the Forest Hill Village Apartments off South Tyler Street. Many residents lost everything.

“The alarm went off first," said resident Regina Ngoya. "And then the neighbors were in the parking lot yelling, ‘GET OUT! FIRE!’ Then we heard a big loud pop, like a bang, so, we just got out, we didn’t have anything we went to the parking lot, and everything was on fire.”

The Disaster Action Team and volunteers from the South Puget Sound and Olympics chapter are working with individuals impacted to provide immediate assistance, including emergency shelter and comfort items.

“We just lost everything," Ngoya continued. "We have nothing, and right now, we’re just taking it one day at a time because we even don’t know where we are going.”

“From what the investigators have gathered, it could be an exterior fire that entered the interior, and then spread up into the attic. So it looks like it was a first floor, rear of the building exterior fire," said Tacoma Fire Battalion Chief Lincoln Correa.

Ladder crews cut the roof of the apartment complex between a damaged unit and an undamaged unit which prevented the fire from spreading.

Tacoma fire crews were able to beat down the fire after six hours on the scene. Fire investigators are looking into the cause of the fire. 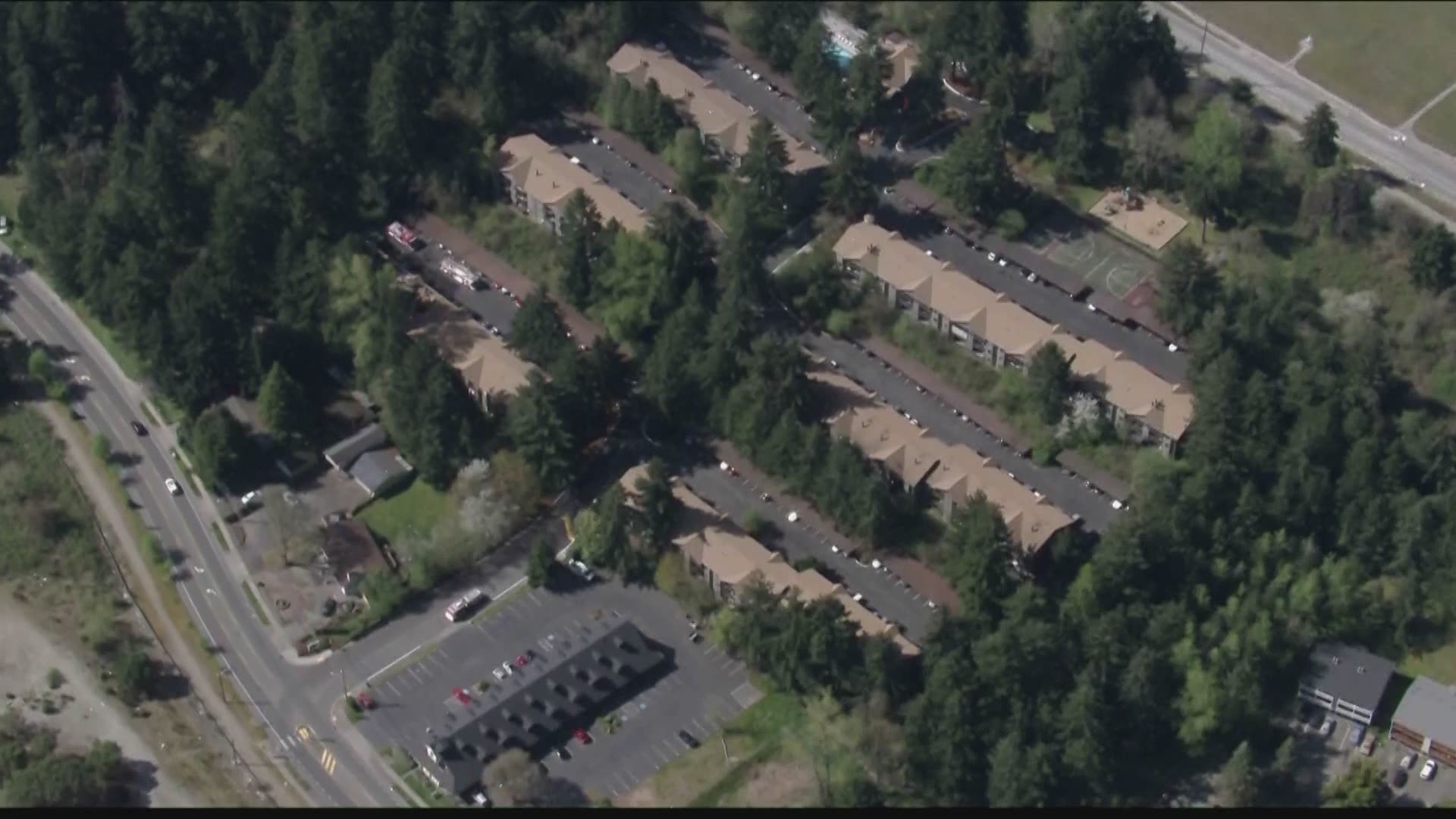 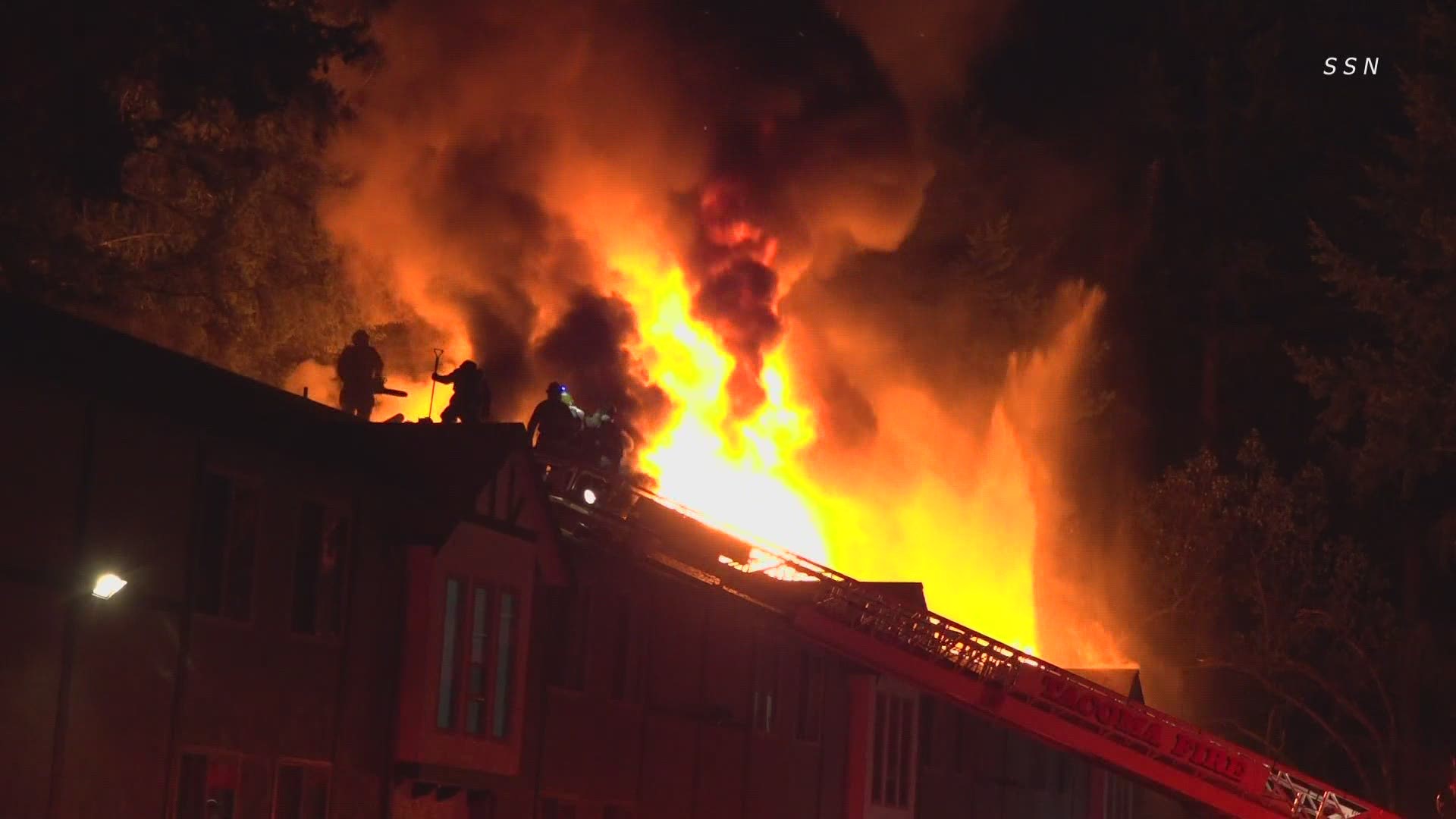