The vigil drew hundreds of people to Lister Elementary School, where the remembrance was held. 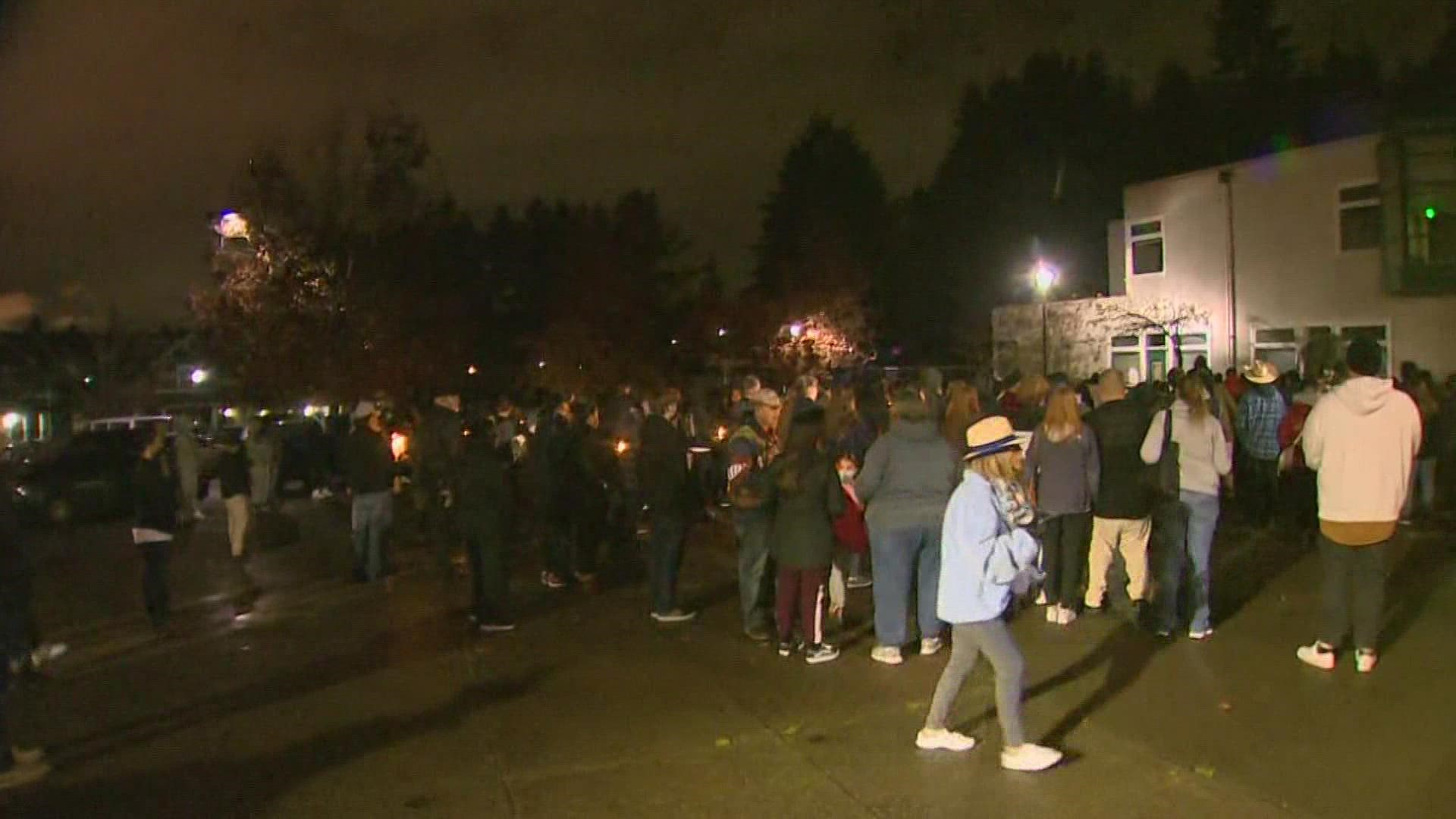 TACOMA, Wash. — The families of four victims of a deadly shooting in Tacoma held a candlelight vigil that drew hundreds of people in the community on Saturday.

The vigil was held at Lister Elementary School, not far from where the victims were shot and killed in Tacoma's Salishan neighborhood.

Louie Iese, husband to Maria Nunez and father to their son, Emery, delivered a sermon at Saturday night's vigil.

Iese is a pastor at the Tacoma Indian Baptist Church.

The parents of Natasha Brincefield also attended the vigil. Brincefield's mother, Kathina, said her loss hits her when she does everyday things like going to the store.

"It's not fair that I get to do this and she doesn't. She doesn't get to live her life," Kathina Brincefield said.

Brincefield's father said he expects justice to be served.

Tacoma Police are investigating the shooting but have not yet released suspect information or a possible motive.