Tacoma working to get homeless youth into the classroom

As students go back into the classroom, Tacoma Public Schools is working to make sure the city’s most vulnerable children aren’t left behind. 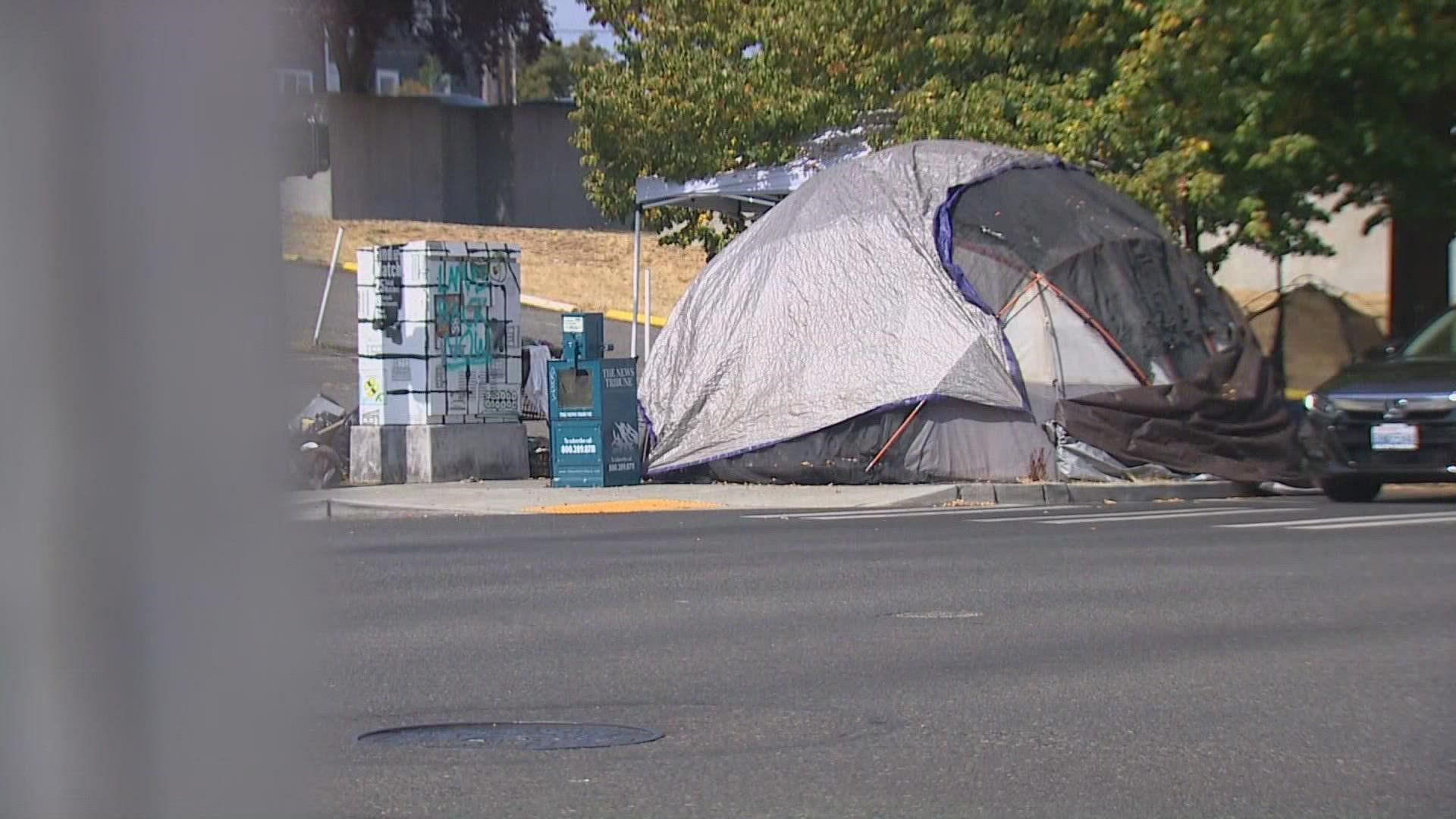 TACOMA, Wash. — It’s back to school in Tacoma.

After months of lockdowns, students are finally heading back to the school building and be with their friends. But for some, school isn’t just a place of learning, but refuge.

For many of Tacoma’s homeless youth, going back to school also means a temporary relief from the struggles they have to deal with on a daily basis.

“Am I in a safe parking lot, living in my car, what am I eating tonight for breakfast, what do my meals look like, are my clothes clean, just those basic things that we take for granted, but those things that’re all important to every student,” said Taj Jensen, Mckenny-Vento Department director for Tacoma Public Schools.

But what do we mean when we say homeless?

The McKinney-Vento Act defines homelessness for youths as individuals who lack a fixed, regular and adequate nighttime residence. This includes children who aren’t explicitly living on the streets, but are living in hotels, camping grounds, cars, or abandoned buildings.

Officials say these definitions are vital, because they help get resources to those who need them most.

“The impact of being homeless is really significant, with a lot of trauma, but the impact of even being housing unstable has about the same impact on your education,” said Gerrit Nyland, Social Services supervisor for Pierce County. “Data shows that you lose about three to six months of your year’s education, just because of housing instability.”

Students experiencing homelessness can be found across the state. Over 40,000 students were considered homeless in Washington during the 2017-2018 school year, using the definition outlined by the McKinney-Vento Act.

New numbers from the county show a sharp increase in homeless youths, but officials say this tally doesn’t even come close to telling the full story.

“It’s typically an undercount,” Nyland said. “Just like it would be really challenging to go into Point Defiance Park and, in one night, count all the deer that’re there, we can’t be successful counting everyone that’s homeless because we don’t know where the deer are located, and oftentimes, the deer don’t want to be found. ”

Tacoma Public Schools is working to make sure every student can get into the building.

“Any student who is homeless, or a Mckinny-Vento student, they get to start the first day of school, regardless,” Jensen said. “So if we had to enroll our children, we’d have to provide a birth certificate, all the things that go into the registration packet, as a homeless student, those kids get to enroll right away.”

The idea is that by getting children enrolled, schools can provide those much needed resources they might not get anywhere else.

Though school officials are preparing for the year ahead, they’re also looking what was left behind after an 18-month pandemic, and what the fallout will be after the end of assistance programs like the eviction moratorium.

“Our concern is not that there weren’t families in need, but they simply weren’t connecting in with the schools,” Nyland said. “So I think we’re going to see a lot of need coming down the pipeline that our numbers aren’t really showing.”

Tacoma is trying to prepare for that surge as best they can by having people find homes for students in need.

“That person’s sole job will be to work with school counselors, because they’re the ones with boots on the ground, and finding families that need rapid rehousing or proactive approaches to rental assistance,” Jensen said.

Tacoma’s schools know that there’s only so much they can do, and hopes that others will be able to pick up where they leave off.

“I think the one big takeaway is that our focus this year is that it’s going to take the city or a wraparound partnership to move our homeless youth in the right direction,” Jensen said.

Tacoma Public Schools is encouraging anyone who may come across a minor or young person that may not have a stable housing situation to get in touch with the district office, so they can get to connected to the resources they need.