53 tents were cleared out of People's Park. The tents were supposed to have been gone by Friday. 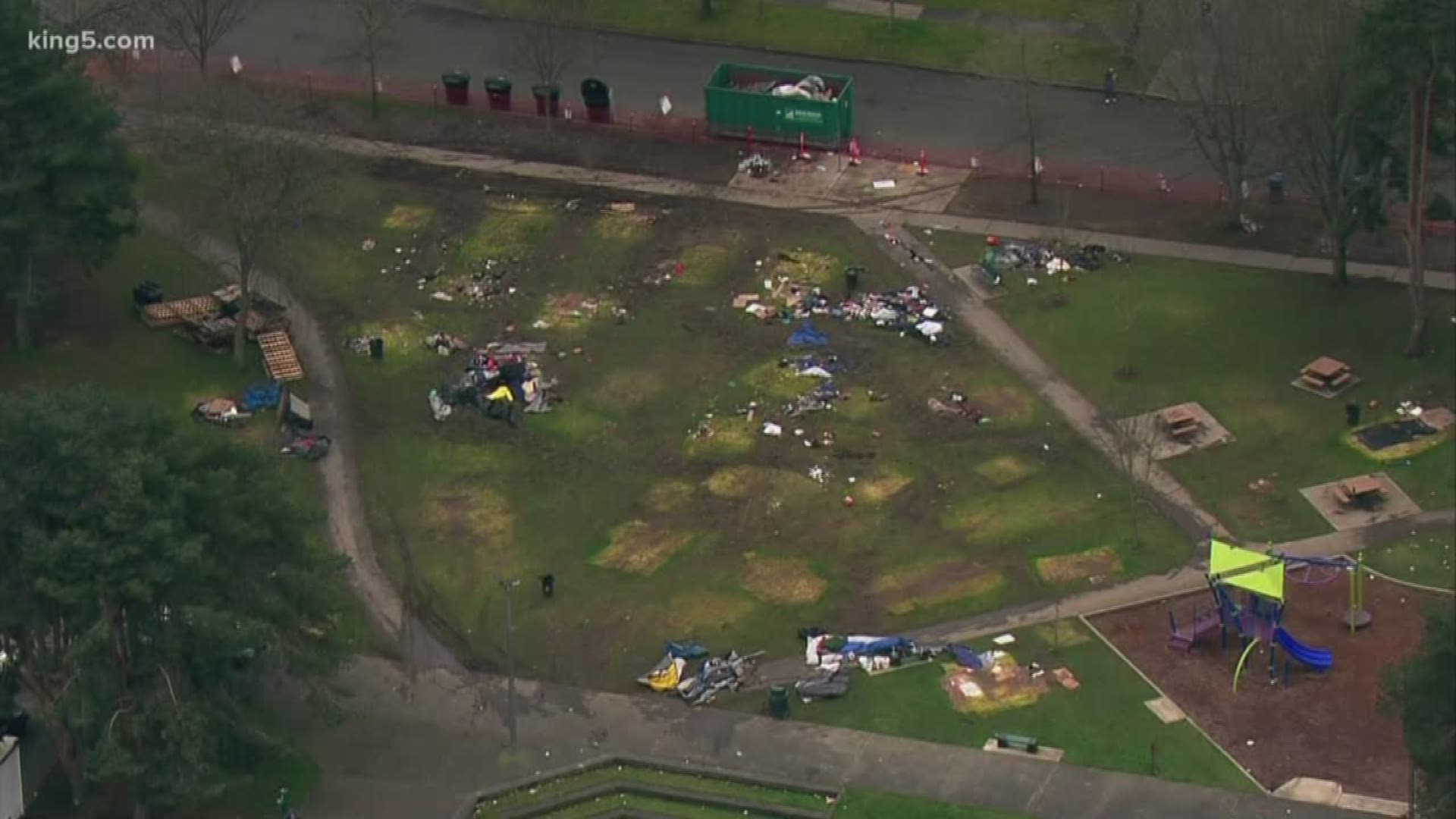 TACOMA, Wash. — The City of Tacoma will enforce a ban on some tents in People’s Park, but has no plans to forcibly remove homeless individuals or their tents from the park, according to a spokesperson.

As of Jan. 8., all 53 tents were cleared out of People's Park so crews could go in and clean up hazardous waste.

As of Friday, there were approximately 53 tents and 38 people living in People’s Park, according to the city.

The city enacted a tent ban earlier this year.

The law, which bans “walled structures” in parks and prohibits overnight camping, is expected to impact dozens of homeless people living in People’s Park.

Director of Communications for the city of Tacoma, Tanisha Jumper, said the park will reopen “early next week,” but did not give exact dates.

“We’re hoping that we can move everyone into shelter options,” Jumper added.

Volunteers working with the homeless in the park said the city is underestimating the number of people who need beds.

One woman, who identified herself only as “Zoe,” said she works with an organization called the Tacoma Mutual Aid Collective. She believes there are about 70 people in the park who need shelter, especially with more rain and snow in the forecast.

“Where are they supposed to go?” she asked” “The city is supposed to flood today. Destroying people’s tents in this weather is frankly criminal.”

RELATED: Homeless concerned new Tacoma microshelter will leave many out in the cold

Jumper said the city has arranged to store some of the belongings of those in the park for 60 days so they can access a shelter. She also said the city will handle any resistance to removal “on a case-by-case basis.”

Elder Greg Bronston, the director of the New Jerusalem Food Pantry, said some of those living in People’s Park have been unable to get into shelters, especially those with substance abuse issues.

“The housing is only limited to so many people and they’ve got to be able to pass the intake process,” he said.

The tent ban stems from an ordinance the City Council passed in October. The law makes it illegal to set up any structure within a park unless there is an authorization or it’s a temporary structure without walls. Council members passed the law in an effort to address “emerging public safety issues impacting the quality of life in Tacoma's parks.”

The ban was originally supposed to go into effect Dec. 1, but the city delayed implementation until an emergency shelter that was being set up by the Low Income Housing Institute was operational, according to Hunter George, chief communications and public affairs officer at Metro Parks Tacoma.

RELATED: Tiny home community in Tacoma will soon house up to 35 adults