Tacoma Public School officials said the cuts to paraeducator staff were necessary as the district emphasizes distance learning during the coronavirus crisis. 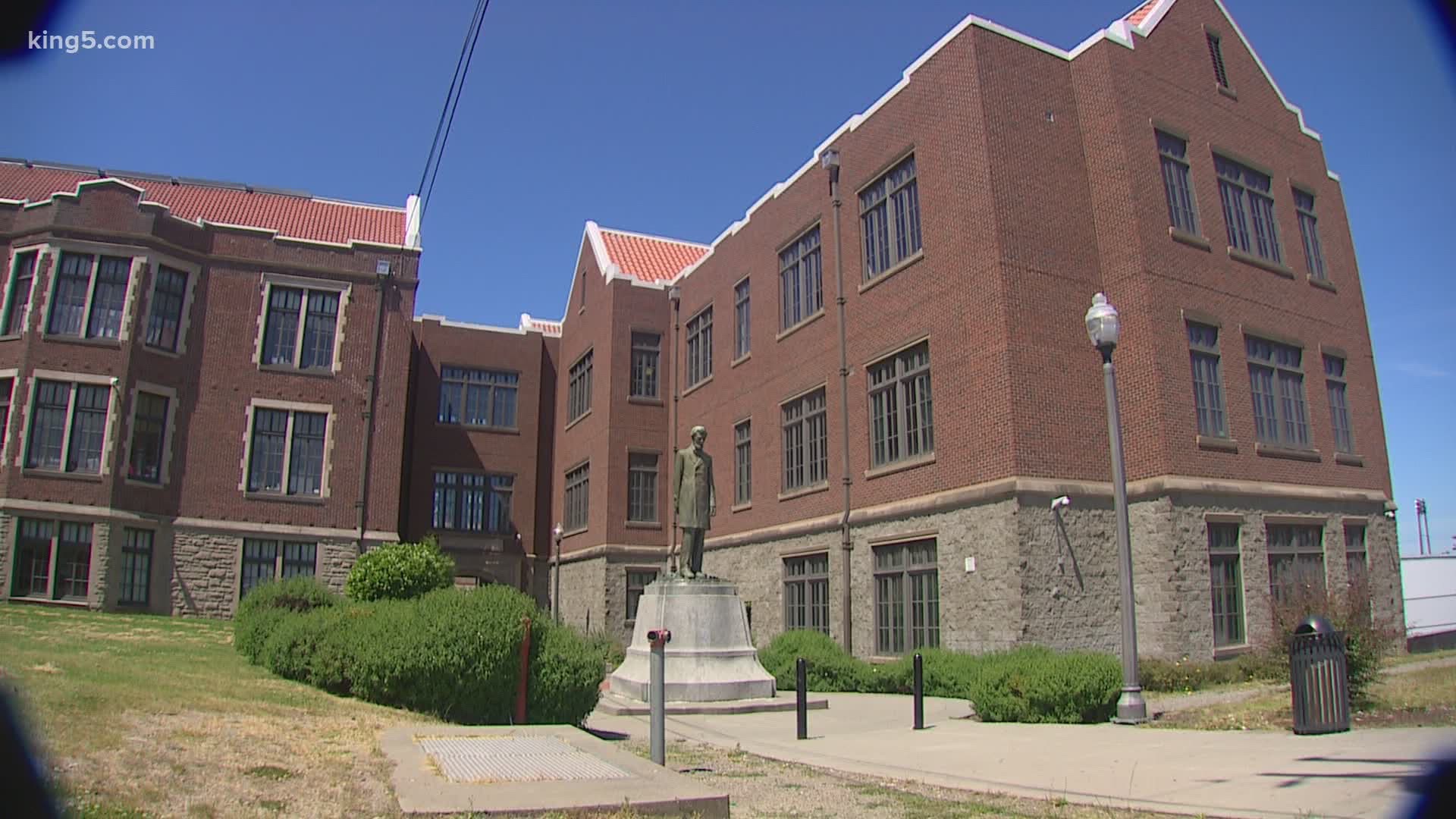 TACOMA, Wash — Hundreds of paraeducators in Tacoma Public Schools who work closely with special needs students will lose their jobs or face reductions in hours, as the district expects fewer students on campuses in the fall.

Officials with the Tacoma district said the staffing changes are necessary as the district moves toward a new model that emphasizes distance learning during the coronavirus pandemic.

“The number of kids in the classroom at various times will be much smaller and not require the assistance of a paraeducator,” said district spokesman Dan Voelpel.

As a result, Voelpel said the district will lay off 104 paraeducators and cut hours for more than 300 others.

Jazmyn Daniels is a paraeducator who works with special needs children between the ages of 3 and 5 at Fernhill Elementary School. Daniels said she was devastated to learn that the school board approved the layoffs.

“They are elected to speak for us, and they completely ignored not only parents, but staff and legislators.”

Voelpel said the district will set aside paraeducator funding and will consider rehiring staff in the future, but Daniels said she and other paraeducators will likely have moved on by then.

“I’m going back to school,” Daniels said. “I’m not doing this. I thought Tacoma was a good district. It’s not.”

Voelpel said the board understands that it risks losing some paraeducators for good.

“We’re prepared to deal with that,” he said. “It’s an unfortunate byproduct of the pandemic and what the demands of the new school models are.”

Katie Young, a Tacoma parent with two special needs children, said she is concerned that her children will bear the brunt of the board’s decision.

“I worry that that is going to further stunt that development,” said Young.

Parents who streamed the school board meeting Tuesday night said they were not only upset at the layoffs but that a vote to increase the salary of superintendent Carla Santorno by 3% also rubbed them the wrong way.

“It was a gut punch,” said paraeducator Rhonda Stinson, who said the district will cut her hours and, consequently, her health benefits.

“It was very disrespectful,” Daniels said.

But Voelpel said the superintendent’s salary and the paraeducator cuts are unrelated and emphasized that the changes are necessary because of the pandemic, not because of budgetary shortfalls.

Voelpel said nearly every school district employee would receive a salary increase in the coming year and pointed out that paraeducators received a 24% salary boost two years ago. Voelpel also said the superintendent had foregone salary increases over the past two years.

Voelpel declined to make the superintendent available for an interview but provided a KING 5 reporter contact information for school board president Scott Heinz.

Daniels said the paraeducators’ union is prepared to continue fighting the cuts.