Chief Don Ramsdell outlined a series of reforms that he said would improve the department but said he would not step down. 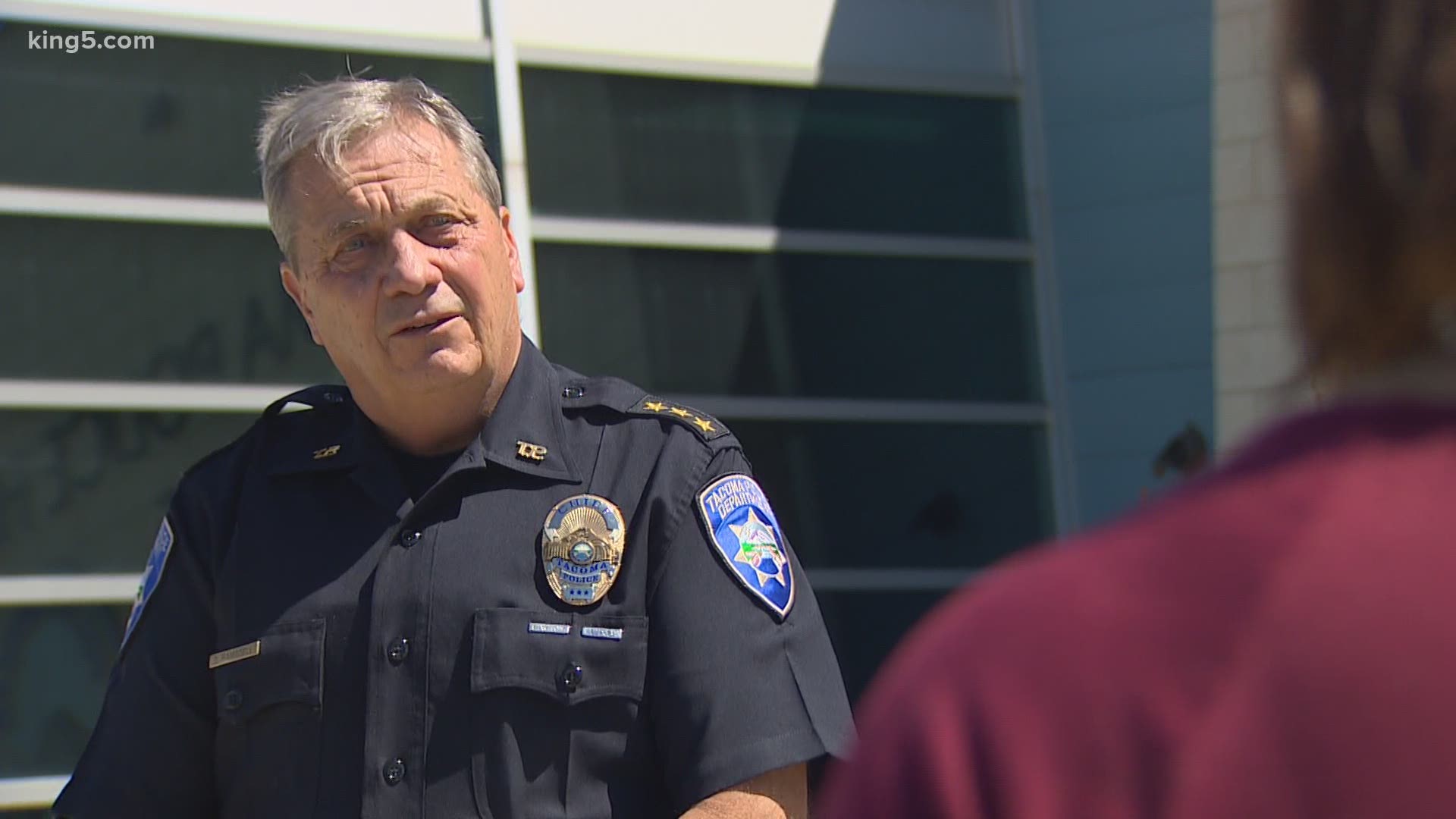 TACOMA, Wash. — In a wide-ranging conversation about racial justice and policing, Tacoma Police Chief Don Ramsdell said he would not resign over videos showing the detainment of Manuel Ellis before he was killed in police custody March 3.

Ramsdell said he could not speak specifically to Ellis’ killing because it is under investigation. An attorney for the family of Manuel Ellis has urged Ramsdell to step down, but Ramsdell said he would not.

“We’ve worked hard over the years to build into our training things for our officers to be able to work with throughout our community, including procedural justice training, implicit bias training, bias-based police training, training on crisis intervention and de-escalation training,” Ramsdell said.

He also said he is proud of his department’s handling of use-of-force complaints, including its early intervention system.

“We do investigate all complaints that come across from our citizens,” Ramsdell said. “I think we have a good process in place.”

KING 5 asked Ramsdell whether the department should evaluate whether a certain number of complaints against an officer should result in removal.

“Absolutely. We’re looking at all of our processes right now, and that is something that we’ll actually look at as well,” Ramsdell said.

Ramsdell said he is focused on making a series of policy changes at the department, including some from the viral Eight Can’t Wait police reform campaign.

In an open letter to Tacoma residents, Ramsdell recently affirmed his support for Black Lives Matter, but only after initially saying he supports “every person’s right to peacefully protest.”

KING 5 also asked Ramsdell why it took the time it did to publicly support the Black Lives Matter movement.

“I fully support Black Lives Matter," he said. "I have a great feeling that we should be, at this point in time, as well as in the past, providing fair and impartial policing throughout our community.”

Ramsdell also expressed his support for body cameras for police officers and said he would be making a presentation about body cameras at a study session at the next Tacoma City Council meeting.