Dated March 29, 2017, the note was written one month ago, but the story starts more than a decade before. 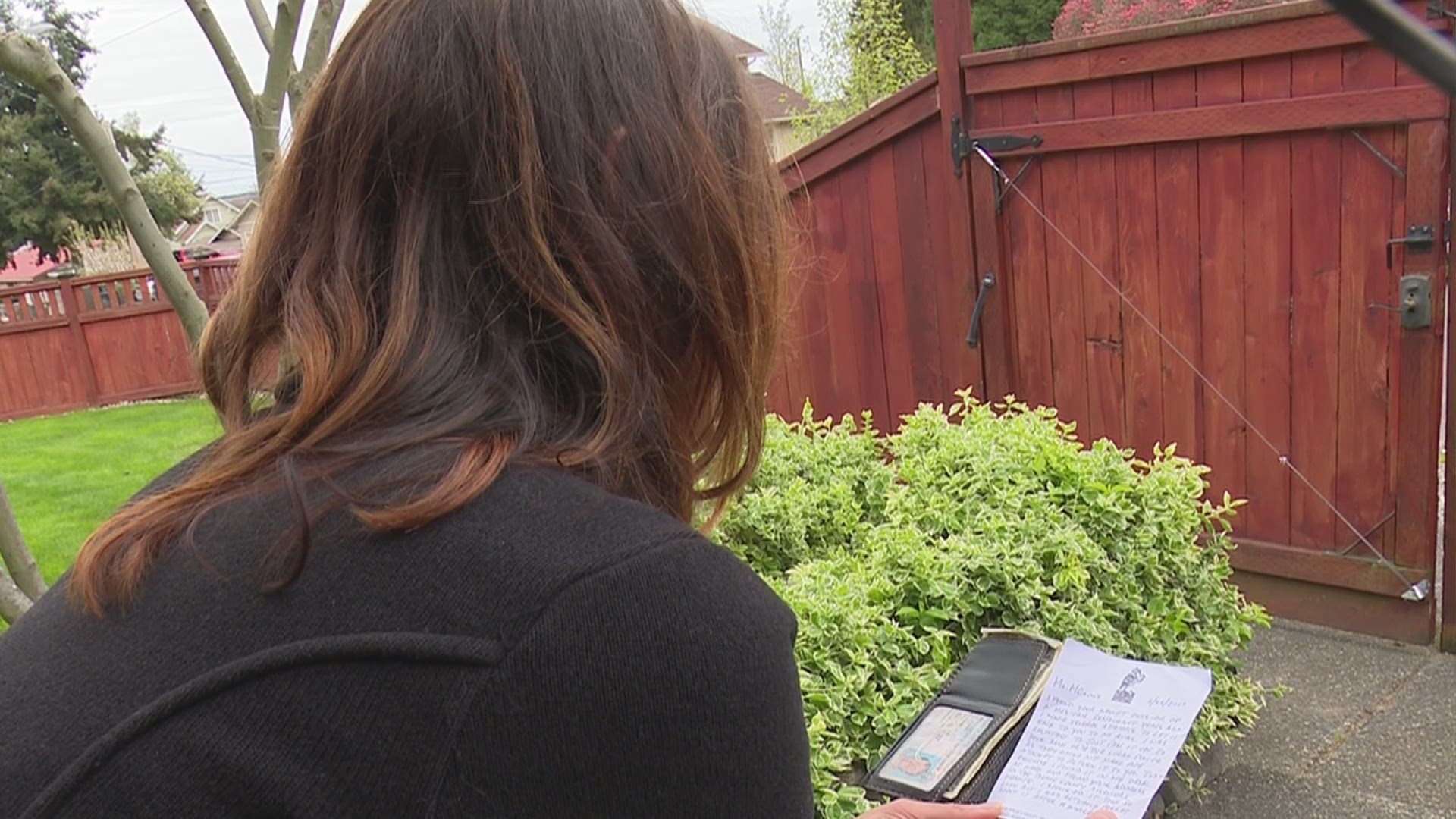 Dated March 29, 2017, the note was written one month ago, but the story starts more than a decade before.

“He was on shift, so I called him and said, ‘You are never going to believe what you just got in the mail,’” Stacy McAuley said.

A wallet that firefighter Dean McAuley says he probably lost after a scuba diving trip in Langley about 13 years ago.

“Mr. McAuley, I found your wallet outside a Mexican restaurant years ago. I made several attempts to get it back to you, to no avail. I was reluctant to give it to your bank or the local police, as they would not make any attempt to return it to you. Just recently, I found it in my desk at work and found your address on the Pierce County assessor’s website. I apologize it took so long, but I had actually forgot about it after a while,” the note read.

The anonymous message was penned on a hotel notepad from the Inn at Langley on Whidbey Island and folded inside the wallet, which still contained $11, credit cards, McAuley’s driver’s license, even bank account numbers. Everything was intact, and McAuley said his identity was never stolen.

In fact, he doesn’t even remember losing his wallet. At the time, he had no wife or kids. He says he remembers panicking and canceling all his accounts at one time, but he was focused on his career.

“It does take me back because at that time, as anyone getting into the fire department knows, your focus becomes just tunnel vision just doing your job,” said McAuley, who works for the Valley Regional Fire Authority.

Still, the message isn’t lost on him.