Tacoma man grows organic food to give away for free

A Tacoma man sets out a table in front of his house with free organic produce that he grows in his backyard. He aims to fill a need in his neighborhood and build community at the same time. 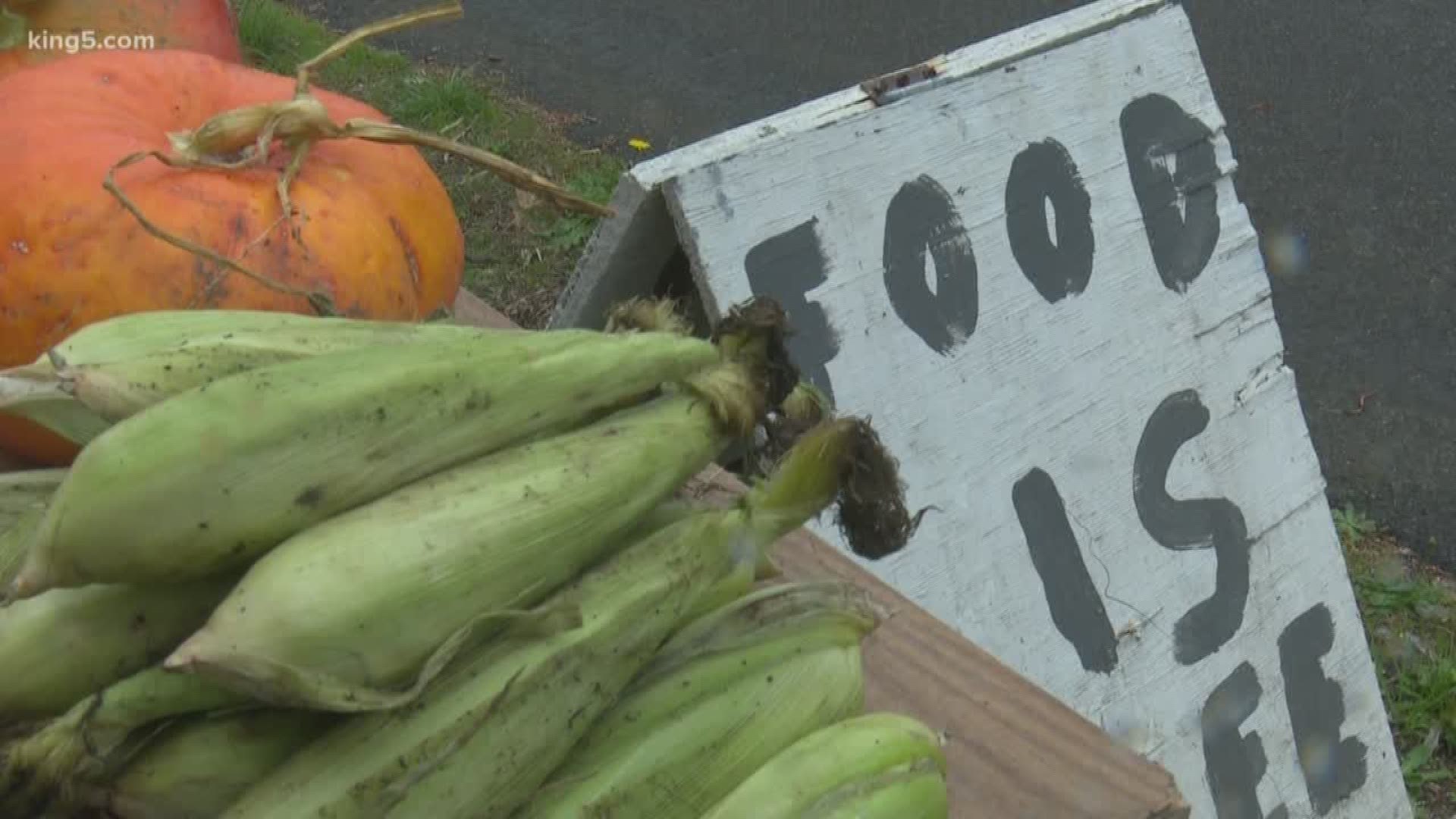 A Tacoma resident is joining the national Food Is Free Project by feeding his community from his own backyard garden.

"I grow food to give away," David Thompson said while picking snow peas.

For Thompson, the plot of land is not just a garden, and all the green leafy tops aren't just vegetables. There is a transcendence, something bigger than even the sunflowers.

"It is really hard to get fresh produce if you don't have any money. I have chickens here, so I give away eggs as well," Thompson said. "Some people just say, 'Thank you.' They'll yell it from the street. 'Thank you!'"

Three years ago, Thompson decided to join the movement that encourages people to grow food to feed their community, even if it's just a couple tomatoes or some herbs. The idea is as simple as planting a seed: grow a little extra and give it away. 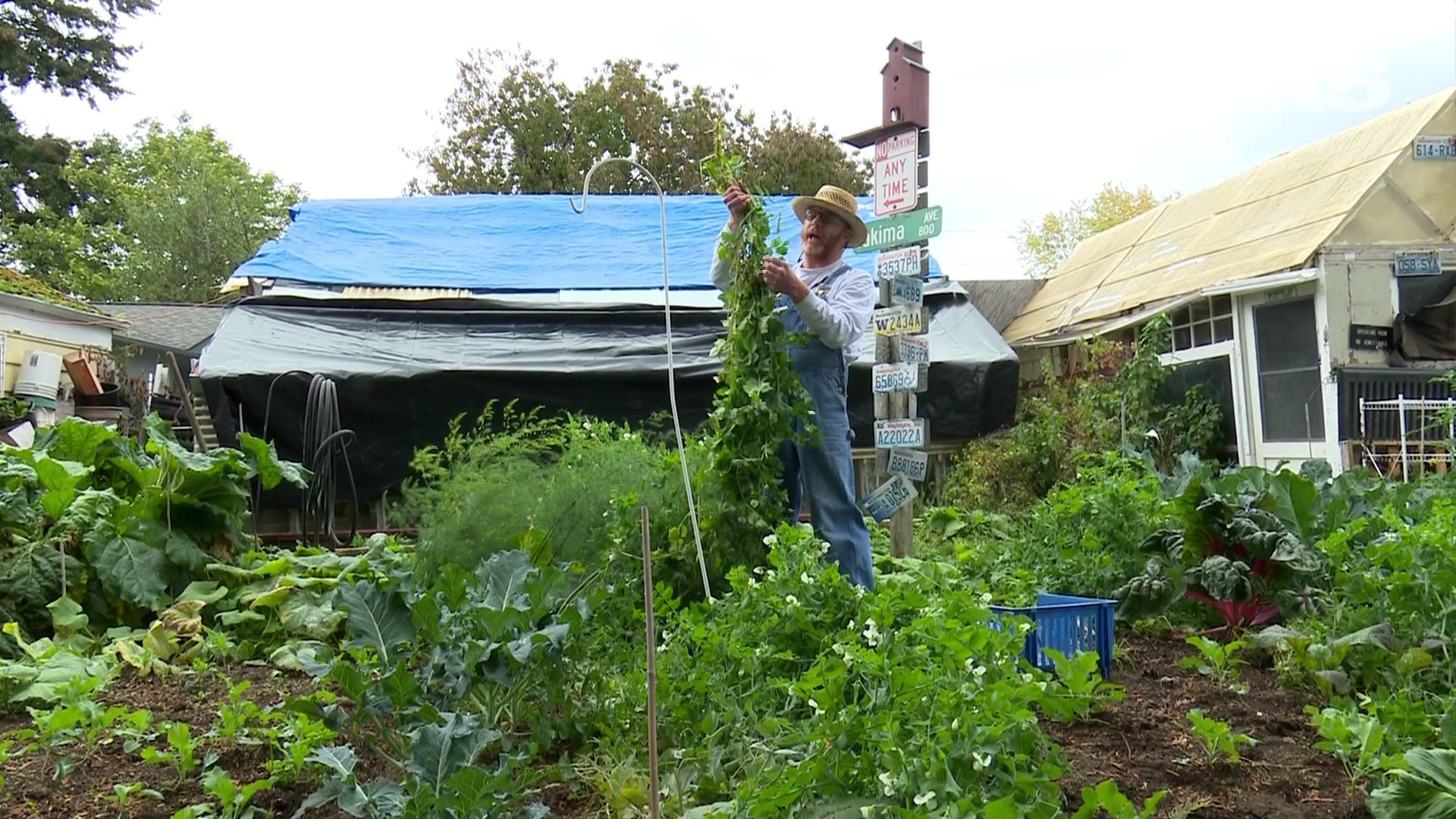 "That way you build community. Your neighbors start to talk to each other. The idea is that it will ripple outwards, and people will start putting up their own tables out front," Thompson said.

Thompson lives in a high poverty area of Tacoma. The grocery stores, he said, don't have a large variety of organic fresh vegetables. But he has more than he needs.

He sets out a table in front of his house with a big "FOOD IS FREE" sign. It took a while for people to take what he offered. He remembers his first few offers of lettuce wilting in the sun. Now, the table is a staple on his street.

"I'll set it out here. People drive by and pick it up. I don't put bags out here so somebody doesn't pick up all of it," Thompson said with a laugh.

Thompson's already noticed at least one other neighbor setting out a table. Just like a meal, the movement is meant to be shared. It's a way to bridge differences, because no one is exactly alike, but everyone has to eat.

"Food can do that," Thompson said. "Food and growing your own stuff and giving it away can build that community."