2 dead after speeding car crashes into parked car in Tacoma

Two people are dead and another person injured after a car crash in Tacoma late Thursday night. 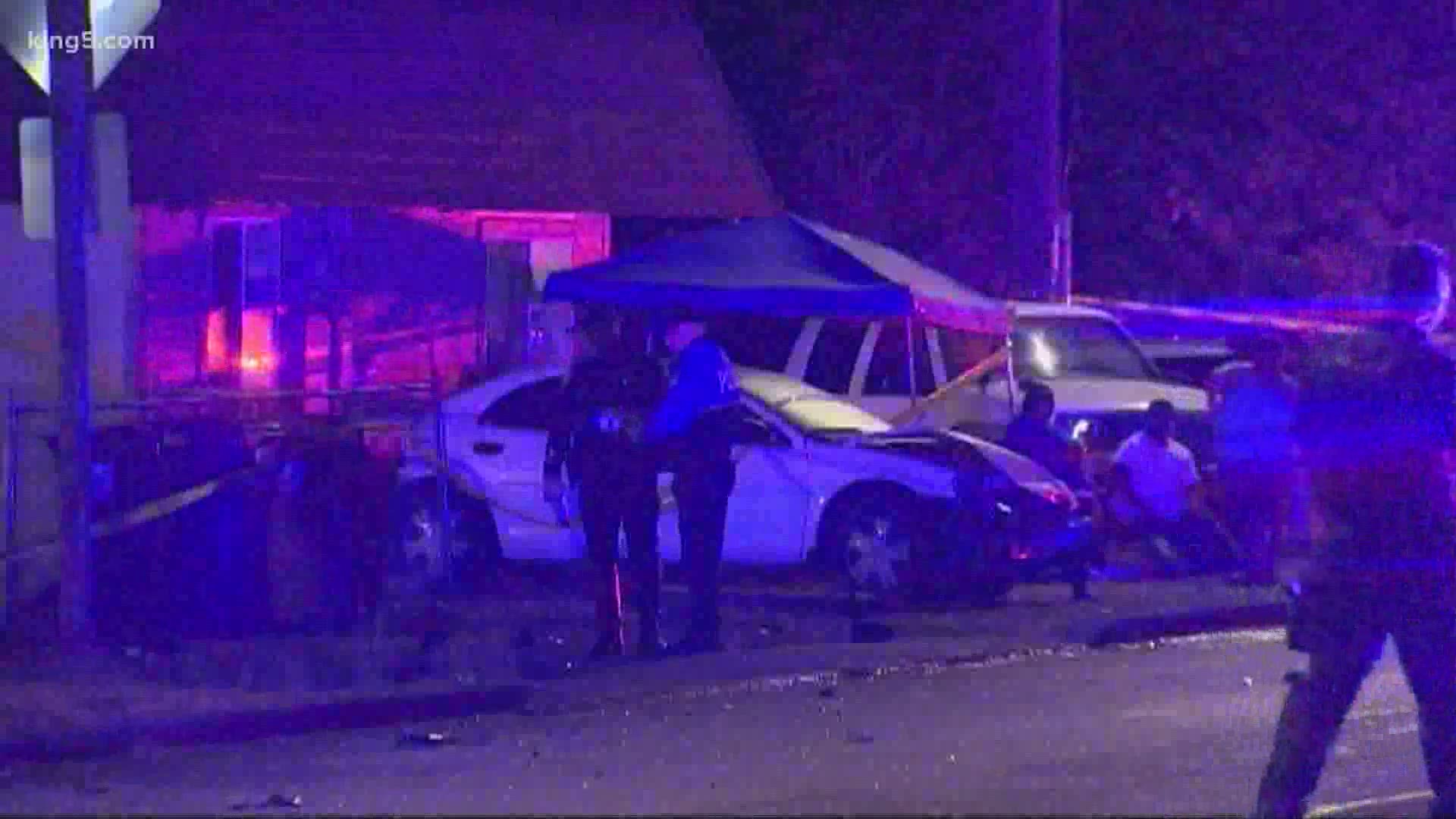 According to police, the driver of a white vehicle fled at a high rate of speed after a minor crash around 11:30 p.m. The driver of the white vehicle hit a traffic circle at S 84th Street and S Park Avenue and then crashed into a parked vehicle with someone inside.

S Park Avenue between S 84th and S 90th streets was closed for over seven hours while police investigated. The roadway reopened around 7:30 a.m. Friday