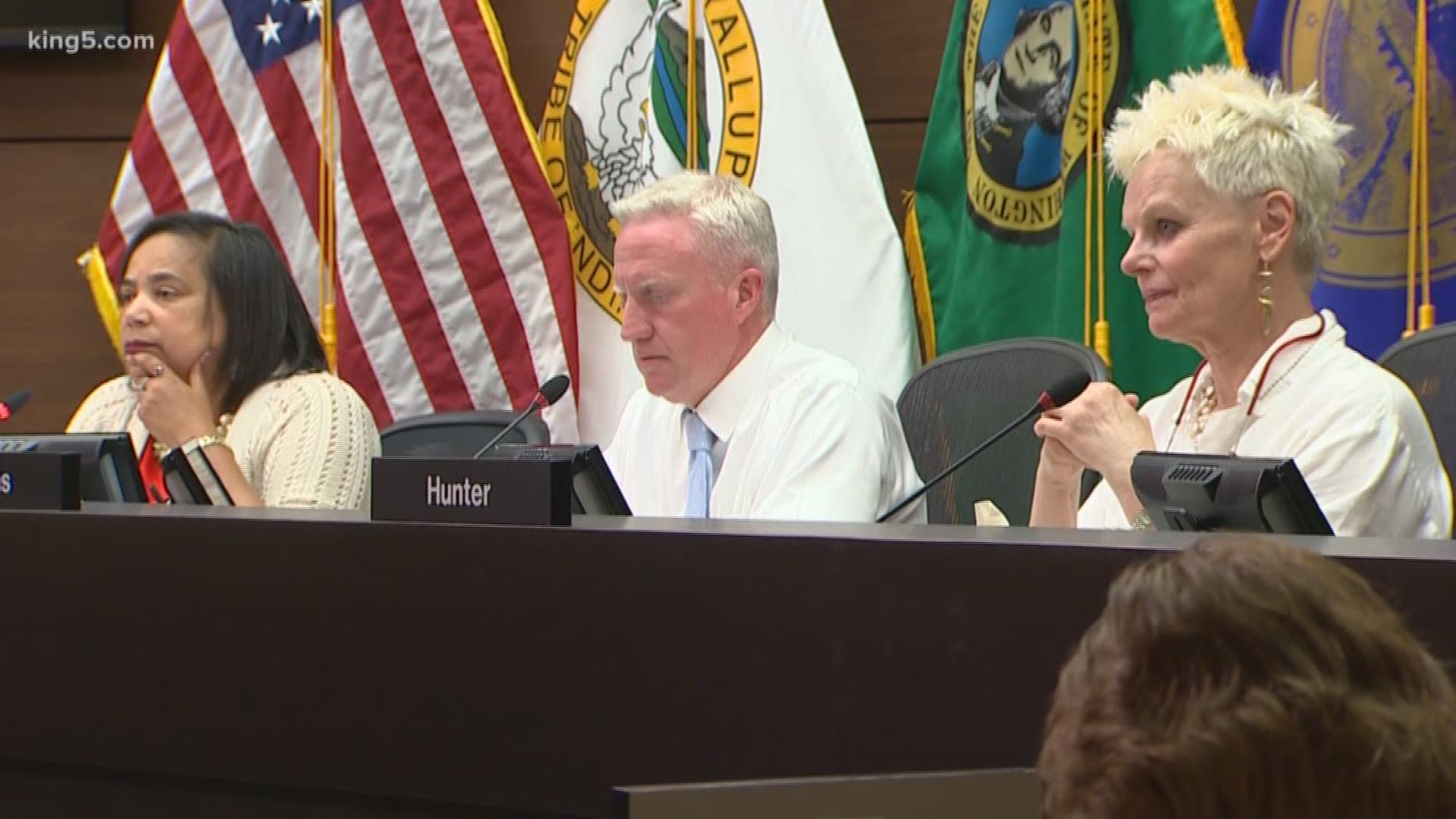 The resolution encourages working with the newly established Transit Oriented Development Advisory Group made up of residents and business owners who may be affected by the light rail expansion.

Specific recommendations for the East Tacoma Station include pedestrian access south of I-5. Sound Transit plans to build the line primarily west of north of I-5. The city council suggests either a pathway underneath I-5 or a pedestrian bridge over the interstate.

The city council also wants a lack of parking near stations to be addressed.

For the Tacoma Dome Station, the resolution states that the East 26th Street In-street option is preferred by the community. However, the Puyallup Tribe has expressed concern over that option. The city council suggests if this location is chosen, it should be shifted west so it is not adjacent to the Tribe's property and more in-line with East D Street.

However, the resolution doesn't completely rule out of the idea of an underground alternative. The council suggests further exploration of the idea to analyze and compare the cost and benefits of an underground versus elevated station. An underground option would also need to take into account any impact on the Puyallup Tribe's cultural resources.

Parking is also a concern at the Tacoma Dome Station as the council cited parking problems during peak times. They also want the options studied further.

"Sound Transit should recognize that Freighthouse Square is an iconic structure and avoid physical destruction to it, unless it can be functionally and aesthetically incorporated and enhanced as it was through the Amtrak Station project," the resolution also says.

You can read the full resolution here.

"This is a significant infrastructure investment and we owe it to the citizens to make sure that we study the alignments that make sense and we give direction to what's important to us." Mayor Victoria Woodards.

The light rail extension will connect Federal Way to the Tacoma Dome and is expected to be completed in 2024.