The video of the November incident went viral recently in the wake of recent attacks targeting Asian Americans that have received national and local press. 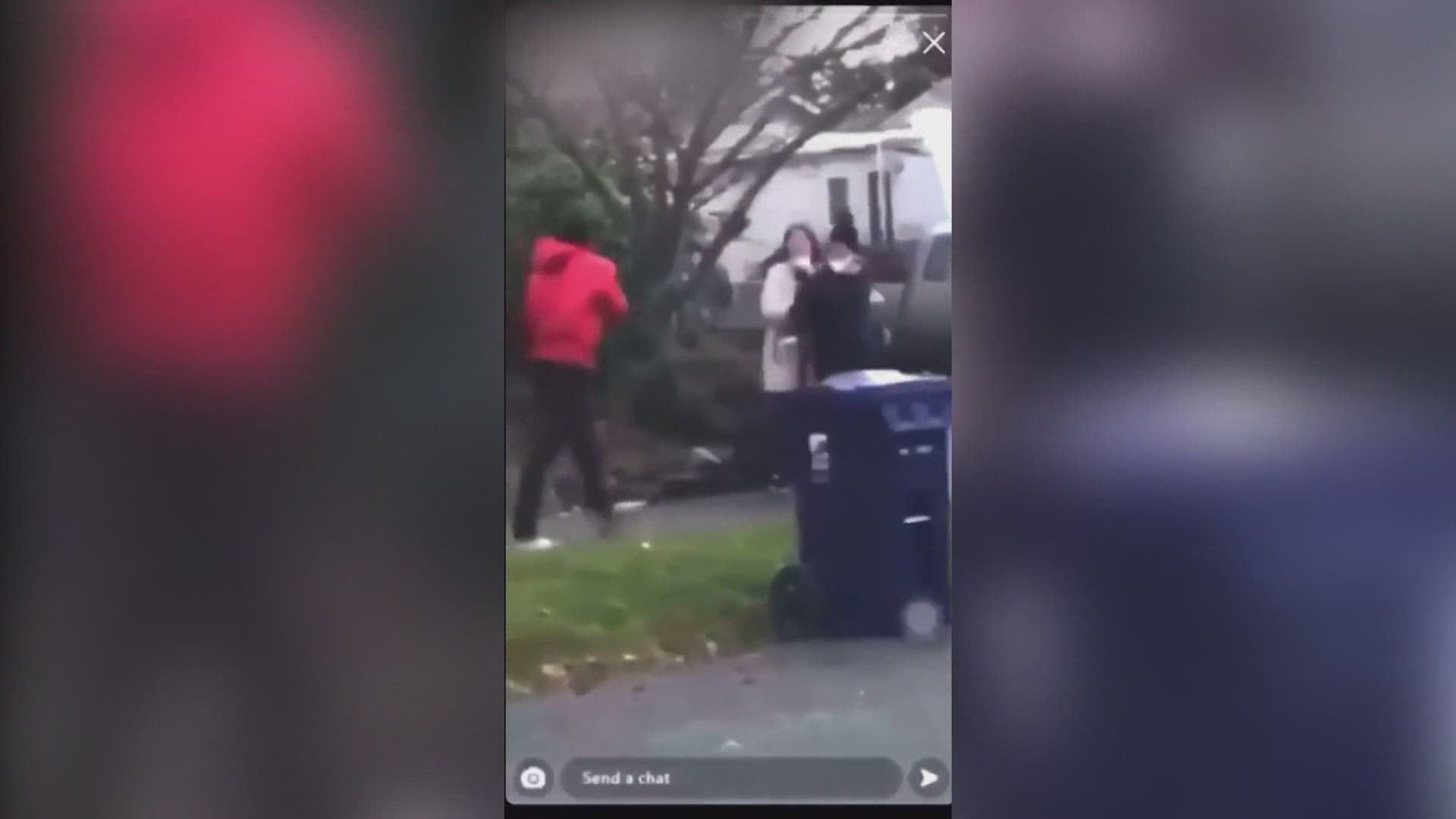 TACOMA, Wash. — The Tacoma Police Department took a 15-year-old into custody Friday in connection with an alleged assault on an Asian couple that was caught on video and started circulating on social media recently.

The attack on the man and woman took place in November, but the video was recently circulated as the rise of attacks nationwide targeting Asian Americans has become local and national news. The increased awareness has spurred national and local leaders to speak out against hate crimes against Asian Americans.

According to court documents, the couple was walking home when the suspect, who was with three other people, deliberately bumped into the man and fell over while trying to sweep the man's leg.

The suspect then started punching the man when the man tried to help him up, according to court documents. The man suffered a broken rib during the attack.

The incident was reported to Tacoma police at the time, but the victims didn't know about the video until this week, according to the police.

Tacoma Police said that this week the public informed police about the video that was circulating online, but that police did not immediately connect the video to the November attack on the couple.

The daughter of the victims, who are in their 50s, called the police after they saw the video on the news, said Tacoma Police spokesperson Wendy Haddow.

The police identified the suspect after community tips from the City of Tacoma help line, 911 and on social media. The 15-year-old, who was 14 at the time of the alleged assault, was already scheduled to be in court on Friday, and that's where police took him into custody.

He faces charges of Assault 2nd Degree, according to the Tacoma Police. Police do not have a motive for the attack. The couple told police they did not hear any racial slurs during the attack.

While the alleged attack was not immediately classified as a hate crime, the video circulated recently as awareness has been spreading of the nationwide rise of hate crimes targeting Asian Americans because of their ethnicity.

Hate crimes against Asian Americans jumped 149% from 2019 to 2020 in 16 of America's largest cities including Seattle, according to a study from California State University, Santa Barbara.