A Foss High School student was suspended after a controversial Facebook post, but she claims the suspension was retaliation for a previous incident. 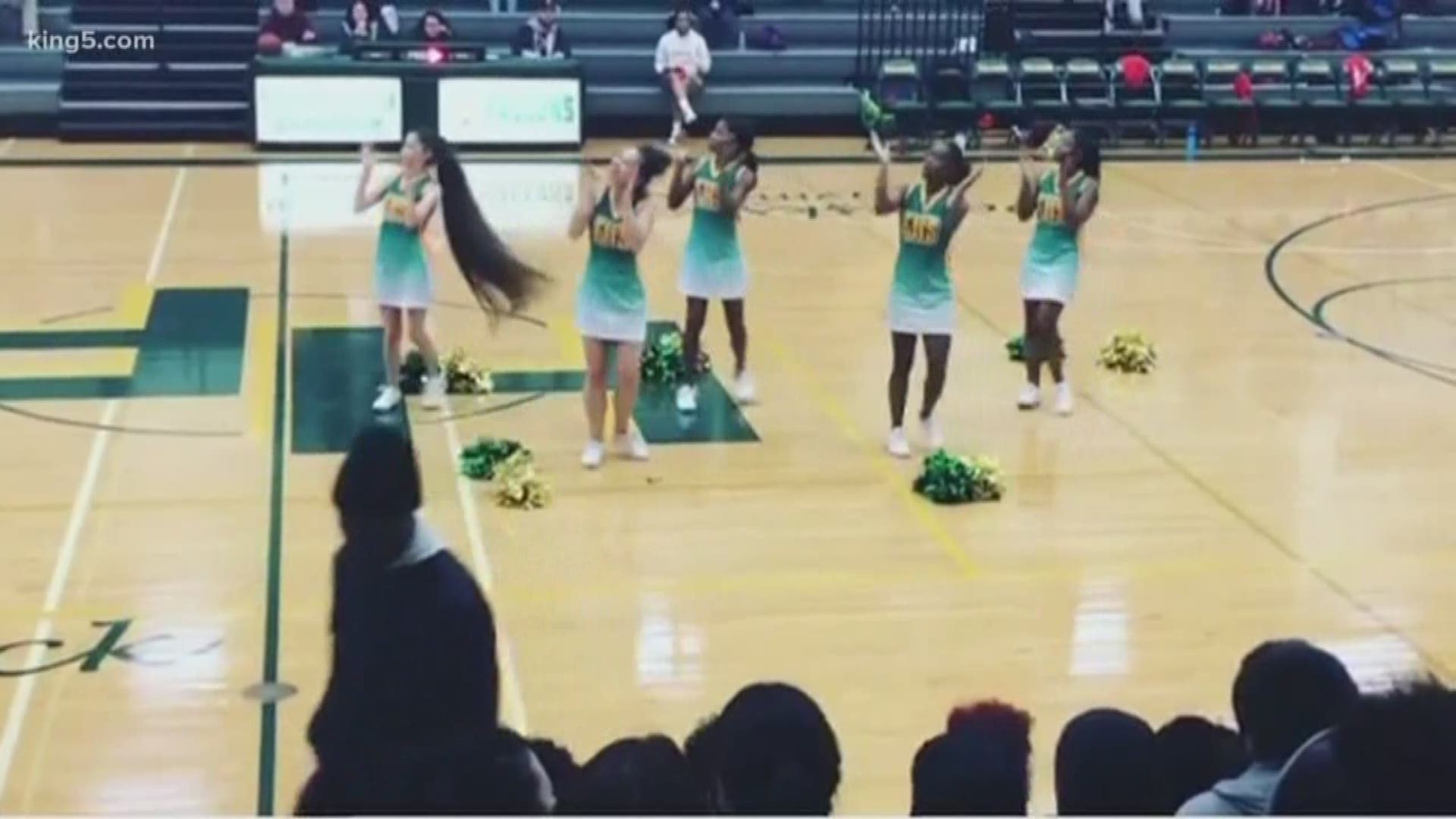 A Tacoma high school student was suspended for nearly a month after warning others about a possible school threat, and an investigation found the suspension may have been retaliation from the school's vice principal.

A'Zhane Harris, a sophomore and a cheerleader at Foss High School, said a vice principal, who is white, told one of the girls on the cheerleading team at the end of last year that the team and their cheers were "ghetto."

"Ghetto isn't a term you call a group that has majority black girls on it," she said. "She didn't apologize. She still hasn't apologized about it."

"Rarely would you call a group of white girls ghetto. You just wouldn't degrade them that way," said Emily Harris, A'Zhane’s mother. "When you work in a school whose student base is a large ethnic base, you have to have that knowledge. You have to have that understanding."

Parents and community members came together to file a complaint with the school district in January.

Then, shortly after the Parkland, Florida, school shooting in February, A'Zhane recalls another student said something disturbing.

She reported this incident to the principal but no immediate disciplinary action was taken.

"The next day I saw him at school I said, 'Well if someone threatened to shoot up the school, they're not going to be at school the next day,' and so I went on Facebook and made a post of it," she said.

Foss High School sophomore&nbsp;A&#39;Zhane Harris posted on Facebook after she says another student &quot;threatened to shoot up the school.&quot; (Photo: Screenshot / Facebook)

It was that Facebook post that, she said, got into the hands of the same vice principal who called the team ghetto.

"The office got ahold of it. They tried saying that I cyberbullied this kid and…my intent was to cyberbully this kid," said A'Zhane.

A'Zhane said she was suspended for 15 school days.

"The reason why I feel like this vice principal came after me is because of the cheer situation and because she knows I am a cheerleader and she knows that I was involved with, and I think she was mad and targeted it toward me and another cheerleader,” she said. 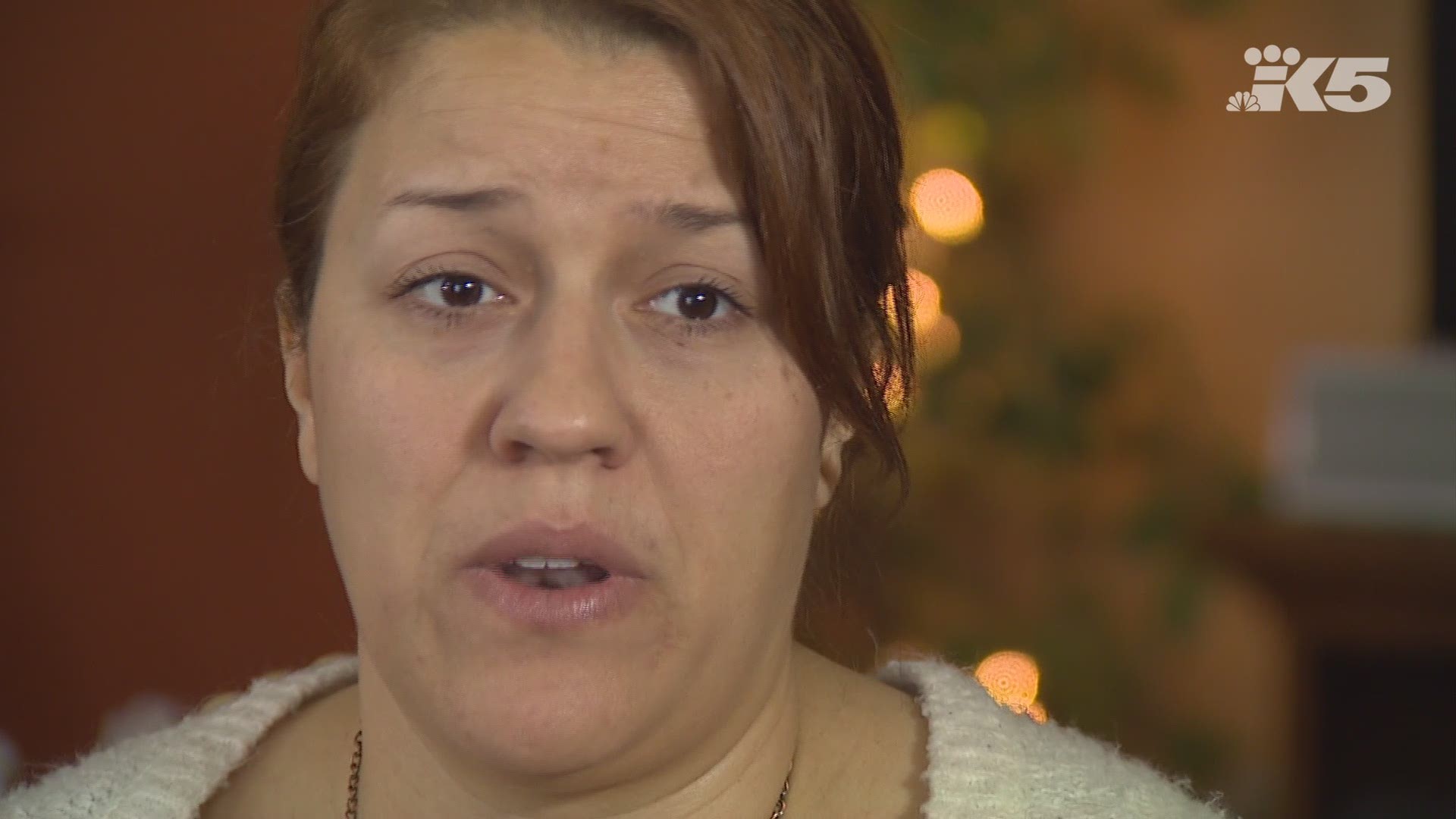 The district hired an outside investigator who concluded there was enough evidence that the suspension could be perceived as retaliation and that the district should clear A'Zhane's record.

"To punish a kid for blowing the whistle when she hears a viable threat and to say that she bullied the student back just made no sense," said Emily.

Emily said the district is in the process of clearing the record of the cheerleader as a result of the district's report that determined the connection between the comment and the suspension.

“Sometimes, in our effort to err on the side of safety, we don’t always get it right,” Voelpel said in a statement.

Voelpel said the district would continue to train staff on what is and isn’t cyberbullying.

“We want our students who hear of threats against a school to report them to 911,” Voelpel said in a statement. “We’re thankful that the investigation in this case got to the truth, and we were able to clear the record of the Foss student who reported the threat.”